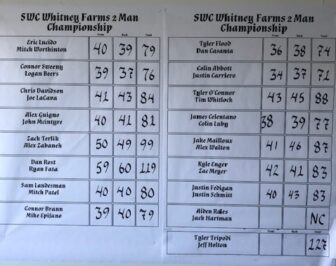 Their combined score of 71 was the lowest among the 17 two-man-teams.

They beat the second place team of Tyler Flood and Dan Casanta by three strokes and the third place pair of James Celentano and Colin Luby by six, while finishing with a commanding lead over the rest of the field.

Masuk Coach Robert Pagel was grateful to Whitney Farms for hosting the tournament. 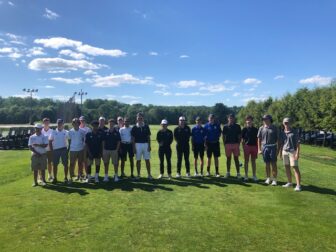 “Thank you to the owner, Jim Bargas, and golf pro, Billy Street, for creating a professional style atmosphere for all the SWC golfers,” Pagel said. “They donated awards and trophies to the tournament.”