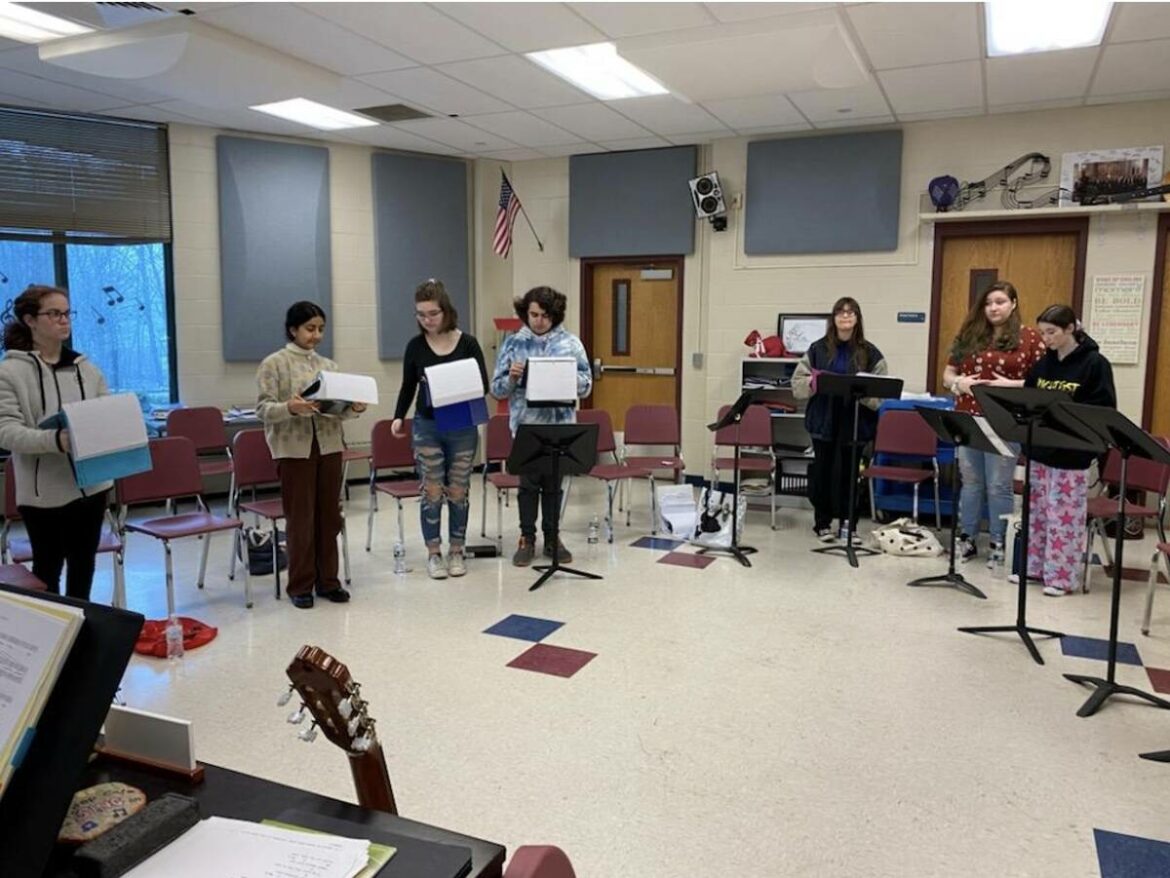 MONROE, CT – Masuk’s production of “Into the Woods” is coming to the high school’s Performing Arts Center on Saturday, March 26, and Sunday, March 27.

Take a journey into the enchanted world of magic beans and moonlit nights, towering giants and handsome princes, and fates sealed (and unsealed). Familiar storybook figures such as Cinderella, Little Red Riding Hood, Jack, and Rapunzel cross paths with the childless Baker and The Baker’s Wife on their quest to reverse the Witch’s curse on their fruitless family tree. But as the characters descend deeper into the forest, they find that getting what you wish for doesn’t always end happily ever after.

Stephen Sondheim’s witty, powerful score and James Lapine’s imaginative, darkly humorous book combine to make the Tony Award-winning “Into The Woods” a favorite among musical lovers and a timeless masterpiece.

“This show is extremely relevant, as we are coming back into our ‘normal’  lives. It has been a great way for students to reflect on the past two years,” said Tom Simonetti, the director. “The show starts off with these familiar story book characters who are living idyllic simple lives, who are suddenly thrown into panic and chaos. Many look at this show as a cutesy, fractured fairy tale … but in reality it reflects the past two years of what the world has gone through – and will continue to go through.”

Performances of “Into the Woods” are scheduled for Saturday, March 26, at 2 p.m. and 7 p.m., and Sunday, March 27, at 1 p.m. and 6 p.m. at the Masuk High School Performing Arts Center. Tickets are $15 for adults and $10 for students and seniors. For tickets, visit showtix4u.com. For information, send an email to [email protected].

“With Stephen Sondheim’s recent death, this show has even more levels to it,” Simonetti said. “In doing our pre-work as a cast, we looked a lot into Mr. Sondheim’s own life, especially what he has said about his own relationships to his mother and father, to help build the relationships that the parents in the show have with their children. This show is a warning to adults to be careful what they pass down to the next generation, and we are working together to make that clear as an ensemble during the rehearsal process.” 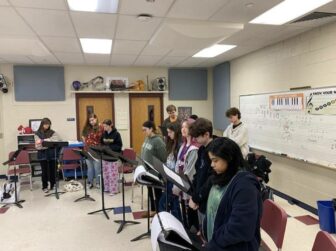 The production is directed and designed by Tom Simonetti, musical direction by Keri Salustri, costumes by Anna Cretella, lighting by Rob Primorac, set construction by Anthony Simonetti and Sound by Bob Bachman.

The orchestra is conducted by Mike Ances and the production is stage managed by Christopher Tierney, assistant directed by Maggie McShane and is produced by Sharon Bartek with student choreography Samantha Cornut.