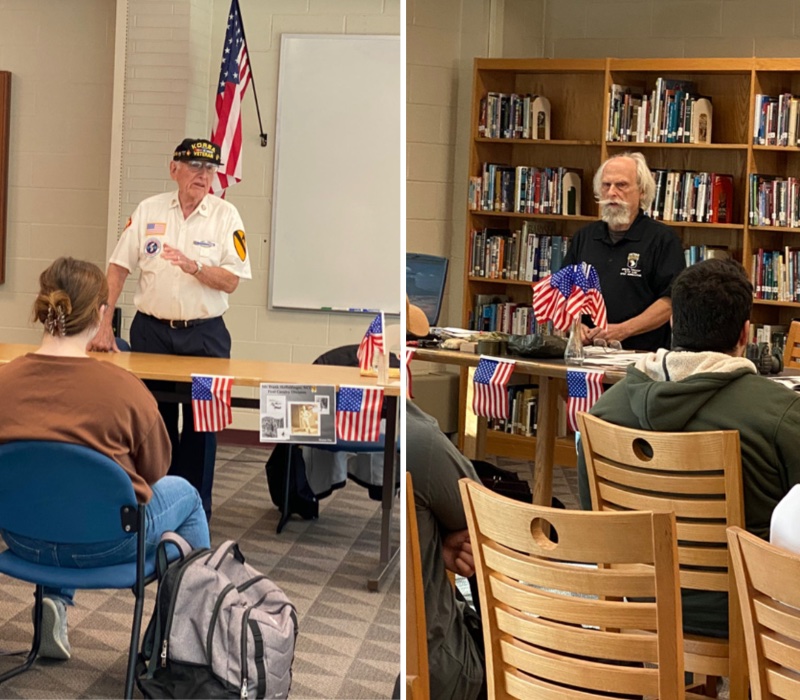 MONROE, CT — Veterans, whose service spanned different decades and military conflicts, shared their stories and experiences with Masuk High School students Wednesday, in what is an annual school tradition around Veterans Day.

For the first time since the COVID-19 pandemic, Masuk hosted veterans, who made several presentations in the library. 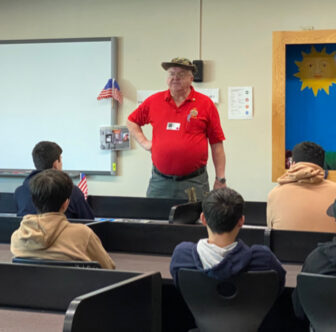 Jan Larsen, a veteran and longtime Monroe educator, speaks to students at Masuk.

Frank Heffelfinger, a noncommissioned officer in the First Cavalry Division during the Korean War, shared many stories about what life was like as a 20-year-old drafted to fight in the war.

Jan Larsen, a veteran and longtime Monroe educator, captivated students with the sounds of artillery the soldiers heard at night.

John Esposito, a Vietnam war veteran, spoke of his mathematics background, and being drafted and sent to the jungles of Vietnam despite being employed by the government in important work stateside.

Victor Yanosy, an aerographer’s mate in the Navy, described his time in Cuba, Hawaii, and many other places he was stationed during his long military career.

Students in attendance asked questions about the veterans’ service, from the parts they enjoyed and how they spent their free time, to the advice they would give students their age. 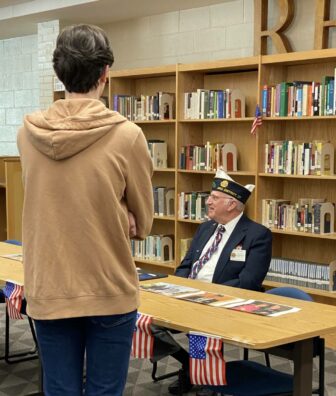 Victor Yanosy, an aerographer’s mate in the Navy, talks to students in the Masuk media center Wednesday.

Students leaving the presentations thanked the men for their service and expressed their gratitude over the opportunity to hear such amazing stories, according to Jamie Sherry, the district’s instructional leader of social studies K-12.

“Masuk is very lucky to have the support of such amazing veterans who share their time with the students and staff,” Sherry said.

Following the presentation, the veterans enjoyed a lunch catered by the Masuk Culinary Arts program.

“Chef Peggyann Diaz and her students crafted a delicious lunch for the veterans to enjoy with some patriotic spice cake for dessert,” Sherry said.