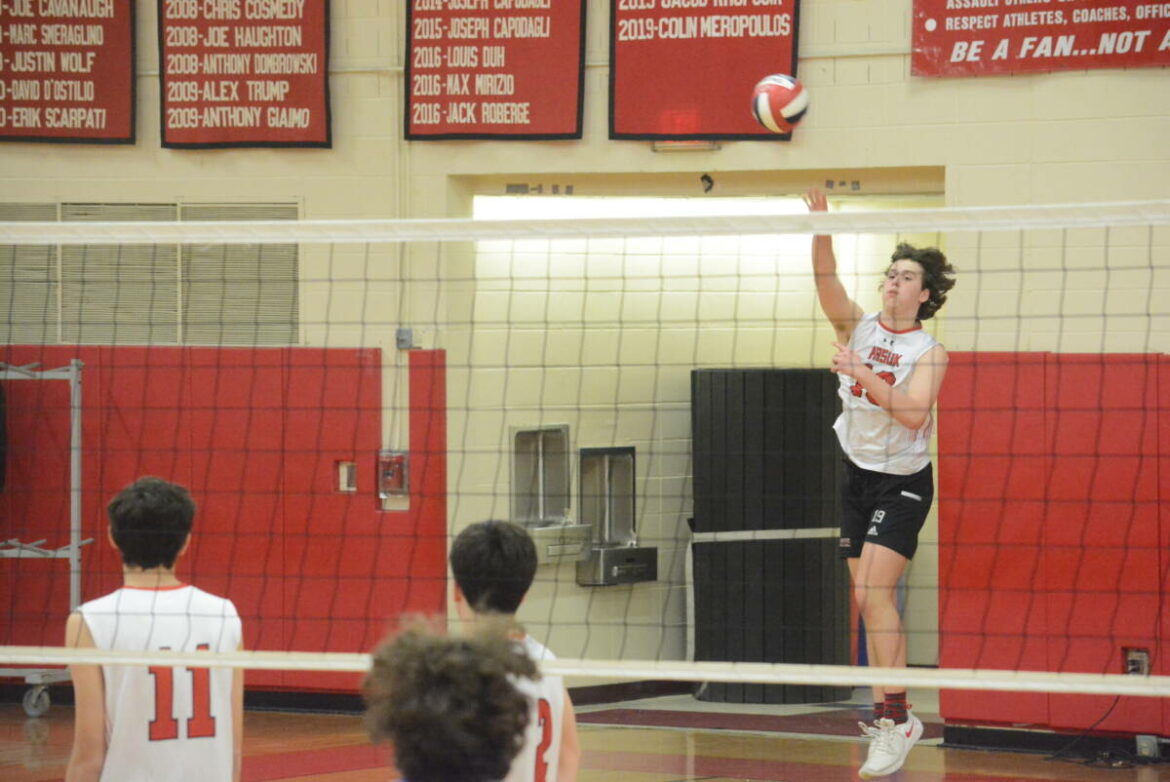 Nate McCauley hits the ball over the net for Masuk in an earlier match against Newtown.