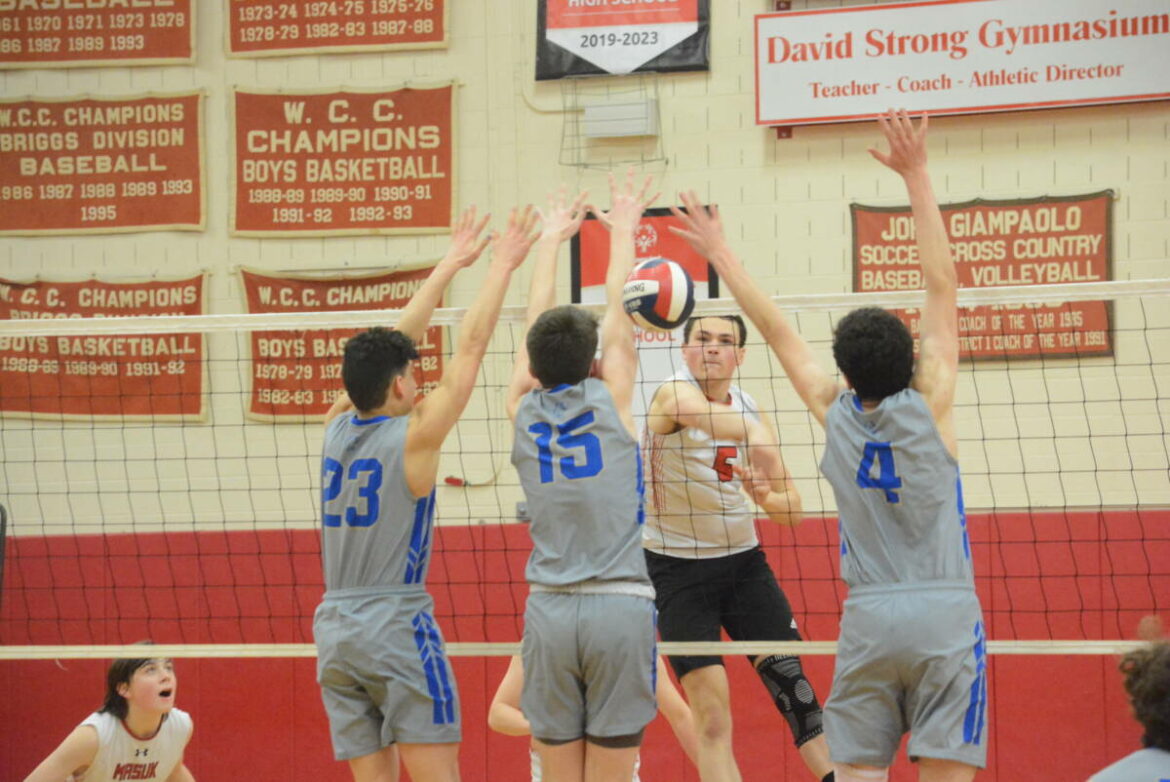 Ryan Barringer hits the ball over the net for Masuk in a volleyball match against Newtown earlier this season.

MONROE, CT — Masuk High’s boys volleyball team won a pair of matches in a row, defeating host Pomperaug on April 25 and visiting Brookfield two days later. The Panthers then fell to unbeaten Joel Barlow in a home match on Thursday. All were three-set contests.

Masuk returns home Friday, May 6, to host Kolbe Cathedral. In a previous matchup, Masuk beat Kolbe by a 3-0 score on April 20.