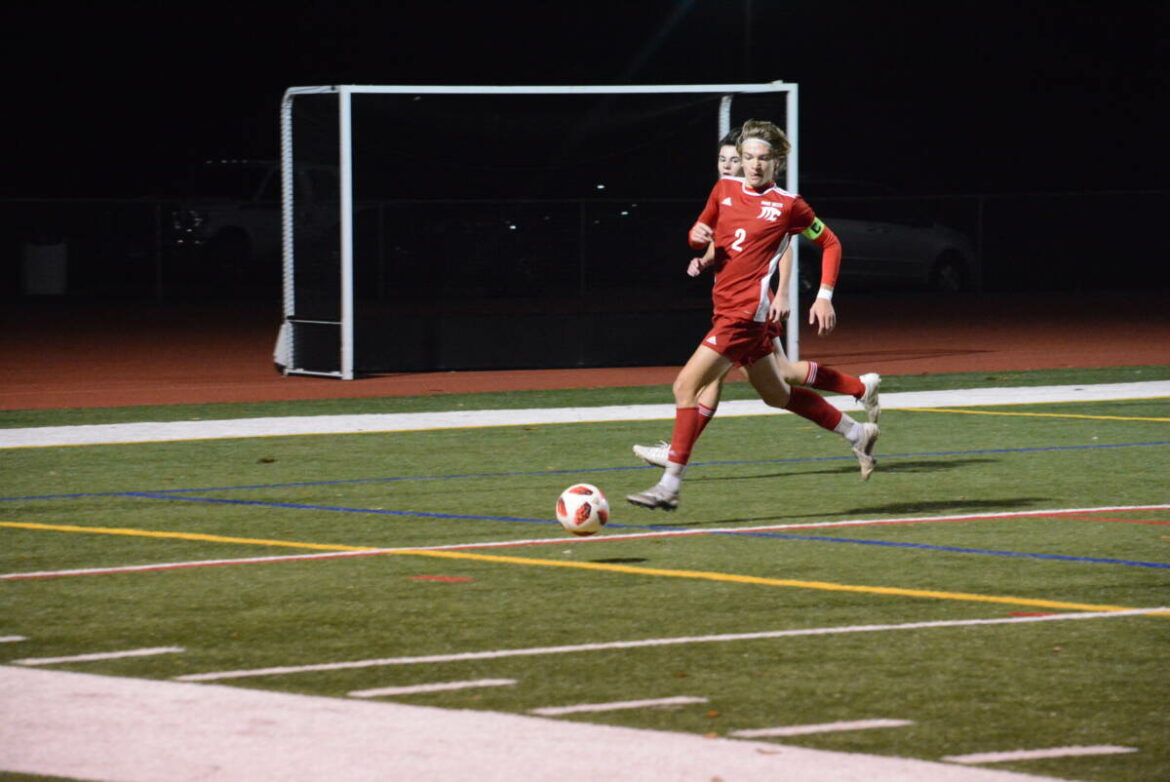 Carter McCoy takes possession of the ball for the Panthers in the Class L State Tournament opener against RHAM.

MONROE, CT — Masuk High’s boys’ soccer team followed its thrilling first-round penalty kicks win over RHAM with a 3-0 upset of top-seed Ellis Tech on the road in the Class L State Tournament’s second round on Nov. 11.

The No. 16 Panthers jumped out to a big lead with all three goals in the opening half.

Senior captain Anthony Foglia scored the opening goal off a header on a corner kick from Senior captain Jonah Lesiw. The second goal came off a penalty kick from a handball call; senior Carter McCoy took the PK and finished it to make it 2-0. The third goal was scored by junior Sid Pamulapati who finished on a chance, unassisted, after the ball came off an Ellis Tech player. In the second half, Masuk continued to dominate the play and cruised to victory.

“This was another great team effort. I am so proud of these guys,” Coach Brendan Cavanaugh said.

With the win, the Panthers advance to the state quarterfinals. Masuk will take on No. 9 Guilford in the Saturday, Nov. 13, quarterfinals.