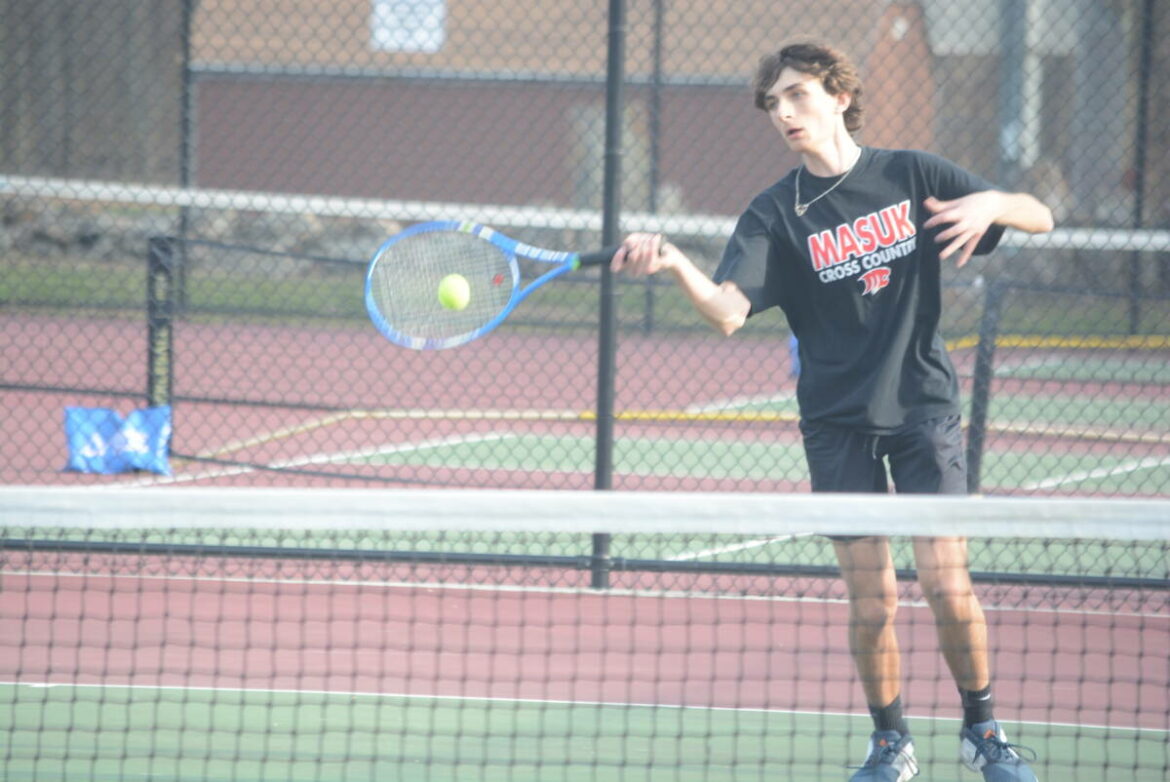 MONROE, CT — Masuk High’s boys tennis team rebounded from a 5-2 loss at Joel Barlow on April 12, a match in which the team’s top singles and No. 2 doubles tandem fell in third set tie-breakers, with a 7-0 win over visiting Bunnell on April 18.

“I was very happy that the team bounced back on Monday, beating Bunnell 7-0,” Masuk Coach Mark Alswanger said. “We had five starters away on spring break and all the players had to play out of position. Usually Owen Smith and Jack Dankenbrink play No. 1 doubles but stepped up to the plate and played No. 3 and 4 singles.”

“Also, all three of the doubles teams were first-year players and they worked very hard in practice last week to be prepared for the match against Bunnell,” the coach added.

The results are as follows:

Masuk’s next match is Monday, April 25, when Stratford visits Wolfe Park at 3:45 p.m.