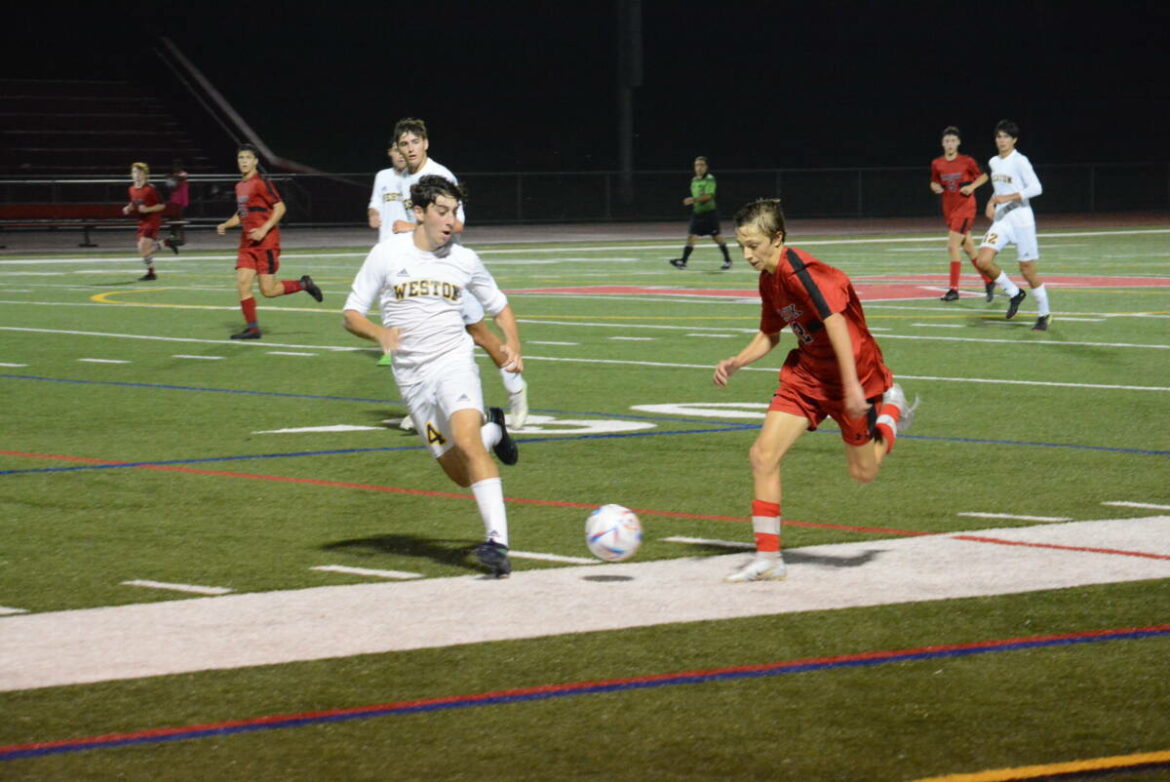 Cole Rigby makes a run up the sideline during recent action at Masuk High.

MONROE, CT — The Masuk High boys soccer team earned two wins and a tie during a busy four-day stretch to close out the month of September.

The Panthers traveled to Stratford and won 3-0 on Tuesday. After a scoreless first half, Masuk applied high pressure and scored in the opening minute of the second half. Junior Owen Correll opened the scoring.

Junior Hadara Sisay got fouled in the penalty box and senior Captain Roger Fekete scored on the penalty kick 12 minutes after the first goal. Junior Kasper Murzinski finished off the scoring with a 30 yard bomb assisted by Fekete.

On Thursday, the Panthers tied visiting Immaculate 2-2. Masuk opened the scoring with 15 minutes left in the first half. Correll scored on a brilliant pass by sophomore Cole Rigby. It was 1-0 at half.

Immaculate tied the game 29 minutes into the second half.

Immaculate scored a late goal off a set piece to tie the game. The Panthers pressed for the remainder of the game, but were not able to find the back of the net.

The Panthers have a tough test next week they visit Bunnell on Monday, Oct. 3 at 7 p.m.