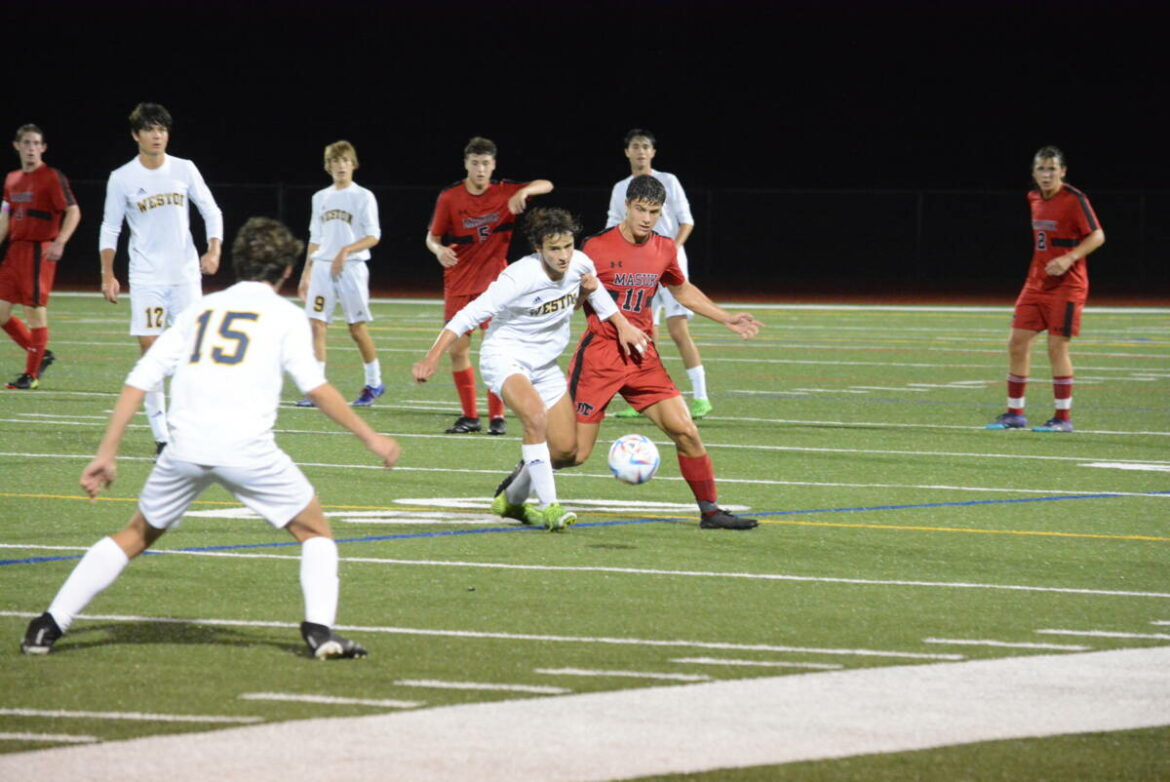 Roger Fekete battles for the ball during action at home this fall. Fekete has been a standout for Masuk and scored the lone goal in a 1-0 win over Bunnell on Monday and added one in a 3-0 victory over Harding the next night.

Not even the rain can dampen the spirits and success of the Masuk High boys soccer team. The Panthers played a pair of contests in wet conditions on the road and shut out South-West Conference foe Bunnell and nonconference team Harding this week. The Panthers are unbeaten in their last nine games, improving to 6-1-3 overall.

On Monday, Masuk defeated Bunnell 1-0 in a defensive battle.

Senior captain Chris Simoulidis made some great saves in goal. The scoring happened midway through the second half when senior captain Roger Fekete and was assisted by senior Hadara Sisay.

“It was a wet and sloppy night, but I am glad my guys battled and got the win,” Coach Brendan Cavanaugh said.

On Tuesday, Masuk defeated Harding 3-0. It was another wet, rainy and windy game. Sisay opened the scoring. Junior Owen Correll added another goal before the half. In the second half, Fekete connected on a penalty kick to help seal the win.

Masuk’s defense shut down all scoring threats from Harding.

“It was another sloppy game due to the conditions; we had some trouble playing the ball to feet and connecting on goal,” Cavanaugh said. “Overall I am happy we won the game and now we prepare for a big game vs Notre Dame Fairfield on Thursday night.”

The Panthers host the Notre Dame Lancers at 6 p.m.