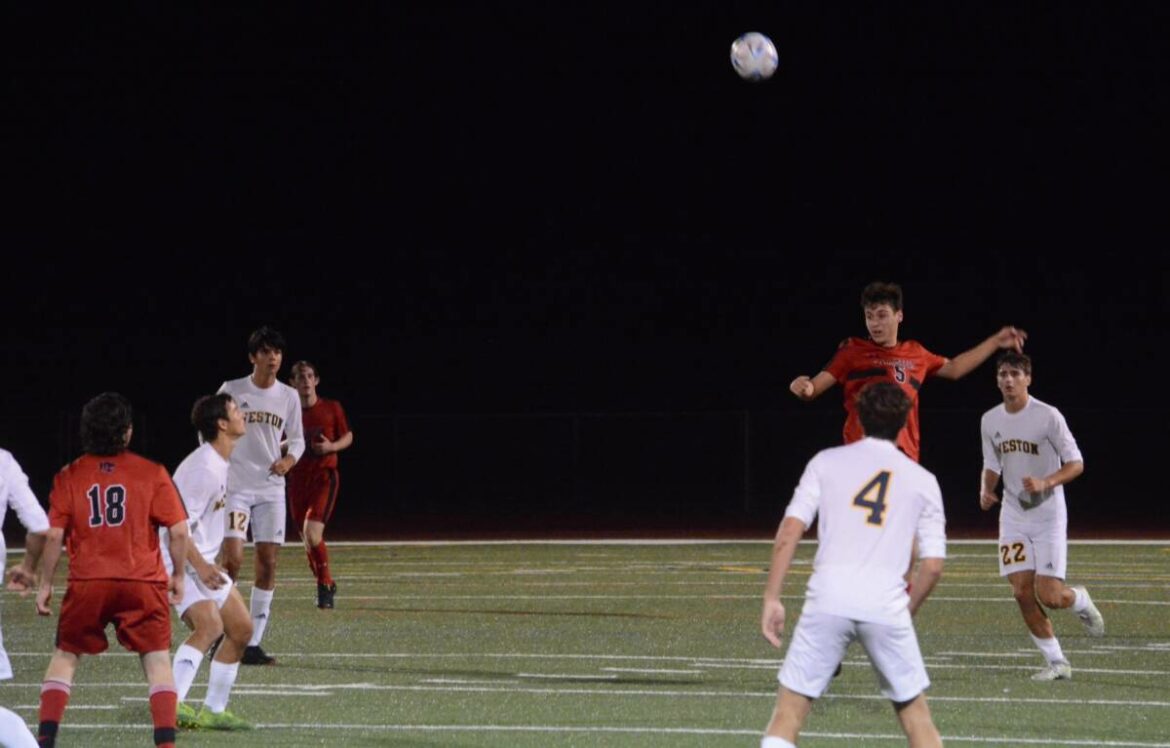 Tristan Pike competes during a game against Weston this fall. The Panthers won their state playoff opener.

BROOKFIELD, CT — The No. 20 Masuk High boys soccer team went on the road and faced familiar foe and No. 13 seed Brookfield, also of the South-West Conference, in the first round of the Class L State Tournament on Monday. The Panthers prevailed 3-1 to earn a second-round visit to Guilford on Wednesday.

Senior Hadara Sisay had two goals. He opened the scoring in the opening five minutes, assisted by senior captain Roger Fekete, and found the net again in the 36th minute of the first half. Masuk led 2-0 at halftime.

The Panthers continued to apply pressure in the second half and junior Kasper Murzinski scored on a blast assisted by Fekete just four minutes out of the half.

“We came out today with a lot of energy and stayed focused throughout the game. Our defense of senior Sid Pamulapati, senior David Aguilar, junior Tristan Pike and senior captain Riley O’Donnell did an amazing job in stopping their playmakers,” Masuk Coach Brendan Cavanaugh said.

Senior captain and goalkeeper Chris Simoulidis made an incredible stop late in the second half and totaled five saves.

“I am so proud of my boys. This was a complete team effort — everyone stepped up today,” Cavanaugh said.

The game with No. 4 Guilford is a rematch of last year’s quarterfinals matchup won by Guilford.