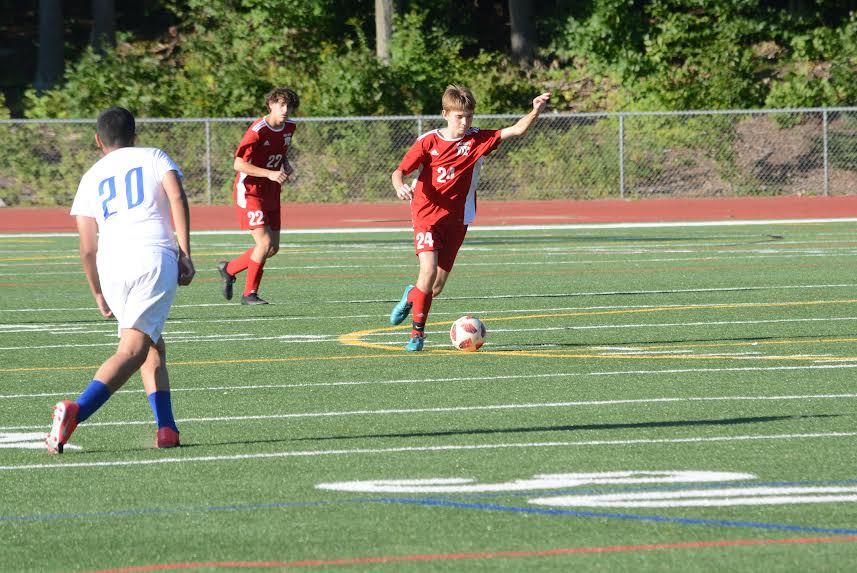 Kasper Murzinski had an assist against Harding, contributing to the Panthers' 7-0 victory.

MONROE, CT — Goals were not hard to come by for Masuk High’s boys’ soccer team in the Sept. 10 season opener. The Panthers posted all of their net-finders in the first half of a 7-0 triumph over visiting Harding of Bridgeport.

Overmatched from a personnel standpoint with just enough players to field a team, Harding was never in the game. Masuk took its foot off the gas in the second half, and the team’s substitutes saw plenty of action on the field in this one. 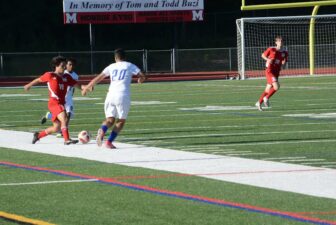 Jay Miguel came off the bench to score two goals and Jasper Pike had three assists to help lead Masuk.

Kyle Mulloy, Roger Fekete and Stuart Malone also scored, and Harding had a pair of own goals to help Masuk’s cause.

Kasper Murzinski had an assist and Zachary Gillen and Carter McCoy also had assists in the win.