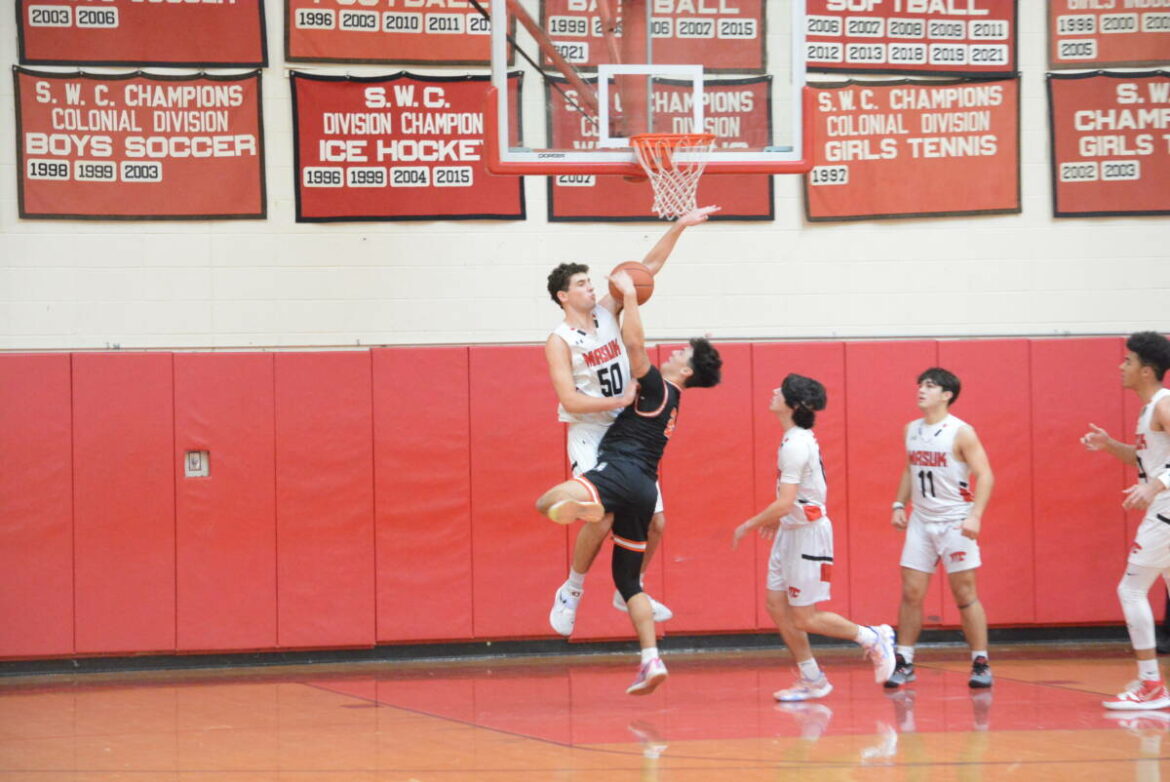 Matt Domenichelli blocks a shot during home action this year. The Panthers won an exciting game against Darien on Tuesday.

MONROE, CT — Trailing in the final half-minute of play, Masuk High’s boys basketball team came back and then held on for an exciting 48-47 win over visiting Darien on Tuesday night.

Masuk trailed 47-46 with 24 seconds left. Darien missed a front end one and one free throw attempt, Matt Domenichelli tapped the rebound out and Dylan Jackson chased it down and went in for a layup. Jackson was fouled and hit both free throws to put Masuk up by a point with 12 seconds left.

Darien called a timeout to set up a good look. The Blue Wave missed but a Masuk foul on a tip in attempt gave the visitors some last-seconds hope. Darien missed both free throws and the Panthers got to the rebound as time ran out.

Masuk’s offense clicked early with 20 points in the first quarter and a dozen more in the second. The Panthers scored 14 of their 16 second-half points in the fourth.

The Panthers improved to 4-2 and will visit Stratford Thursday at 7 p.m. Masuk returns home Monday, Jan. 9, to play Joel Barlow, also at 7.