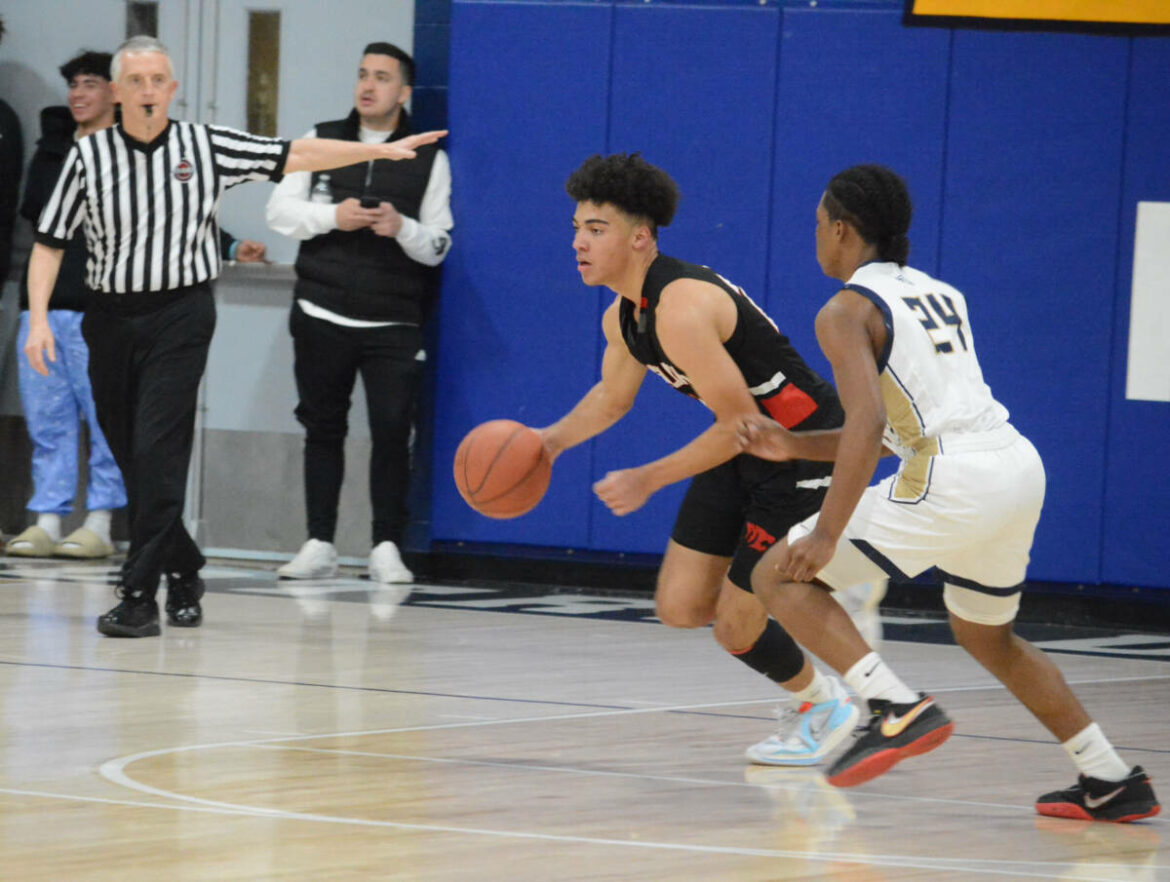 Tyler Newsom dribbles during a visit to Notre Dame-Fairfield on Jan. 17. Newsom scored 24 points to lead Masuk to a win at Newtown this Tuesday, Jan. 24.

NEWTOWN, CT — The Masuk High boys basketball team won 66-62 at Newtown on Tuesday. The Panthers overcame a 14-point deficit in the first half, built a 13-point lead in the second half, and held on.

Newsom and Jackson hit big free throws down the stretch after Newtown whittled the lead down to just two.

Masuk ended a four-game losing streak, including a 79-50 setback at Notre Dame-Fairfield on Jan. 17 and a 58-52 setback to visiting Pomperaug three nights later.

The Panthers also snapped Newtown’s five-game winning streak and became the first South-West Conference team to score more than 43 against Newtown this season.

The Panthers visit New Milford this Friday, Jan. 27, and host Bunnell Monday, Jan. 30, both games are at 7 p.m.