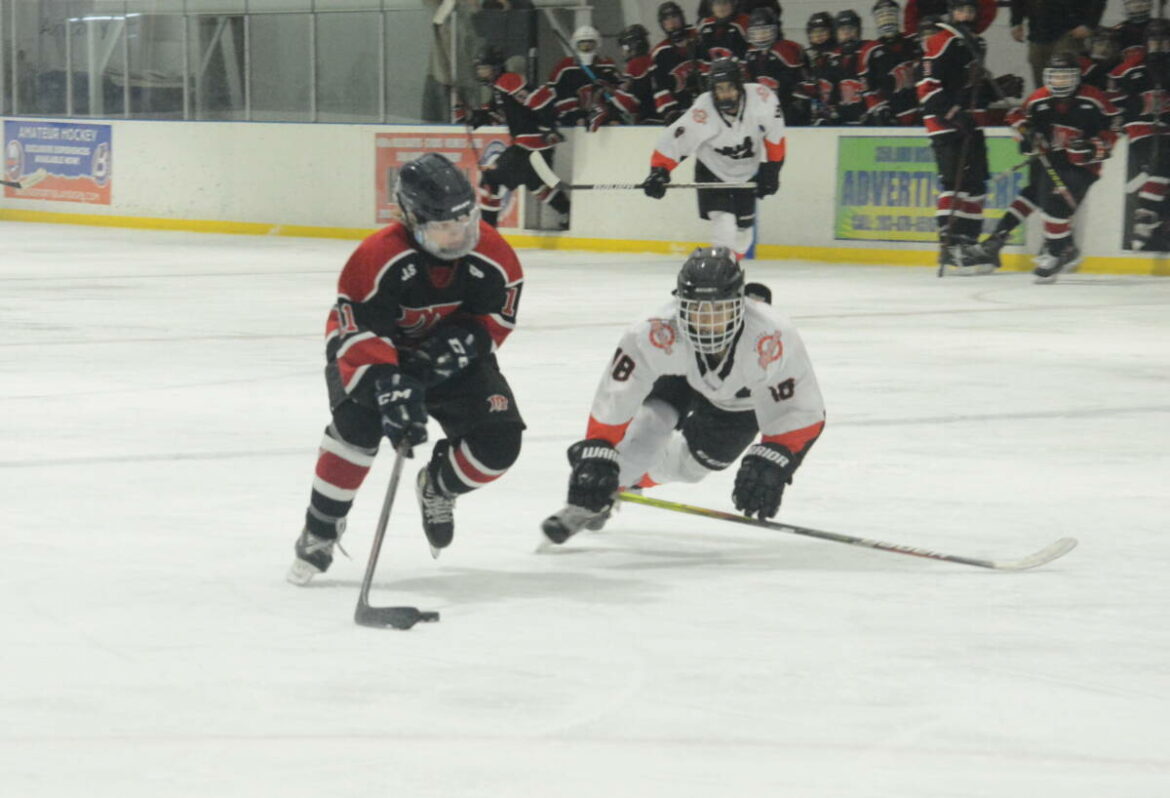 Nick Kondub controls the puck for Masuk in a close 2-1 win over the Milford co-op team Saturday.

MILFORD, CT – The Masuk High boys’ hockey team overcame a third-period deficit to scratch out a hard-fought 2-1 win over the host Milford co-op team, at Milford Ice Pavilion, on Saturday.

Drew Scalia tied things with a great individual effort, then set up the decisive goal, scored by Nick Kondub.

“It’s nice to see the kids battle – get one early on and then a nice setup on the second one,” Masuk Coach Andy Townsend said.

Scalia scored only 47 seconds into the third when, positioned behind the goal line, he banked the puck off the back of the Milford net, around a defender and back to himself, then quickly moved in front to put home the equalizer. Jack Cirillo had the lone assist.

Just 4:07 later, Scalia made a nice backhand pass to Kondub who skated in from the high slot and scored.

Townsend believed the Panthers were initially a bit off their game, having not played since Dec. 20 due to weather and COVID issues. 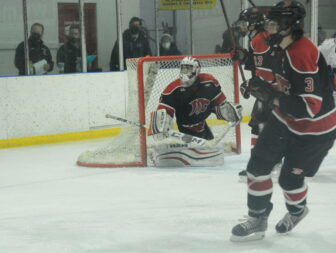 Masuk goalie Tory Beck had 21 saves, while helping to preserve the Panthers’ 2-1 victory over Milford Saturday.

“That’s what we talked about between periods. We weren’t playing our best game. I think a lot had to do with the layoff,” Townsend said.

Masuk turned things up in the final period and applied heavy pressure in the Milford defensive zone. Masuk outshot Milford 28-22. Tory Beck was in goal and stopped 21 shots in the win and had great support from all seven defenders, led by Cirillo.

“As a unit they played pretty well,” Townsend said of his defense.