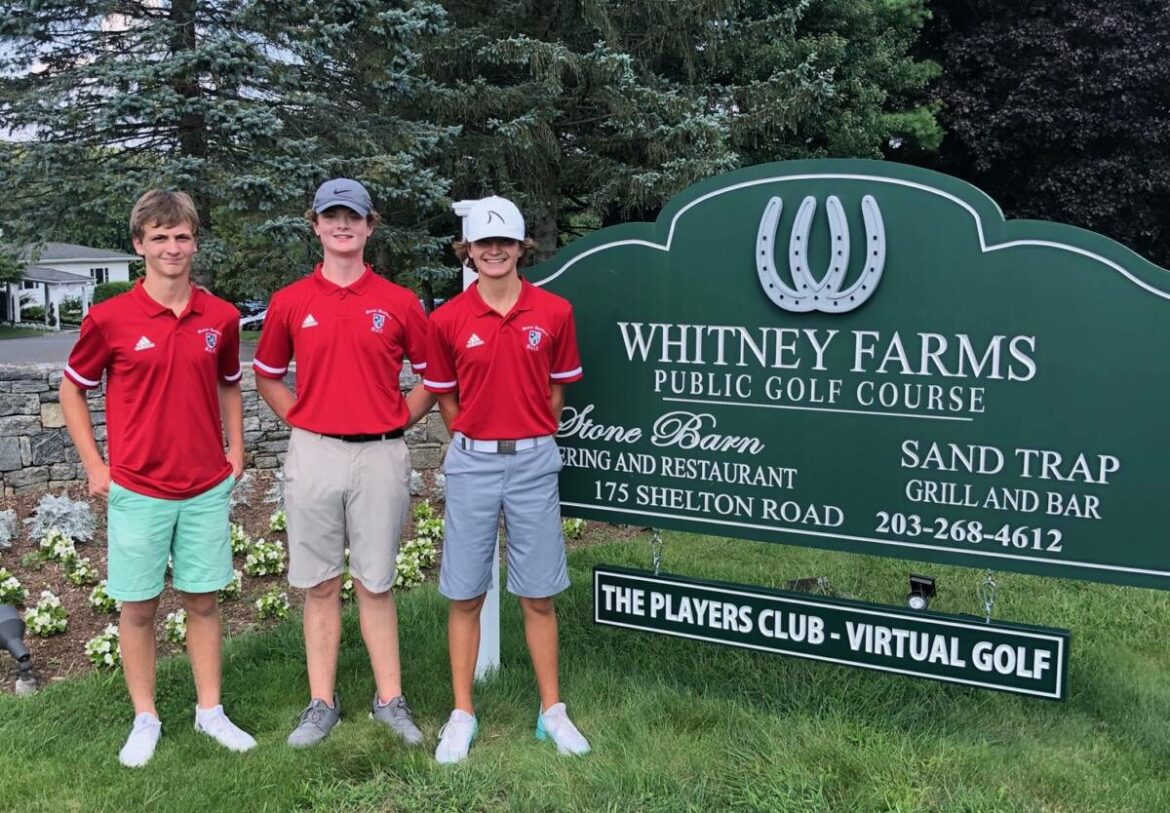 MONROE, CT — Masuk High School’s boys’ golf team will now compete in the fall. The South-West Conference was among those in the state to switch from the spring to fall season for a couple of reasons.

The change opens the door for another boys’ team option in the fall. The spring already has baseball, track and field, tennis, lacrosse and volleyball. Fall sports offered to boys previously included only soccer, football and cross country.

In addition to creating some balance with the number of boys’ sports offerings in each season, the switch also helps some schools with course availability. Girls’ golf will remain a spring sport.

Girls are allowed to participate on boys’ golf teams in the fall and then would be eligible to play a different sport in the spring, said Joe Velardi, the Connecticut Interscholastic Athletic Conference liaison for golf.

Golf still stands to have some obstacles to overcome, including managing a truncated schedule. The season gets underway about a week and a half before the other sports as golf teams try to complete the regular slate by mid October.

One of the advantages of the change is that team members come into the campaign fresh off a summer of training opportunity, whereas in the spring tryouts follow cold winter months.

“Fall season had a great start. Guys came in, in their best golfing shape yet. We will have to see if the weather behaves throughout the short, compressed season. We have a bunch of matches with little practice time and competing with the scheduled outings at the course,” Coach Bob Pagel said.

“I’m excited for the start of this season,” Pagel added.

Masuk’s coach said if his golfers play to their potential there is reason to believe they can improve on last year’s third-place conference outcome and placing 13th in the Division II state tourney.

As a matter of fact, an SWC title could be in the cards.

“If they all play well, most matches they will be tough to beat,” Pagel said. “Goals are to be first in the SWC and compete in states to place in the top five in our division.”

Pomperaug of Southbury and Newtown are expected to be tough conference foes, the coach said.

The season begins Wednesday, Sept. 1, with a tough test as Pomperaug visits Whitney Farms in the first of three straight scheduled home matches to begin the season.

State tourney action is to take place on Oct. 18, with the New England tourney set for November 1.

There will be a State Open for both boys and girls in the spring, held at the same time and on the same course, said Velardi, adding that fall golfers will not be eligible to play in the spring State Open.