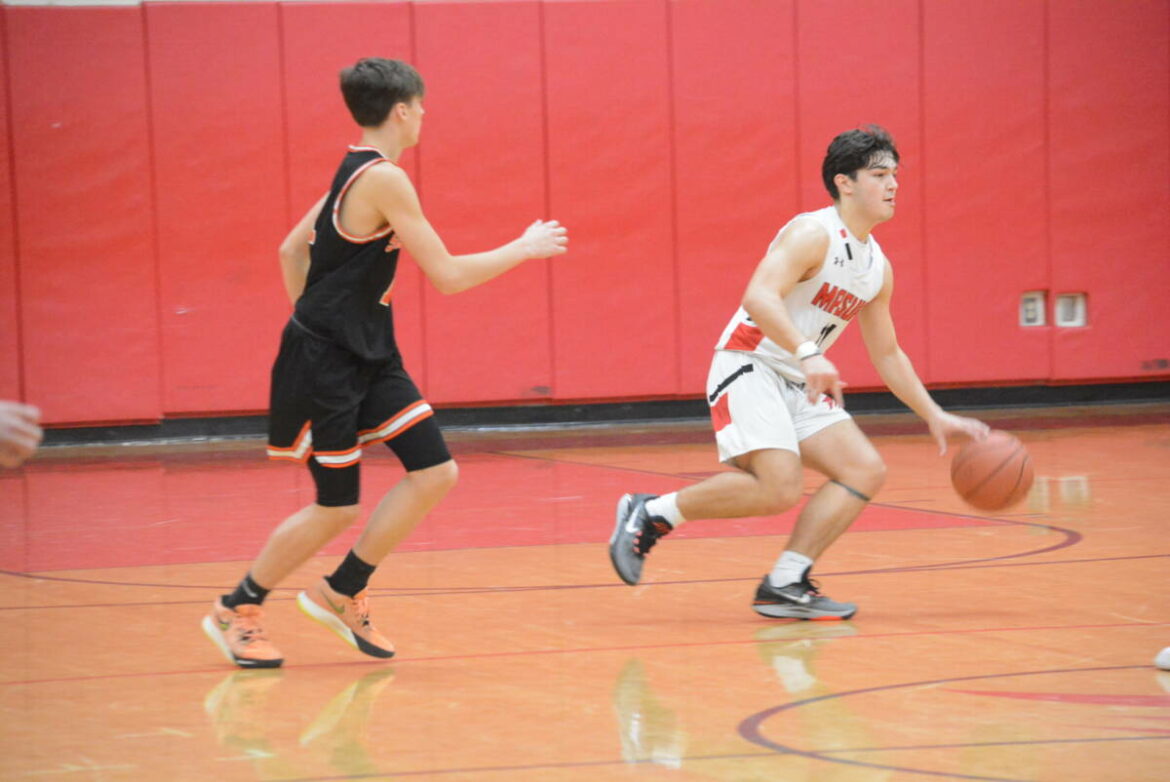 Ethan Palma moves with the ball during a game this winter. Palma and the Panthers beat host Stratford on Thursday.

The Panthers were led by Tyler Newsom who scored 20 points, 11 of which came in the fourth quarter. Newsom made all six of his free throw attempts and drained a pair of 3-pointers.

The Panthers hit 10 of 11 foul shots including a 7-for-8 performance in the fourth quarter.