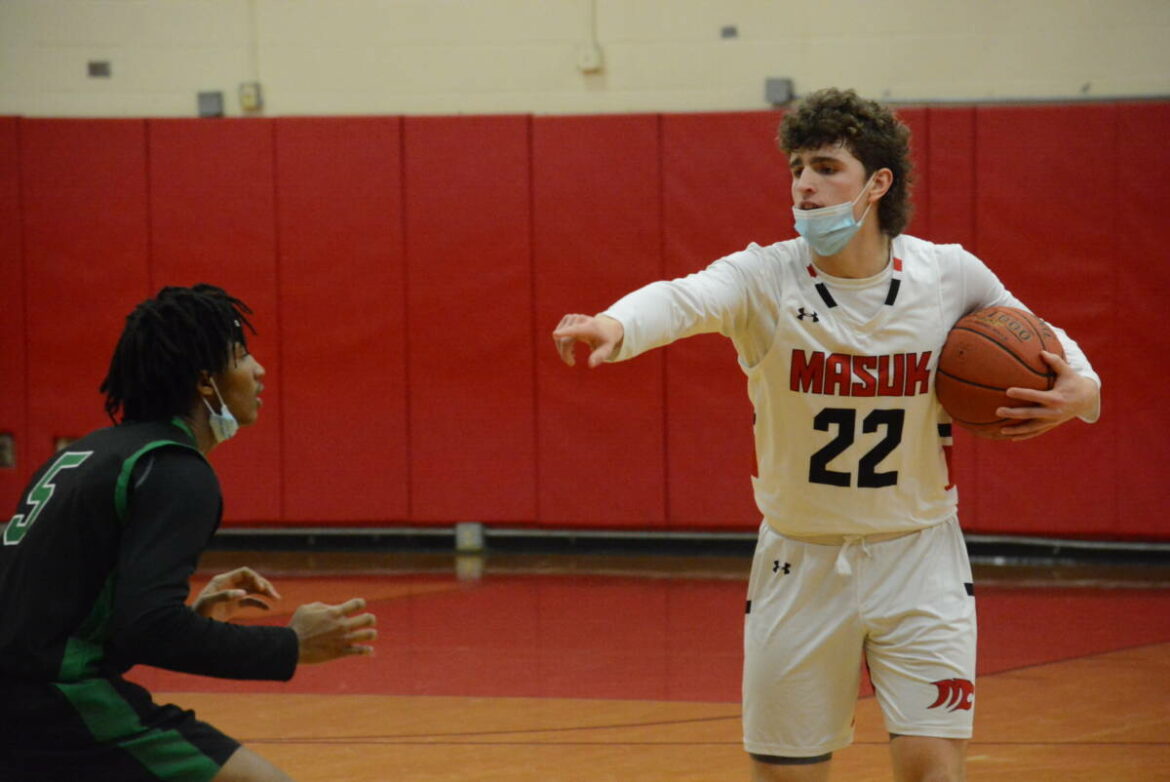 Greg Nivison sets up a play during action earlier this season. The Panthers defeated New Milford and Bunnell this past week to improve to 8-6.

Masuk beat visiting New Milford 61-54 on Jan. 31 and went on the road to defeat Bunnell 44-41 on Thursday. With the victories, the Panthers have picked up wins in seven of their last nine games to improve to 8-6 overall and 5-3 in the conference standings.

The Panthers return to action this Saturday, Feb. 5, for a 4:15 p.m. visit to Fitch in a nonconference clash.