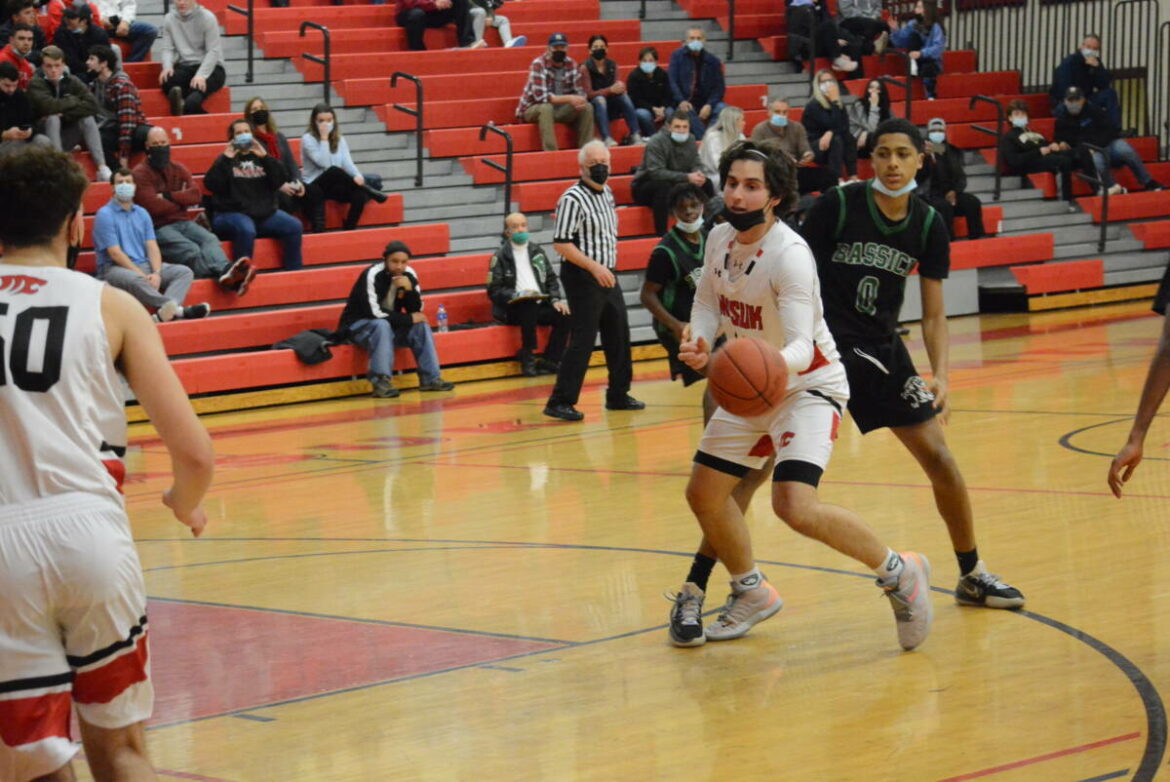 Brandon Francisco competes in a game this season. Francisco lit up the scoreboard with 42 points in a win over Kaynor Tech on Jan. 26.

A game against Kaynor Tech was rescheduled, then the Masuk Holiday Tournament opener with Cheshire (slated for Dec. 28) was postponed. 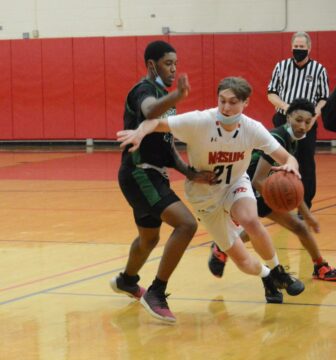 Frank Piscitelli of Masuk splits a pair of Bassick defenders during a home game Thursday.

The stretch with no games proved too tough for the Panthers to shake off all the rust by the time they played Bassick in the title game Thursday night.

Bassick, coming off a first round victory over Bunnell, jumped out to an early lead, using turnover-causing aggressiveness and solid shooting, on the way to a 76-42 win over the Panthers.

“We’ve got to do a better job of breaking pressure,” Masuk Coach Pete Szklarz said.

Masuk got 12 points from Jeremey Everlith and 10 from Matt Dominichelli in the Bassick game. Sean Minnick had seven points, Brandon Francisco added five and Frank Piscitelli tacked on three.

The Masuk coach thought his team came out a bit flat after the long layoff from game play, and he is looking for a return to better play in a Jan. 3 home tilt with St. Joseph, at 7 p.m.

Masuk’s first game against a South-West Conference team is scheduled for a week later when Stratford comes to town on Jan. 10 for another 7 o’clock tip.

For what it’s worth, St. Joes has only played twice, beating Hamden after falling to Bassick by just four points, 71-67.