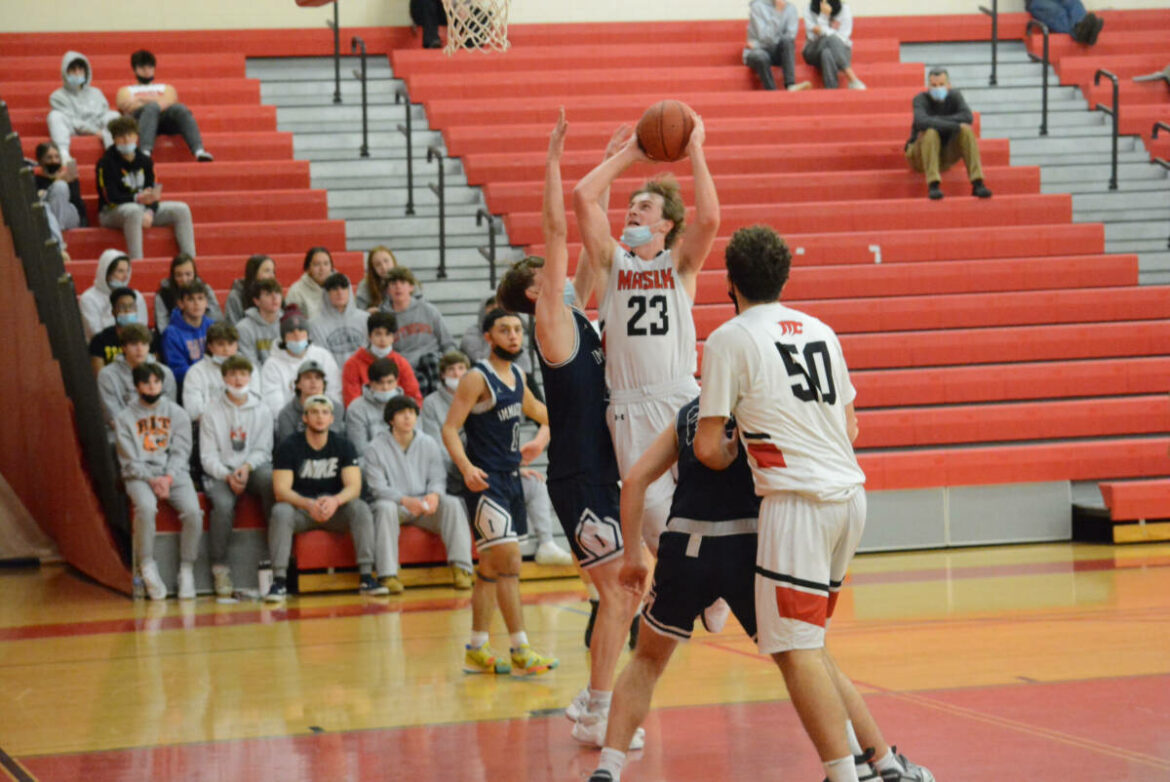 The Panthers' Sean Minnick drives to the basket against Immaculate.

MONROE, CT — Masuk High’s boys basketball team defeated host New Fairfield 63-38 on Feb. 8 to bounce back from a 55-49 setback to non-conference foe Fitch in a road contest three days earlier. The Panthers returned home on Thursday and battled Immaculate to the finish in a 53-44 setback.

Masuk heads into its final three regular-season games at 9-8 overall and 6-4 in South-West Conference play.

Brandon Francisco had 19 points — nine of which came on a trio of 3-pointers — and Jeremy Everlith dropped in a dozen in the win over New Fairfield. 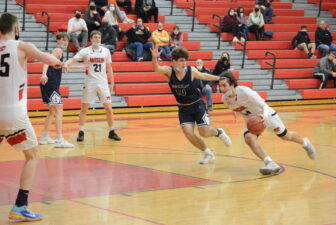 Brandon Francisco drives to the basket in Panthers’ game against Immaculate.

Both Everltih and Matt Domenichelli (six points in the win) provide big height in the paint. Szklarz likes to work off his big men not only for in-close chances but to kick the ball out and set up long-range scoring opportunities. “We like to play inside-out,” the coach said.

Against Fitch, Sean Minnick drained four 3-pointers and racked up 23 points, and Francisco scored 15 with a pair of shots from downtown accounting for six. 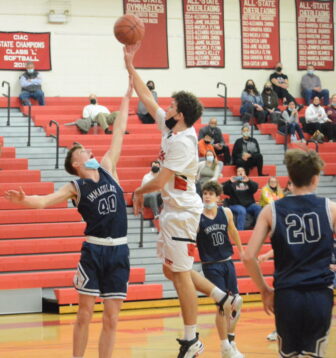 Masuk’s Matt Domenichelli goes up for a shot against Immaculate.

Immaculate built a double-digit lead in the second quarter and went up 22-15 at the half, Masuk was down a dozen late in the third and behind 36-27 going to the fourth. Frank Piscitelli, Francisco, and Nivison hit 3-pointers to keep the Panthers hanging around.

Early in the fourth, a

3-point play the old fashioned way by Francisco, who scored despite a foul on a drive to the rim, pulled Masuk to within 38-30. Domenichelli scored down low to make it 38-32, but the Panthers could not get any closer.

Back-to-back 3-pointers by Nivison and Francisco cut a 12-point deficit in half and it was 50-44 with 45 seconds left, but Immaculate made enough stops and free throws to ice things.

“They made a run in the first half and that was the difference. When you play a good team you can’t have any lapses,” Szklarz said.

Francisco had 14 points and Everlith scored 10 against Immaculate. 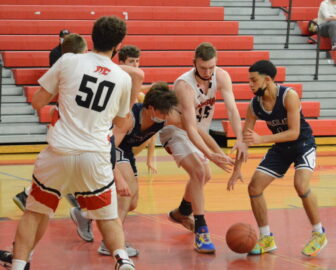 Masuk has been competitive all season long. The Panthers fell by just four points to a Stratford team that went into Feb. 11 action with seven conference wins. Masuk has beaten Joel Barlow, which has wins over both Stratford and Immaculate under its belt.

“I think anybody can beat anybody on any given night,” said Szklarz, adding that teams need to be ready to play every night.

Masuk hosts one of the conference’s best, Kolbe Cathedral, Tuesday, Feb. 15, at 7 p.m. The season winds down with a Feb. 18 visit to Brookfield and a Feb. 22 visit to Bethel, both also at 7. Then it is on to the conference playoffs.