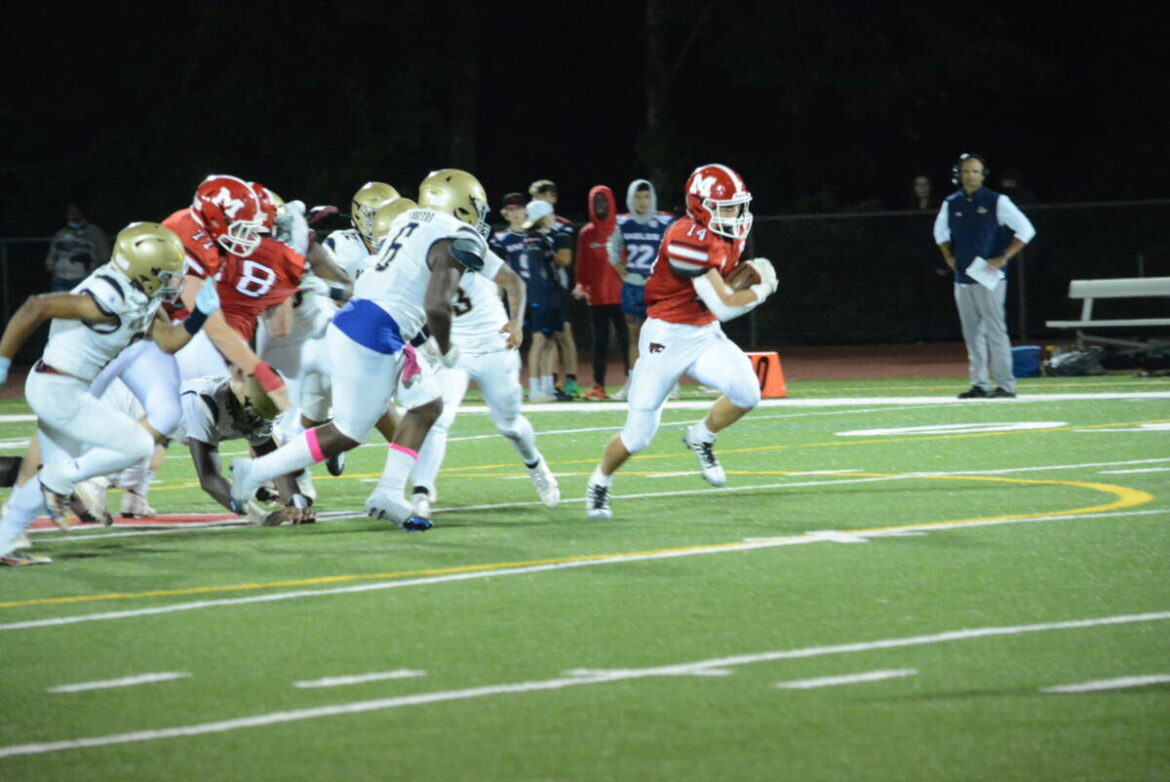 Panther running back Jason Champagne breaks away for a touchdown run against Notre Dame - Fairfield. He scored twice in Masuk's 38-0 victory Friday night.

MONROE, CT — No late-game comebacks this time. Masuk High’s football team scored early and often on the way to a 38-0 victory over visiting Notre Dame-Fairfield on Friday night.

The Panthers improved to 1-1 following last week’s tough 49-43 setback to Trumbull. Masuk led 24-0 at halftime and 31-0 after three quarters. Quarterback Dylan Jackson scored on a five-yard run, Gavin Walker scored from two yards out, Shane Walker had a 39-yard TD reception and Jackson Zylick kicked a 28-yard field goal in the first half.

Jason Champagne rushed for a pair of touchdowns in the second half. Champagne scored on a nine-yard rush in the third quarter and broke free from 49 yards out to cap off the scoring.