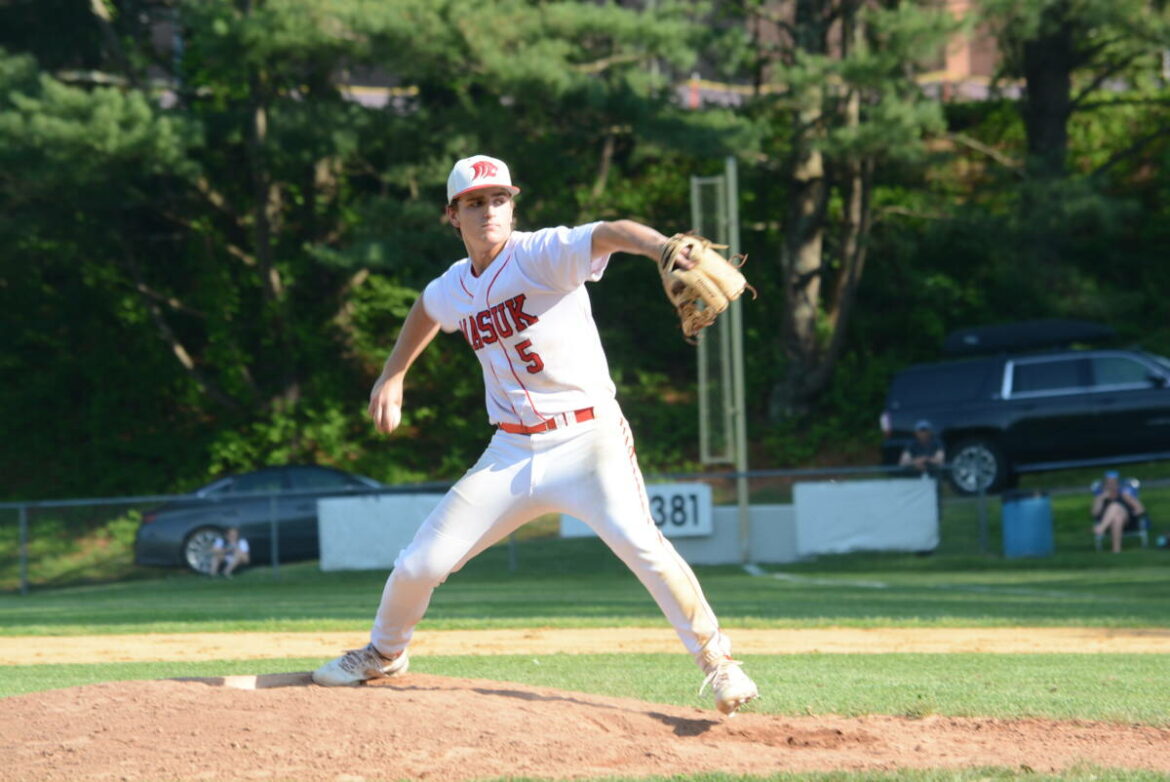 Starting pitcher Greg Nivison, pictured here against Bethel, kept Masuk in the game against Joel Barlow High School before the Panthers pulled off an upset.

The teams remained tied 1-1 through seven innings and the game went into extra frames.

In the top of the eighth, Fedeli reached first on a one-out error. Scott exited the game after throwing 7 1/3 innings, during which he gave up just four hits and racked up 17 strikeouts. Fedeli stole second on relief pitcher Diego Saez. Brandon Francisco hit a single to right center to score Fedeli for the decisive run.

Sean Minnick finished the game for Masuk pitching the final 2 1/3 innings to earn the win. Minnick allowed two hits and struck out three. Nivison pitched 5 2/3 innings allowing one run on five hits, and striking out 10 batters.

Masuk will play No. 3 Newtown in the championship game, also at Bethel High, on Wednesday, May 25, at 7 p.m. Newtown edged Masuk 5-4 during the regular season.