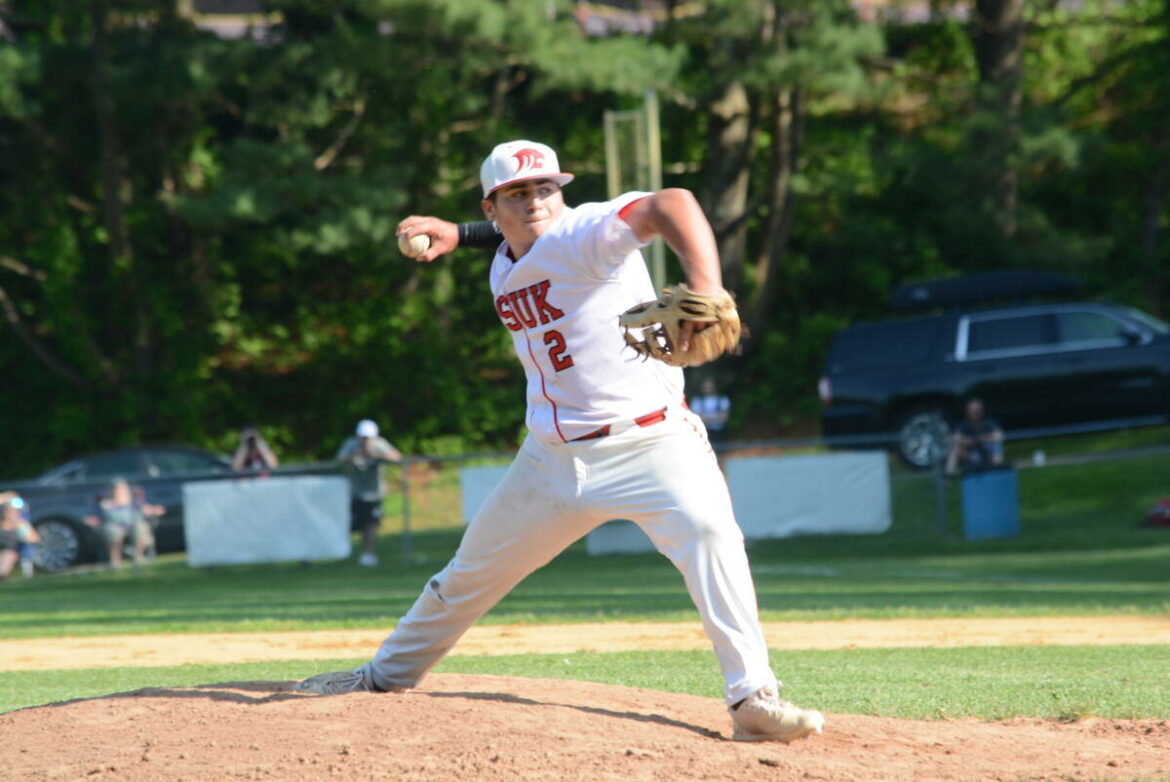 Justin Feinstein gave Masuk a solid start and pitched into the sixth inning for the win.

MONROE, CT — Masuk High’s baseball team, the No. 4 seed, built a five-run lead and held off visiting Bethel, the No. 5 seed, for an 8-6 win in the South-West Conference Tournament quarterfinals on a midsummer-like Saturday afternoon.

With the win, the Panthers will take on top seed Joel Barlow in the semis, at a neutral site at Bethel High School on Monday, May 23, at 7 p.m. 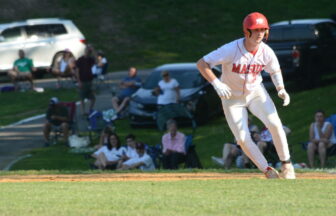 Sean Minnick takes his lead off first base.

Justin Feinstein pitched 5 1/3 innings for the quarterfinal-round win. He struck out four batters and allowed three runs, two of which were earned. Quinn McGuire came in to get the last two outs of the game to earn the save.

At the plate Drew Scalia had three hits and four runs batted in. Sean Minnick added two RBIs and scored two runs, and Greg Nivison and Ryan Fedeli added RBIs and each scored a run.

Masuk batted around to score five runs in the fourth inning to build a 6-2 lead. Scalia had a two-run single in the frame.

The Panthers held their lead in the fifth behind an interesting double play. Garrity made a catch in center field and threw behind a Bethel baserunner, who took off from first before tagging up after the catch. 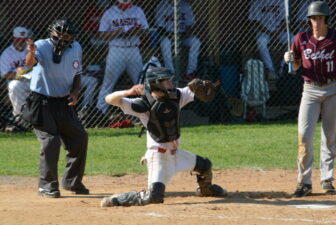 First baseman Brandon Francisco dove to get the throw and flipped the ball to Feinstein covering first, before the runner could get back, for the third out, ending the inning.

Bethel got to within 6-3 in the sixth. Then Masuk countered with a pair of runs in the bottom of the sixth. Garrity singled, stole second and third and scored on Minnick’s single to left. Scalia added an RBI single in the frame.

The visiting Wildcats scored three in the seventh and were threatening to do more damage when lefty reliever McGuire shut the door on the rally.

Masuk Coach Brian Hourigan was pleased with how his hitters fought.

“We battled. They took more pitches. They fought pitches off and had two-strike hits and two-out hits,” he said. “We showed a lot of toughness.” 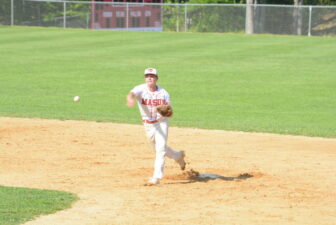 In more ways than one, as the Panthers were dealing not only with a challenging opponent but tough weather conditions. The heat led to multiple players developing cramps and exiting the game.

“We had a come-from-behind win against Bethel,” Hourigan said of a 9-8 victory over Bethel in the regular season. “We knew they were going to come with some intensity and they did.”