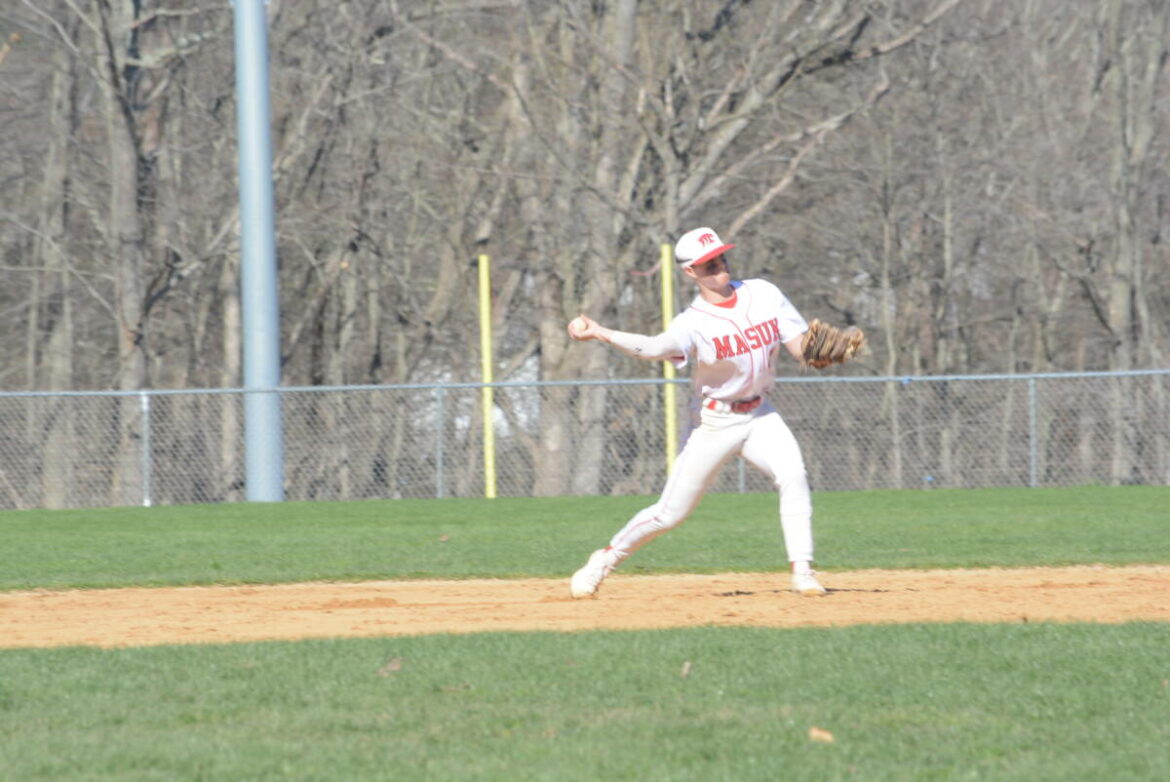 Justin Feinstein makes a throw from his shortstop position during a game this spring. Feinstein was the starting pitcher and earned the win as Masuk defeated New Milford 9-2 on April 27.

MONROE, CT — After scoring three runs in the first inning and jumping out to a 5-1 lead through two innings of play, Masuk High’s baseball team was on its way to a 9-2 victory over visiting New Milford on Wednesday.

With the win, the Panthers have come out on top in two of their last three games, including a 17-1 triumph at Notre Dame-Fairfield on April 25. Masuk improved to 6-5 overall heading into a Friday, April 29, when they will visit Bethel at 6 p.m.