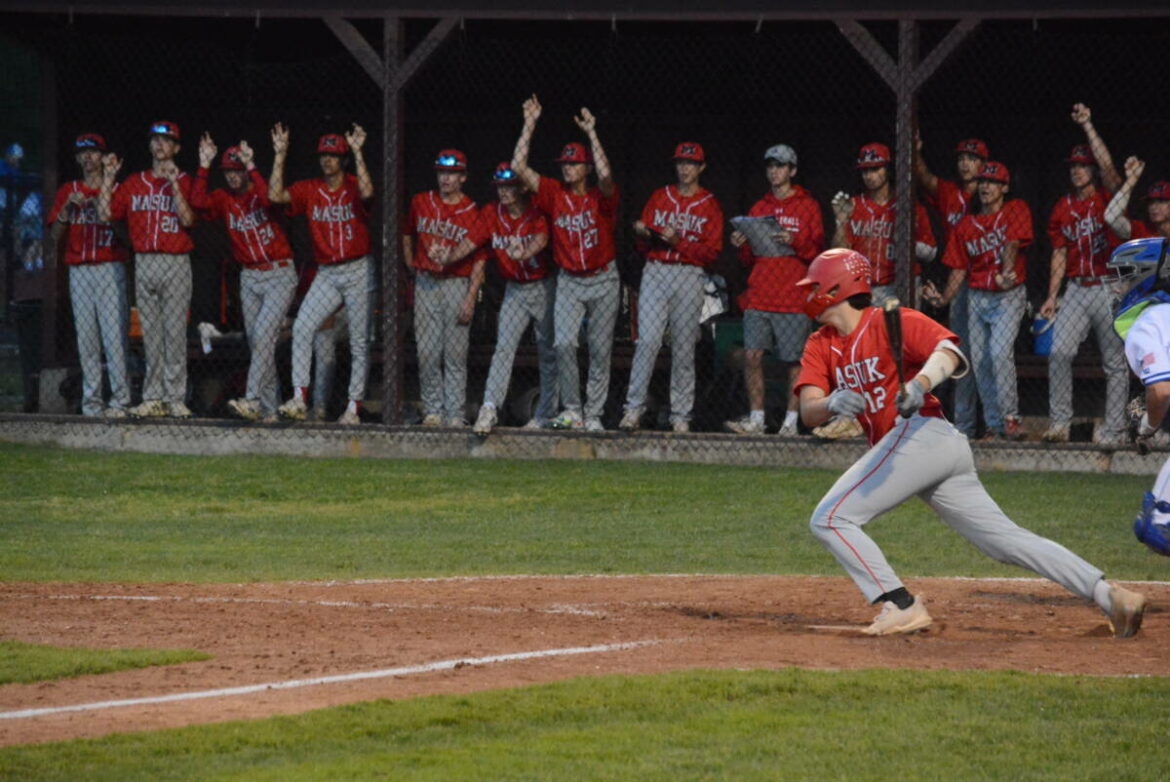 Masuk's Drew Scalia bats in a tough loss against Newtown in the SWC Championship game at Bethel High School.

BETHEL, CT — Coming off a hard-fought South-West Conference Championship game loss to Newtown, the Masuk High baseball team will strive to bounce back in the state playoffs.

No. 4 seed Masuk was edged 3-2 by No. 3 Newtown when the Nighthawks scored a run in the bottom of the seventh inning. Charlie Curtis raced home from third when the ball was thrown to first after batter Ryan Verdi ran to first base following a strikeout.

Curtis had reached on an infield single, stole second, and advanced to third on a pitch in the dirt.

Masuk twice tied the score after Newtown took the lead. Masuk pitcher Justin Feinstein, who was on the mound all night for the Panthers, along with Newtown starter Jake Hossler and reliever Will Burns were all stellar. 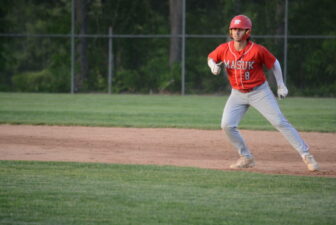 Masuk’s Brandon Francisco on the base paths after singling in the fourth inning. He later scored on a double by Kaige Garrity, tying the game at 1-1.

After Newtown grabbed a 1-0 lead in the third, the Panthers tied things in the fourth. Brandon Francisco singled. Then Kaige Garrity drove in the tying run on a long double to center field.

The Nighthawks went back ahead in the bottom of the fourth on a Masuk throwing error, but the Panthers again evened things quickly, scoring in the top half of the fifth. Allan Perez singled and Ryan Fedeli hit an RBI double to center.

Feinstein worked around a leadoff single in the bottom of the fifth and the inning ended on a line drive double play.

Sean Minnick led off the sixth with a walk to end Hossler’s outing, but Burns recorded three outs to keep the game tied.

Newtown’s Josh Rosen was hit by a pitch leading off the last of the sixth, but was erased trying to steal on a nice throw from catcher Andrew LaBella.

Hourigan congratulated Newtown and noted that it was a great game.

Masuk will try to get back into the win column in the Class L State Tournament. No 17 Masuk will visit No. 16 Guilford in the Tuesday, May 31, quarterfinals at 3:30 p.m.