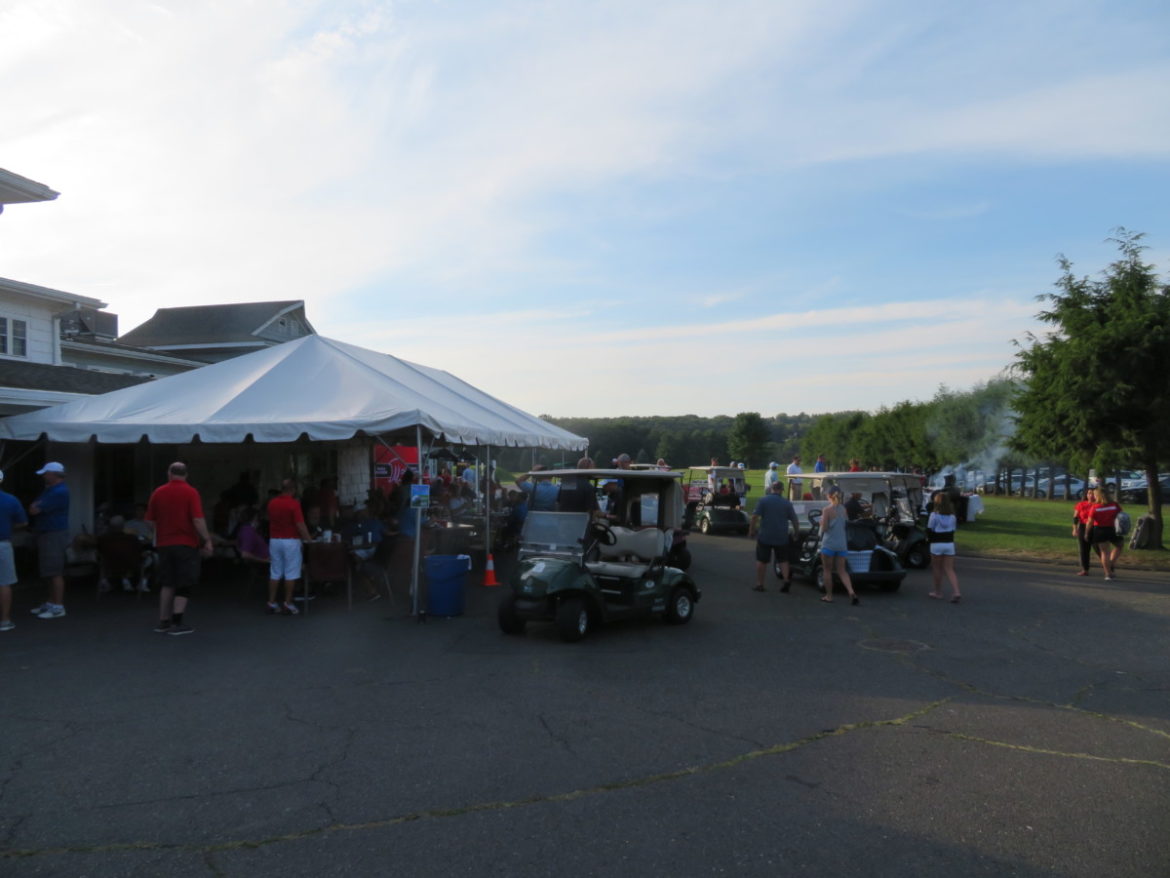 MONROE, CT —When Masuk High School’s budget doesn’t cover all of the costs for equipment and other expenses for its sports programs, Athletic Director John DeGennaro turns to the Masuk High School All-Sports Booster Club for help.

On Friday, the MASBC held its 14th annual golf outing, its biggest fundraiser, at Whitney Farms Golf Course. The money the booster club raises has paid for things such as banners, a golf cart and a softball field scoreboard to name a few. It also donated $75,000 for the completion of the school’s stadium field.

“This is such a great event,” DeGennaro said after stepping out of a golf cart Friday. “I can’t be more thankful to the volunteers, especially event committee co-chairs Tom DiBlasi and Jason Henry.”

Acting Superintendent of Schools Joseph Kobza and new Masuk principal, Steve Swensen, made appearances at the tournament to show their appreciation.

At a time when DeGennaro is waiting for a decision from the CIAC on whether fall sports will happen this year due to health concerns related to COVID-19, he said seeing the high turnout to the golf tournament was important to the student athletes.

“Everyone is thinking of them and coming out to support them, even when they had no sports,” DeGennaro said. “Everybody always steps up. That’s just the spirit and the nature of this town. Everyone is supporting all of our student athletes.”

The booster club also provides all the awards, varsity letters and two scholarships a year. DeGennaro said they also help out when things breakdown during the year.

There will be no spectators at games this year, but the MASBC bought a Pixellot camera for the Masuk gym, which will livestream games for fans.

Kris Yeager, the MASBC president, said money raised this year will help offset lost revenue from not having spectators on game days. 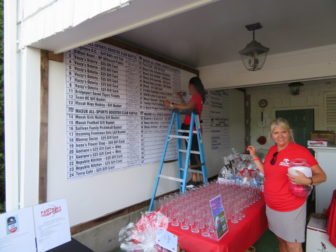 Friday’s tournament attracted 124 golfers. A silent auction was held online to win prizes donated by local businesses, and raffle tickets were sold for the chance to win gift baskets.

“I think the turnout has been fabulous,” Yeager said. “We were uncertain over whether we would have the tournament because of COVID, but we sold out on our golfers and the sponsors came through.”

When Yeager had last checked, the silent auction raised over $4,000 and his wife, Sarah said the raffle raised another $3,623.

“It will either be our best year or our second best year,” Yeager said.

DiBlasi said the record amount raised by the golf tournament was in the low to mid $20,000 range. Of this year’s event, he said, “this is far beyond what my expectations were,” adding with a smile, “it’s the only good news I’ve had in 2020.”

Henry, whose business, JMLS Consulting, was the event’s main sponsor, said coaches share what their needs are with DeGennaro, who provides a list to the MASBC. Aside from helping the sports programs, Henry said the donations ease the burden on families of student athletes, who already pay activity fees for their child to participate.

Guy Walker, of Trumbull, attended the MASBC Golf Outing as a friend of Yeager’s. He was impressed by the strong show of support from local businesses amid harsh economic times.

“Everybody’s hurting, especially small businesses, but they still sponsored the event,” Walker said. “They’re still part of the community. When times are tough, your true character shows through.”

Among them was Chris Bajda, owner of Groovy Guy Gifts in Monroe. His business donated tumblers, coffee mugs and swag bags with the Masuk Panthers logo. It also made an engraving for a pint glass giveaway for the cocktail party, which was sponsored by iArch Solutions, another Monroe business.

“We’re proud supporters of the community,” Bajda said. “We’re happy to be a part of it.” 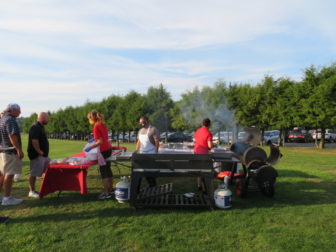 Food is grilled after the golf outing at Whitney Farms Golf Course Friday.

Steve Vavrek, a former first selectman and current member of the Rotary Club of Monroe, played in the golf tournament. He said the booster club benefited his children when they played sports growing up.

Vavrek was impressed with those who volunteered to make the day a success. “We need more volunteers,” he said.

Both Walker and Bajda praised Kris Yeager for the hours he put into the event. Yeager was up all night cooking pulled pork the day before the tournament.