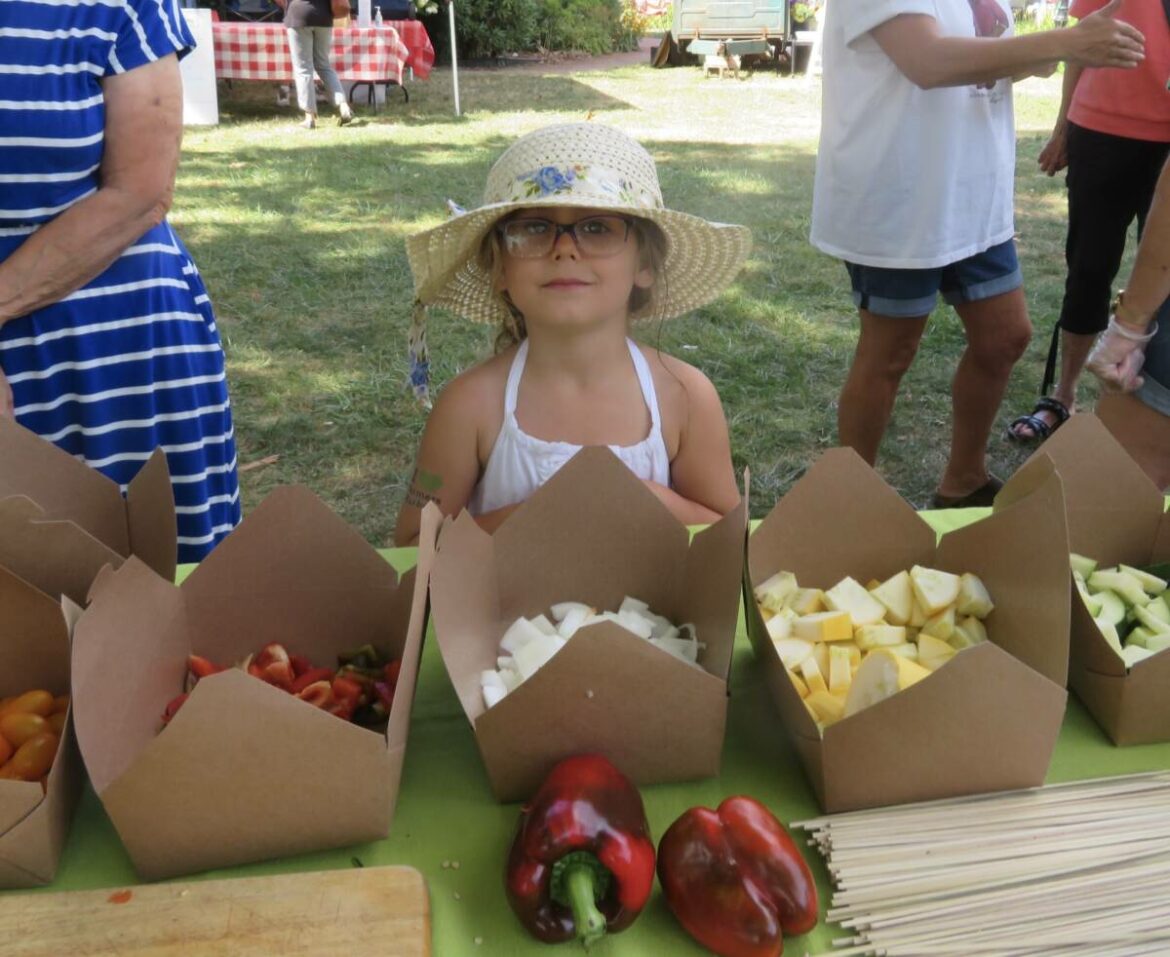 MONROE, CT — Liam Sallade, 9, of Oxford, slid a grape tomato and pieces of zucchini and onion onto his skewer at the Monroe Farmers’ Market’s Market Minis table Friday afternoon.

The new Market Minis program features an activity every week and children made their own kabobs last Friday. Tammy Julian, a market volunteer, worked at the table, which had grape tomatoes, peppers, zucchinis and summer squash for participants to choose from. 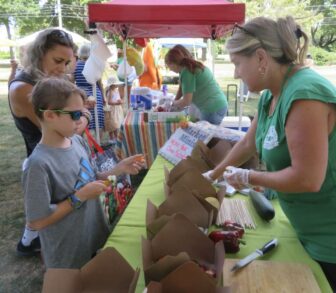 “We’re so excited,” Kelly Plunket, the market manager, said of Market Minis. “The kids love it. The parents love it, because it gives them something to do. In some of the activities they talk to farmers and learn what’s involved in a farmers’ market.”

The Monroe Farmers’ Market is using $1,000 it won in an online contest last season to pay for the new program. Last year it was voted the Number One Farmers’ Market in Connecticut and New England, and the third best in the country.

In addition to the contest money, Plunkett said an anonymous donor pitched in $500. Market Minis can have up to 150 participants and, as of last Friday, 140 kids had signed up. 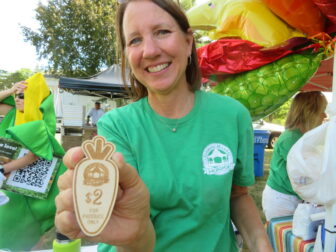 Kelly Plunkett, manager of the Monroe Farmers’ Market, holds up a two dollar token children can earn in the new Market Minis program.

The Monroe Farmers’ Market is held every Friday from 3 to 6 p.m. Every week, there is a new Market Minis’ activity. Among the activities, children participated in scavenger hunts, including a combination bingo/scavenger hunt, and  made their own pickles.

Each participant gets a punch card with carrots on it. After doing eight activities, they get a two dollar token, good for produce from any vendor at the market. 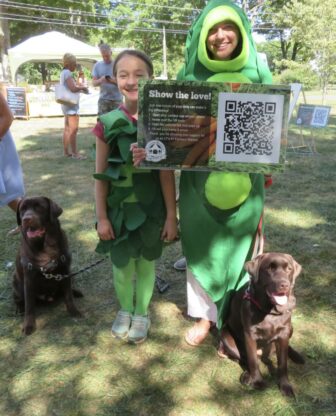 Sisters, from left, Grace, 10, and Aly Oleyar, 16, promote the Monroe Farmers’ Market for an online contest during Friday’s market with the help of dogs Barney and Winnie.

Plunkett said this has been the busiest season the Monroe Farmers’ Market has had. It could also be well on its way to defending its Connecticut and New England titles.

On Friday, vegetable mascots walked the green holding signs with the QR code needed for shoppers to access the American Farmland Trust website to cast their vote for Monroe in this year’s contest.

One popular event coming up is Tater Fest, to be held Sept. 16, according to Plunkett. It features potato-themed activities, including potato sack races. 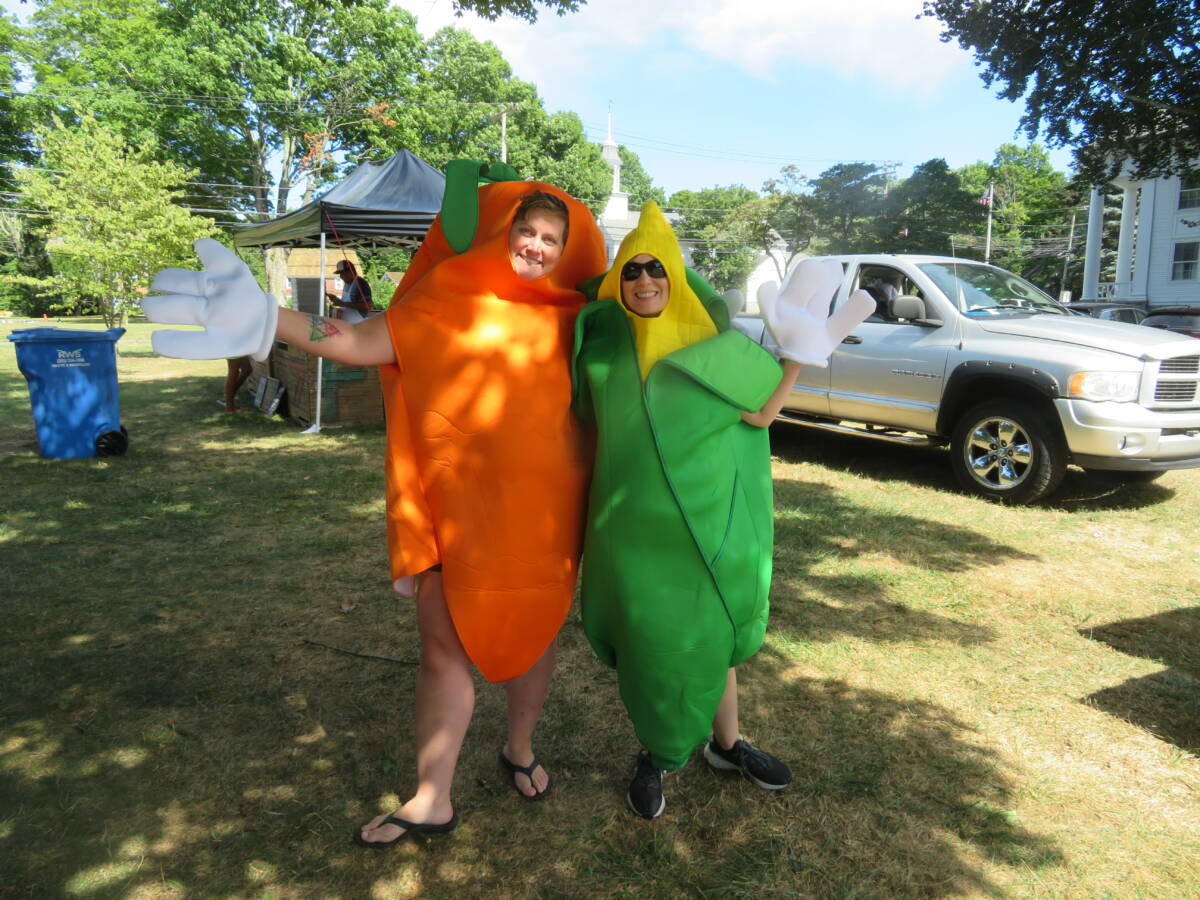 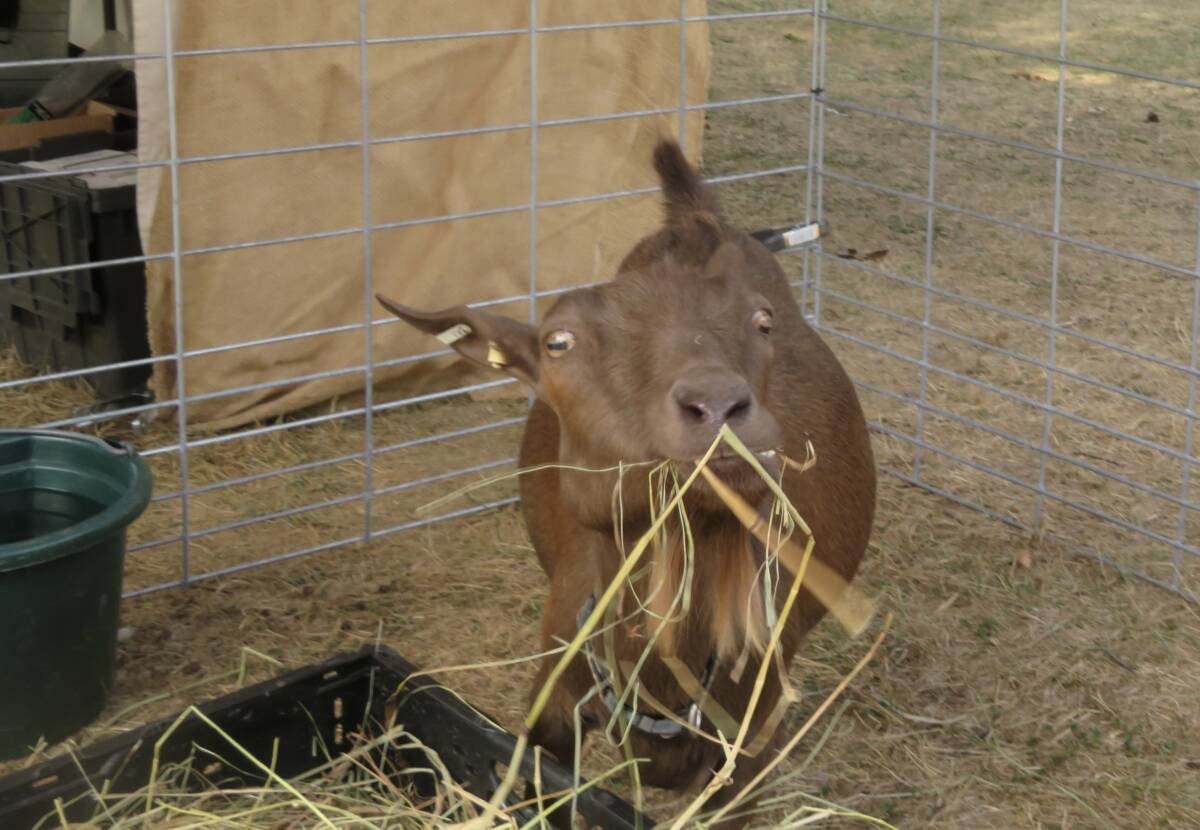 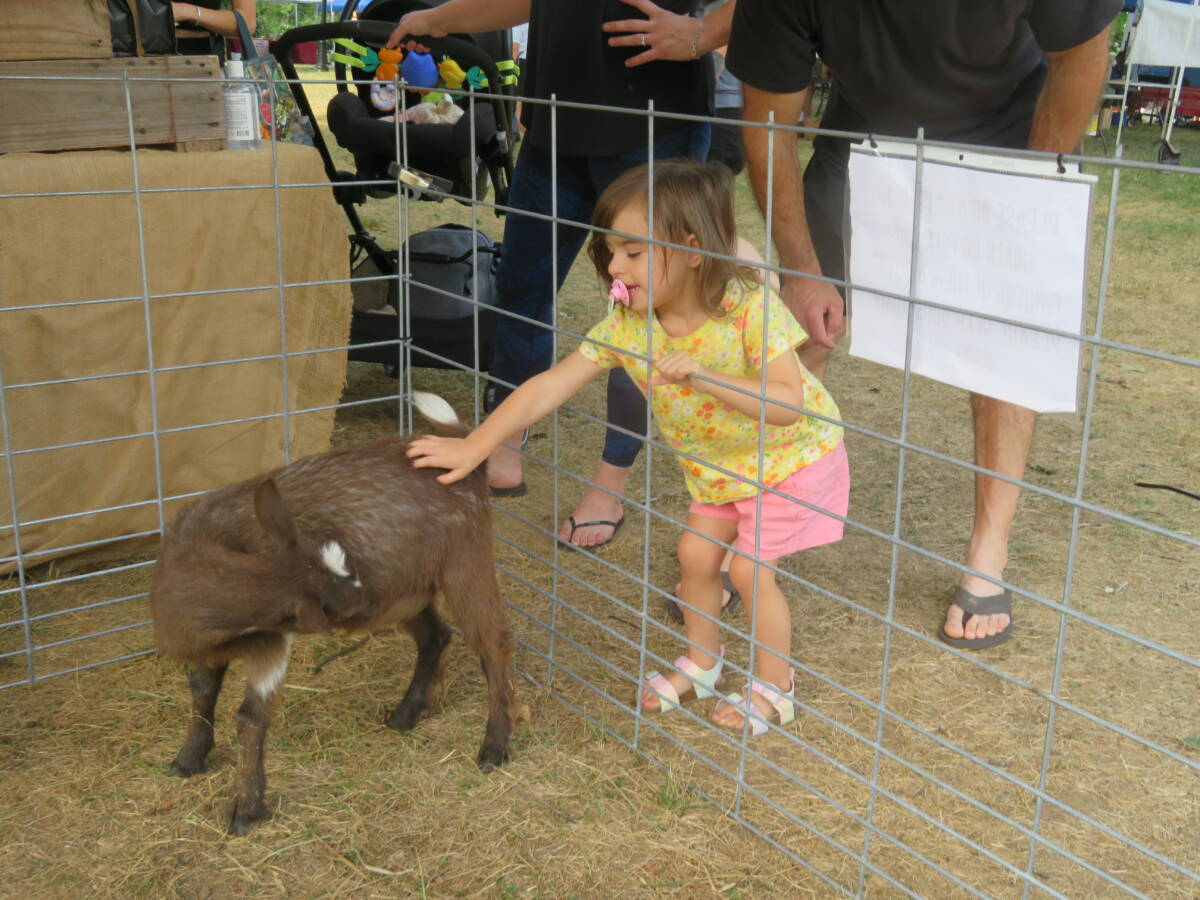 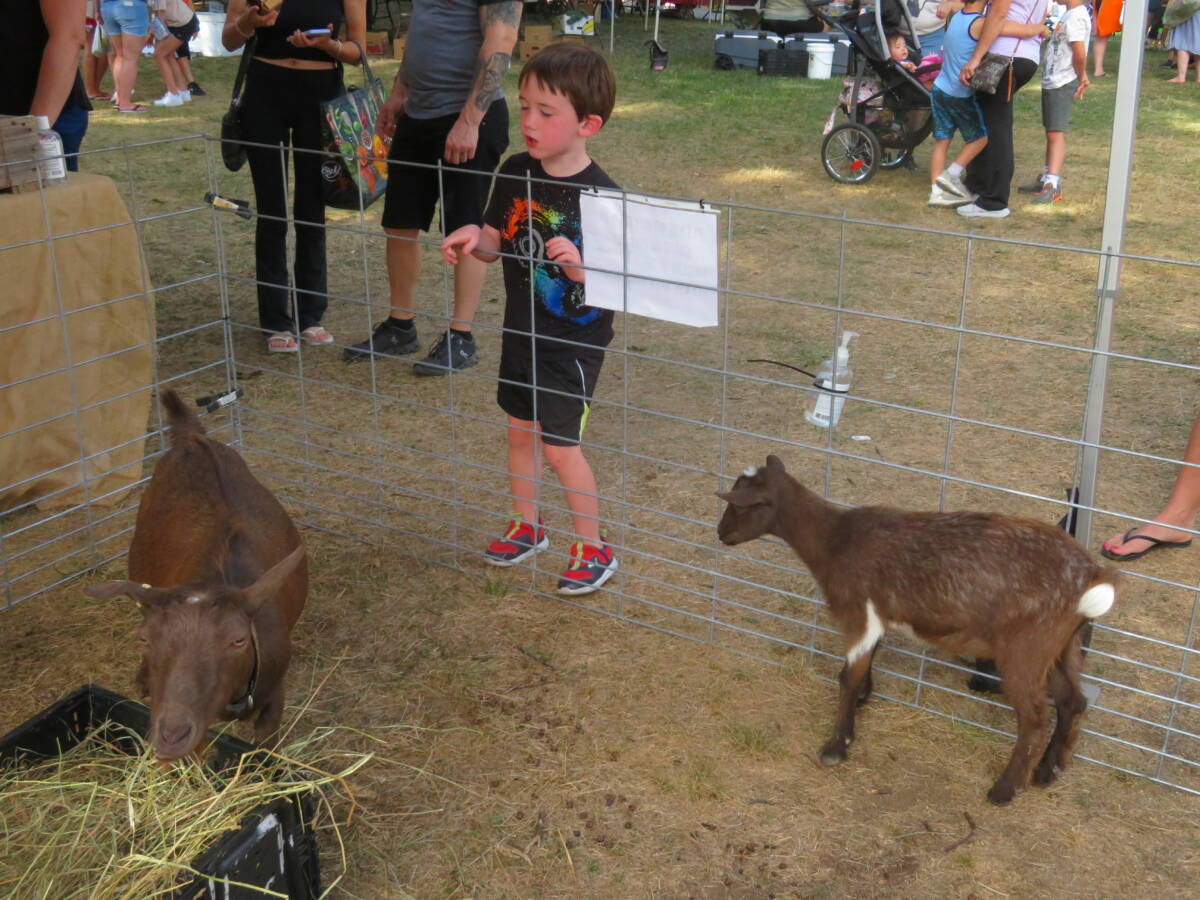 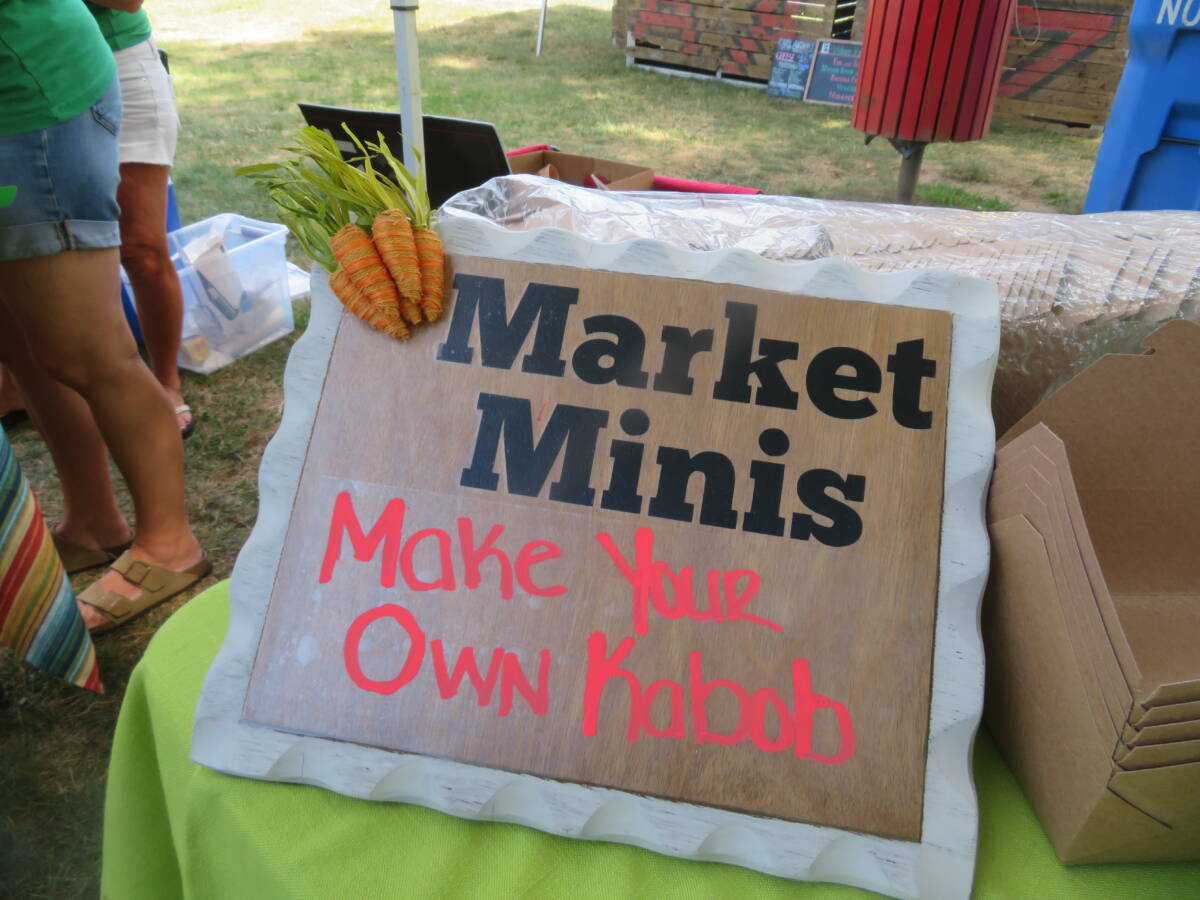 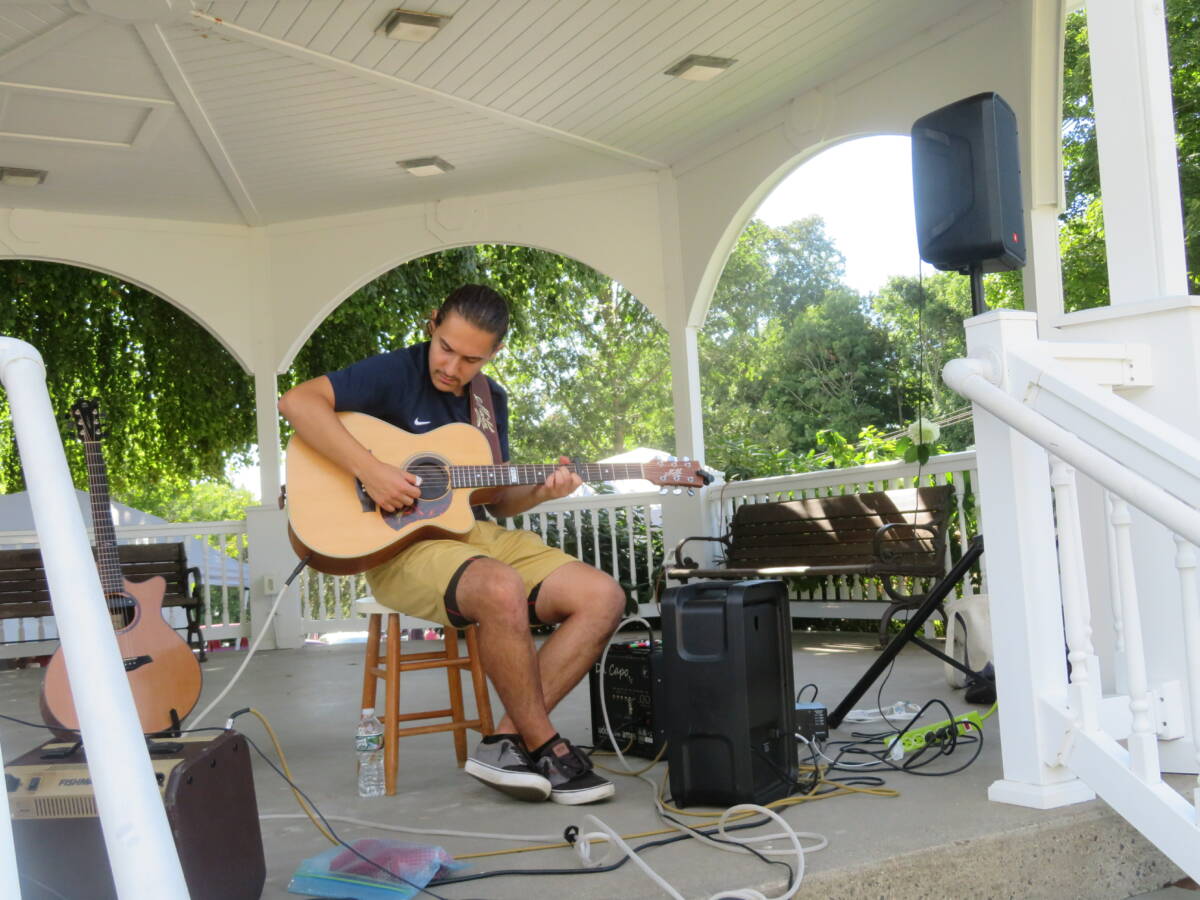 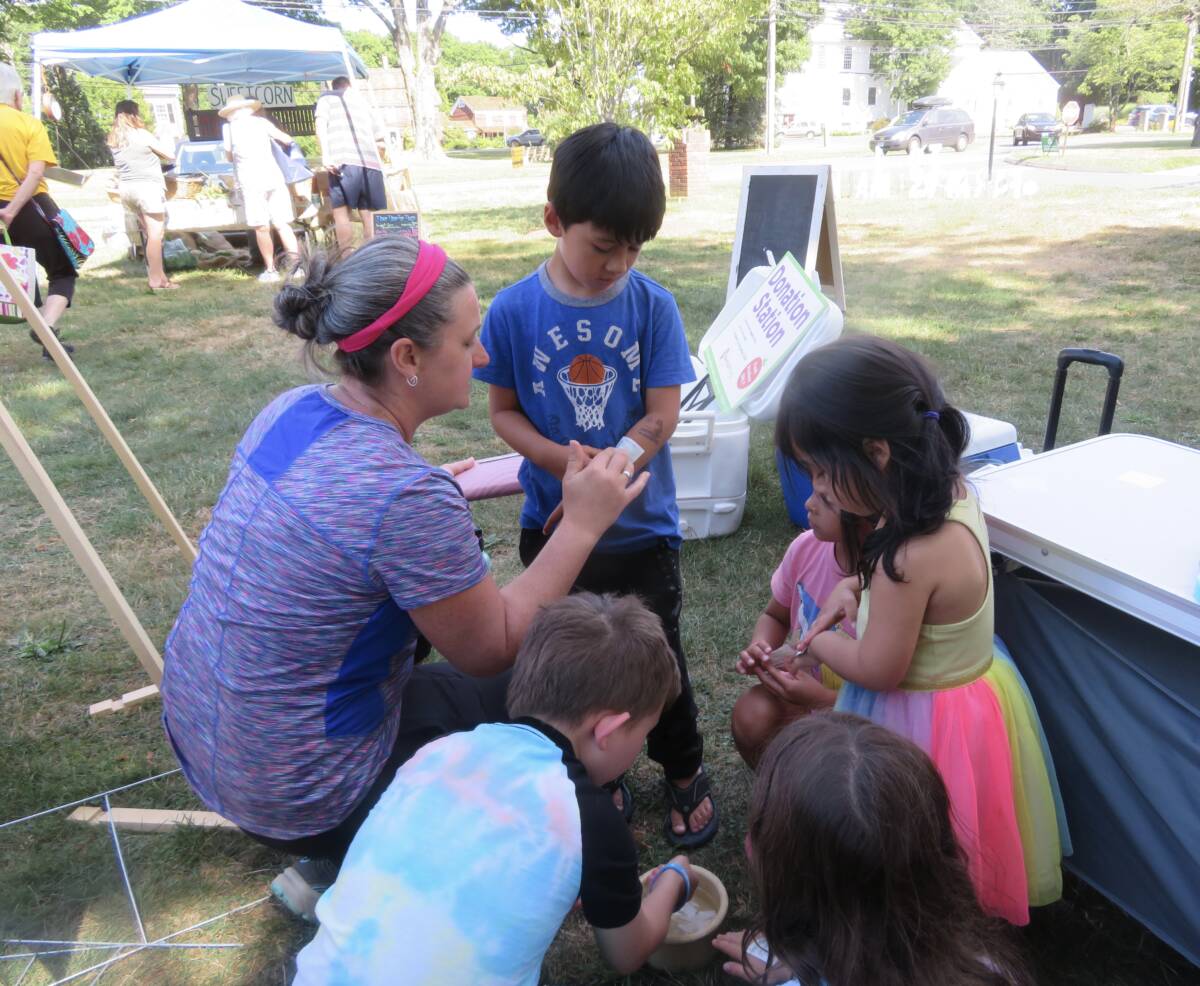 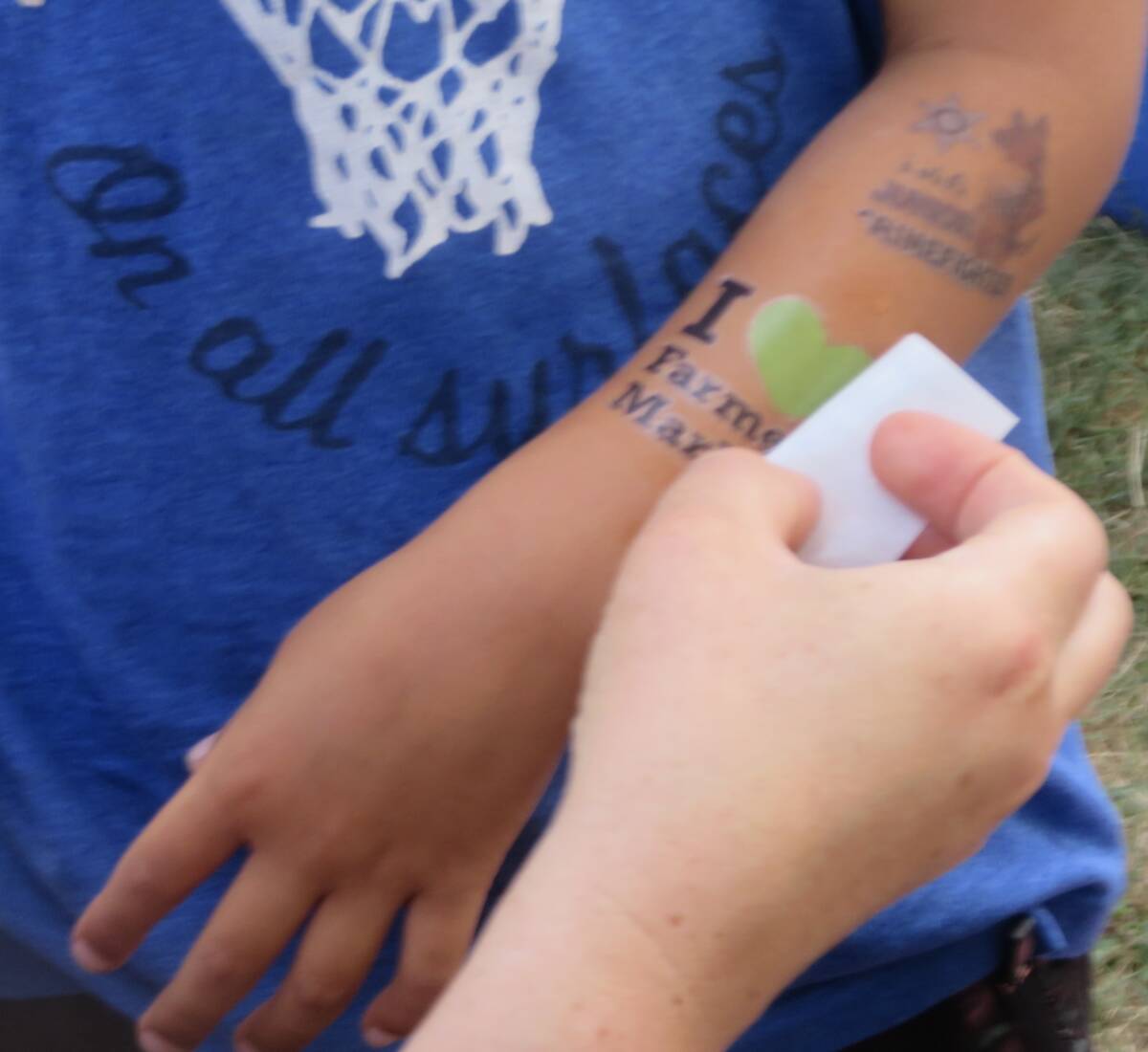 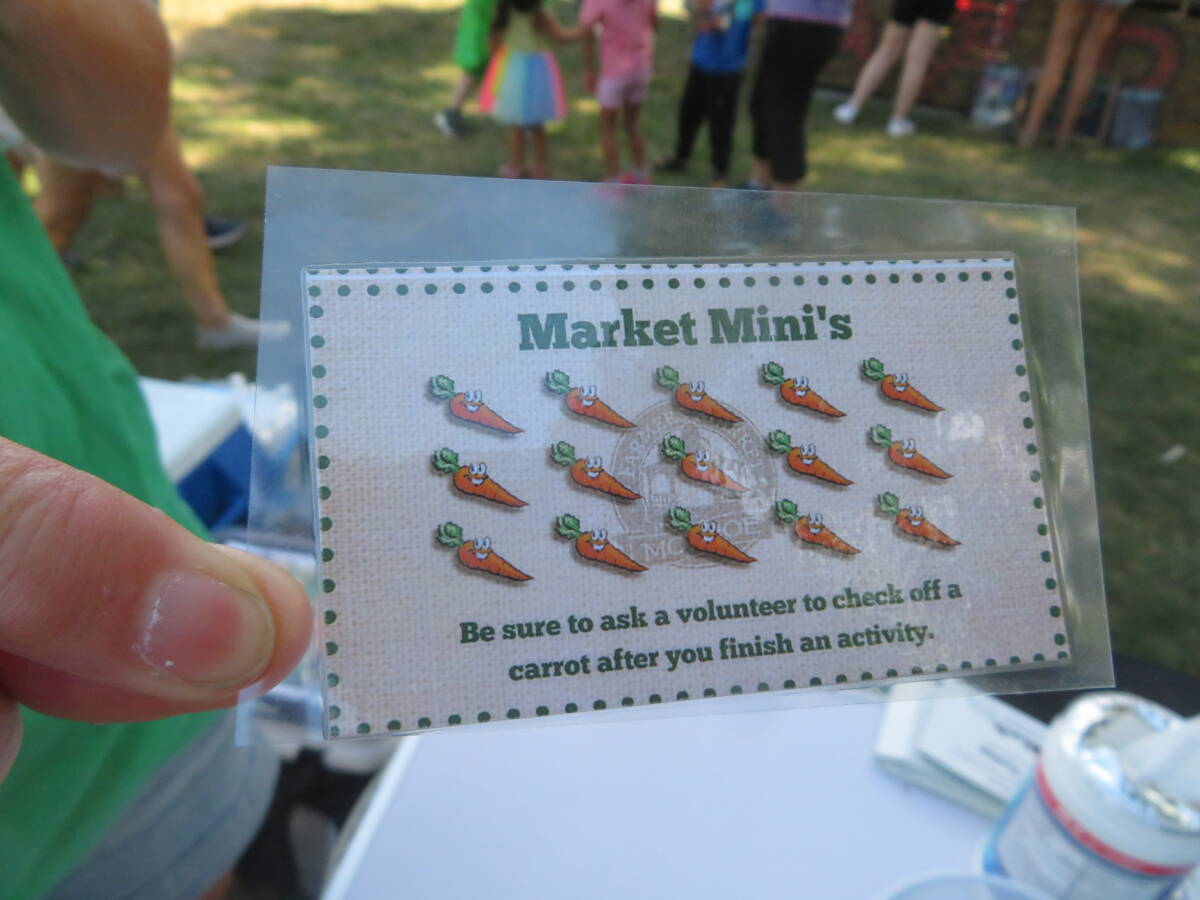