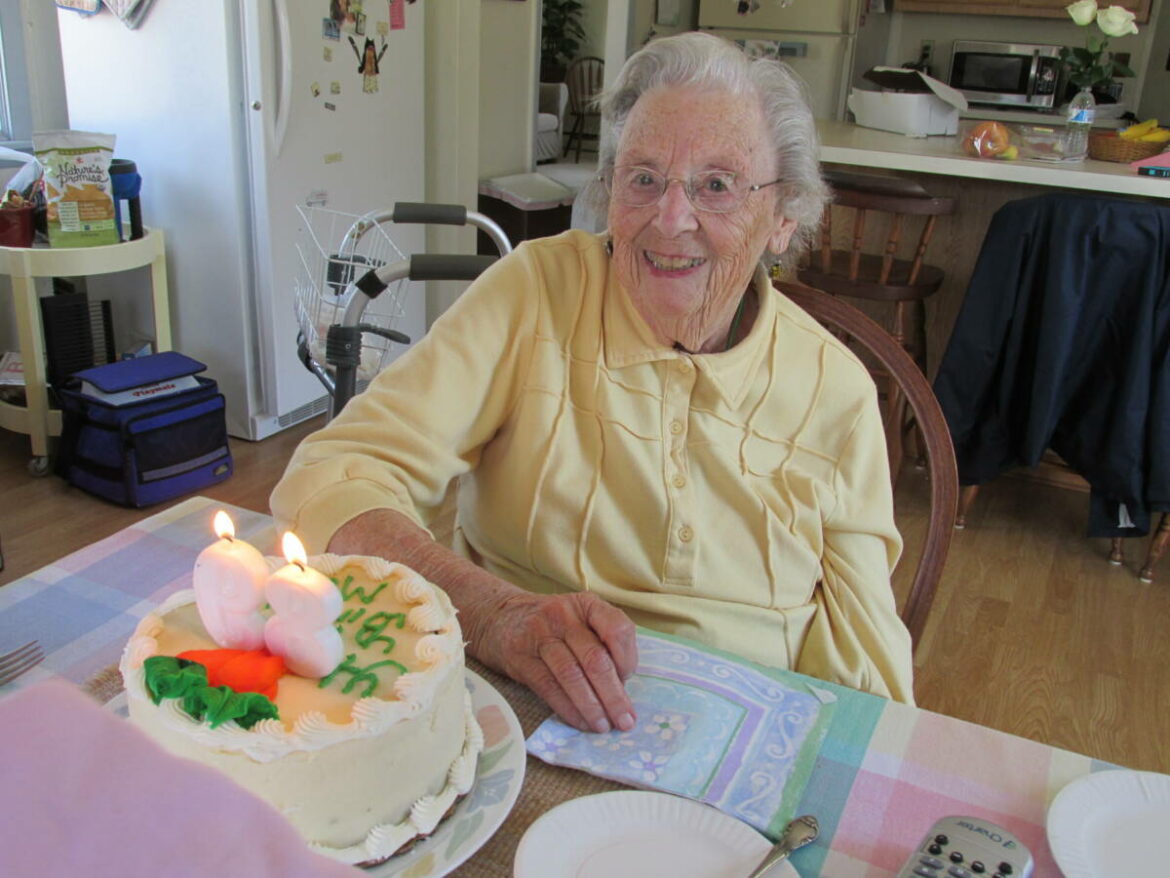 “It never hurts to give a wave and a smile.” — Marian Evelyn (Menshon) Dorné

Marian Dorné, 95, of Monroe, died peacefully in her sleep on the morning of May 14, 2021, of natural causes. She was predeceased in 2007, by her loving husband of 59 years, Donal Paine Dorné.

Marian was born on April 13, 1926 in Elizabeth, N.J., to Alice and William Menshon. She attended school in Roselle Park, N.J. and became very involved at Roselle Park High School. She acted in school plays, provided piano accompaniment for musicals (often alongside her sister, Ruth), was a class officer and involved in numerous activities and clubs. She was named “most musical student” and “did the most for RPHS” in her senior year.  She joined the choir at St. Luke’s Episcopal Church in Roselle meeting her future husband, Donal.

Marian graduated from Syracuse University in 1948 with a BS in Home Economics, and was in the Kappa Delta Sorority. Marian and Donal were married in 1948, in the church where they met. They remained in Syracuse, until Don completed his Master’s.

Marian and Don settled in Fanwood N.J., and had three children: David, Carolyn and Barbara. They moved to Monroe in 1960. Marian enjoyed teaching at Peter Pan Nursery School and Children’s Way Preschool. Right up till her last Christmas, Marian carefully hung ornaments she had received as “teacher gifts” on the tree.

Marian was involved in her children’s scout troops. She hosted an AFS student from Norway. At St. Peter’s Episcopal Church, Marian taught Sunday School, was involved with vestry, ECW, Bible-study groups. She knitted prayer shawls, and assisted in Victorian Teas, Apple Festivals, and Church Fairs. She worked at St Joseph’s Manor, Anodic Inc and Fuhrmann’s Baking. After Marian and Donal retired, they spend quality time traveling with friends and family.

Donal passed away in 2007, but Marian led an independent life, until her 90th birthday. She enjoyed swimming and church activities. Marian suffered a stroke in 2016, and spent her final years at Rosewood Manor, in Harwich, MA.  Although Marian struggled to speak correctly, she never stopped trying.

Marian had amazing persistence. She was able to enjoy her 95th birthday. On Mother’s Day 2021 she was visited by all three of her children and other family members. It was truly a happy day for everyone. She died quietly a few days later.

She will be greatly missed.

A memorial service will be held Saturday, June 26, 11 am, at St. Peter’s Episcopal Church in Monroe with a burial in the Memorial Garden, followed by a luncheon in the parish hall.

Memorial donations can be made in her name at St. Peter’s Episcopal Church, 175 Old Tannery Road, Monroe, CT 06468.

One thought on “Marian Evelyn (Menshon) Dorné will be greatly missed”