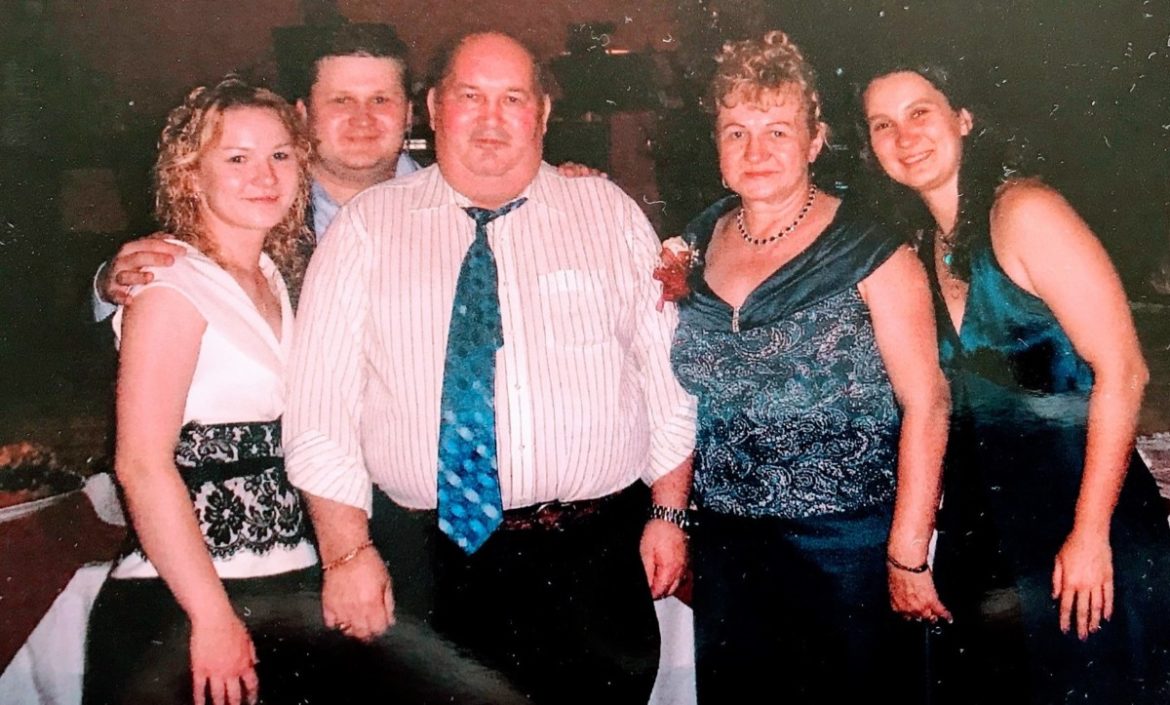 Zygmunt Paliwoda of Milford, third from left, died from COVID-19. He is surrounded by his family, from left, daughter Liz, son Mariusz, wife Janina and daughter Urszula. Contributed

MONROE, CT — When Evona Krieg, of Monroe, lost her uncle Zygmunt Paliwoda, 69, to COVID-19 on Thursday, April 2, her family had to decide how to handle the funeral arrangements amid the global pandemic.

“My Cousin was sitting in the funeral home,” Krieg recalled. “She showed the open casket with her phone.”

Only Paliwoda’s wife, children and siblings were allowed inside the funeral home for the ceremony, which lasted 15 minutes, according to Krieg. Paliwoda was later buried in Saint Mary’s Cemetery on Buckingham Avenue in Milford.

“It was lovely, by the water,” Krieg said. “It was beautiful.” 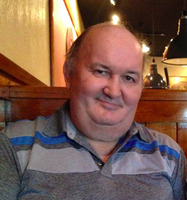 Only immediate family could stand by the burial plot, while others stood by their cars in the driveway to promote social distancing. Paliwoda’s brother, sister, wife and three children, wearing masks and gloves, each placed a red rose on the coffin.

Krieg said others watched video of the graveside ceremony, live streamed on Zoom.

“I stood outside my car,” Krieg said. “I thought it was important to attend something for him, because that man was always there for me at important times in my life.”

Social distancing measures have forced families to be creative in honoring their loved ones. Live gatherings are limited to close family members with others attending services via social media. Friends and distant relatives wanting to attend graveside ceremonies in person, often choose to watch burial rituals from their cars rather than on video.

At wakes, some funeral homes have even arranged for drive thru services.

Families in mourning already have a lot on their plates. When it comes to making funeral arrangements, Victoria Martin, a funeral director at Spadaccino and Leo P. Gallagher & Son Community Funeral Home in Monroe, said directors can alleviate their stress.

“We just want to make sure families know we’re here to help them,” she said. “We’re in unprecedented times. We’re here to answer any questions they may have.” 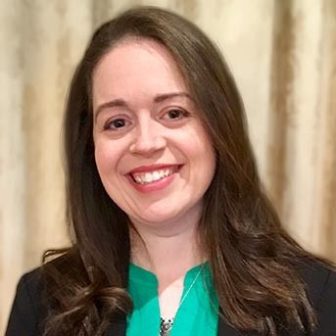 Martin said funeral homes are seeing an increase in volume during the pandemic and all follow guidelines from the Centers for Disease Control and the state of Connecticut.

“The state dictates we can have gatherings of no more than 10 people at a time,” she said, adding, “that is funeral homes, not cemeteries.”

Martin said private cemeteries and those under the Roman Catholic Diocese of Bridgeport have the same, and in some cases more strict, guidelines.

“It depends on the cemetery,” she said. “Some are saying 10. Some five. I always call ahead and say, ‘what are your guidelines right now?'”

One result of the smaller gatherings inside funeral homes is wakes are significantly shorter, according to Martin.

“On average, it’s probably about an hour,” she said. “If there is eulogizing or some type of service here, it’s about an hour or so.”

Martin said a lot of families are requesting services and burials in one day.

When it comes to hosting funerals, Spadaccino and Leo P. Gallagher & Son offers live streaming capabilities through its Facebook page.

“If they prefer to use Zoom or something they came up with, we can help set that up,” Martin said. “We’re happy to do that for families and allow others to participate in this process.”

She said it’s the creativity of the families can make these events more meaningful.

“Friends and family come from near and far,” Martin said. “They want to share their respects and share stories — and it’s hard right now. We can put our heads together and create a life well celebrated through the funeral home and through the community.”

“We’re working to keep communities safe, while trying to maintain as much funeral based normalcy as we can,” she added. “There are some challenges.” 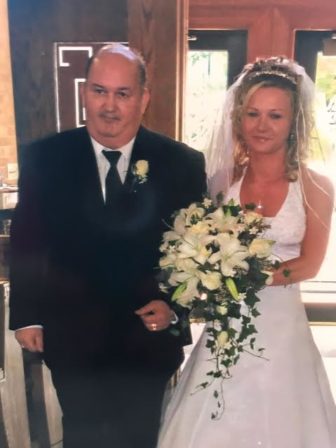 Zygmunt Paliwoda walks his daughter, Liz, down the aisle at her wedding. Contributed

Zygmunt Paliwoda was born in Sadowo, Poland, on May 4, 1950. He and Janina Ostrowska Paliwoda, his wife of 45 years, lived in Milford and had three children.

Paliwoda, affectionately known as “Ziggy” to those closest to him, was “beloved by his family, friends, and the Polish community,” according to his obituary.

“My uncle was a loving caring, helpful man,” Krieg said. “He would help anyone in the family who needed something. He was very generous, encompassing, extremely family oriented. He was my godfather too.”

Krieg remembers seeing her uncle at family dinners every Sunday growing up, and how he was always there for big events in her life, from her first communion and confirmation to her wedding day.

Paliwoda had been diagnosed with Parkinson’s disease and was living in a nursing home in Shelton later in life. On March 30, one of his daughters told Krieg he had come down with a fever and possibly had COVID-19.

“It was just so sad for everybody, his family and friends in the Polish community,” Krieg said. “It was sad to see him pass. He had a lot of people visiting him in the nursing home. He was just a great man.”