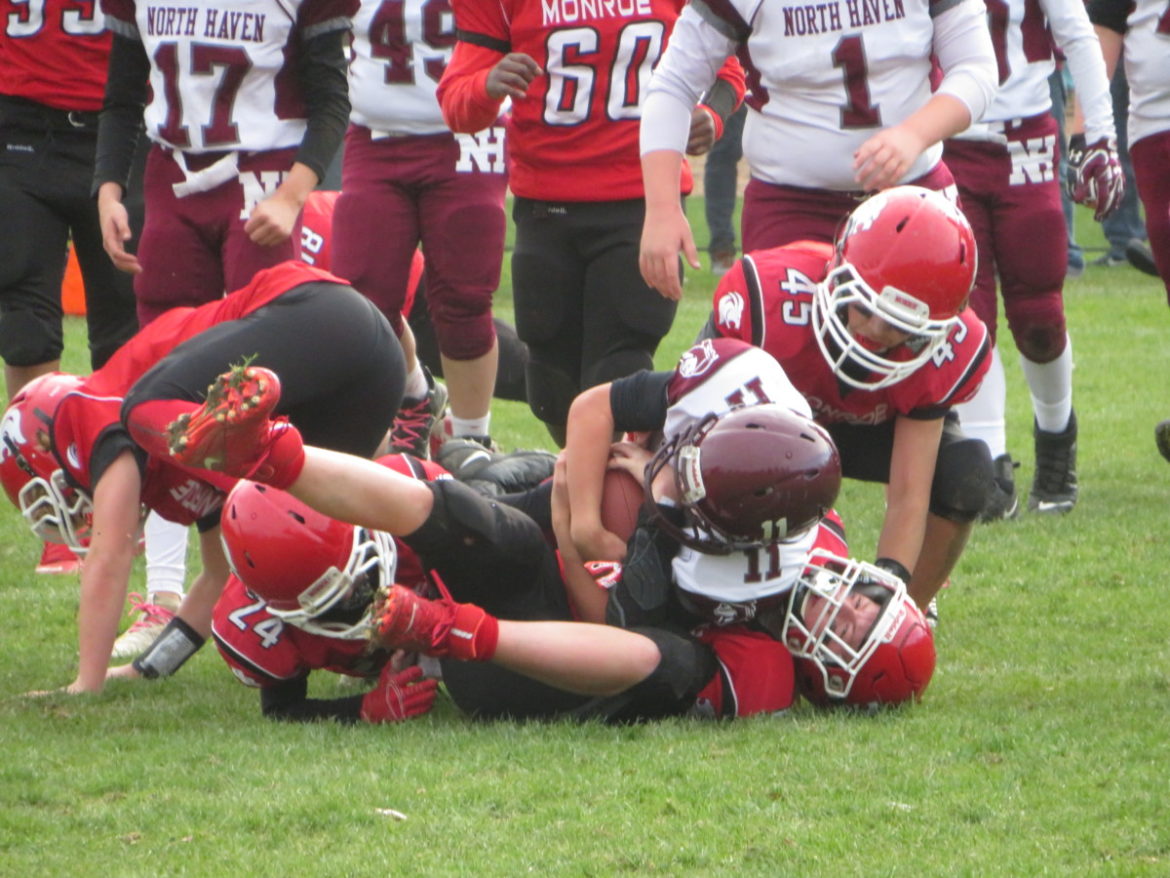 The Monroe Lions defense bottles up a North Haven runner in the home team's 46-36 win Sunday.

A 36-28 fourth quarter deficit against the North Haven Indians threatened to end the Monroe Lions seventh-graders’ perfect season and bounce them from the playoffs on their home field Sunday.

But then the Lions took over, scoring three touchdowns while their defense shutdown the Indians’ offense the rest of the way before a frenzied Wolfe Park crowd. The Lions’ 46-36 victory in the Shoreline Youth Football Conference playoff game punched their ticket to the championship game next weekend.

A short highlight video captures the excitement of the home win. The Lions were down 36-34 with just over 7 minutes left, when this happened …

Mike Putnam, whose son Ryan plays on the team shared a video he made, edited with some great music: