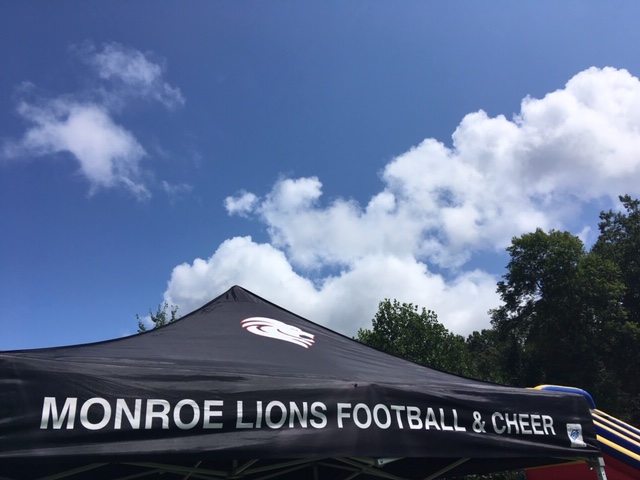 Children slid down a giant slide, played Cornhole and had their faces painted on the Masuk High School softball field Saturday, while their parents socialized and bought Italian food from trucks in the driveway.

Red and black balloons flew throughout the festivities, proudly displaying the colors of Monroe Lions Football and Cheer.

“It’s for all ages,” Rick Henderson, vice president of football, said of the event. “But we do like it because it’s a nice bonding experience for the young children and their families to learn about the program. We’re football coaches all week long and we’re here. The families know we’re family too.” 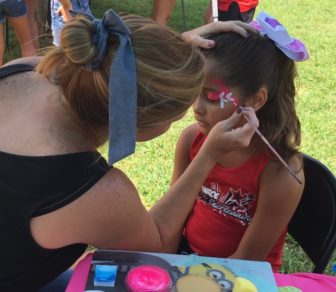 This year the Lions have six tackle football teams competing with Shoreline teams in American Youth Football & Cheer with around 150 kids from grades 3 to 8, 60 children from kindergarten to second-grade playing flag football and three cheerleading teams.

“Football in Monroe is growing, where a lot of other teams are struggling,” Henderson said of the program. “I think it’s things like this. We’re not just football.”

Henderson said the program concentrates on safety and teaching children the right way to play, while instilling values in its players. “It’s not just about winning,” he said. “It’s about sportsmanship and teamwork.”

“This is an exciting year for cheer,” Henderson added. “We have a team of returning champions from Kissimmee, Fla. They were the D-8 team, now they are D-10.”

Lions Cheer also has a D-12 team. There are about 62 girls age 5 to 14 in the cheer program in all, according to Amy Guerra, vice president of cheer.

“I’m super excited,” Guerra said. “I think we have a great turnout.”

The football teams have a scrimmage in Cheshire on Saturday and the season opens on Labor Day Weekend. The fourth-graders will play the first game against Southington at Wolfe Park.

“In football, all the kids are looking forward to the season,” Henderson said. “We have some strong teams and some looking to compete.” 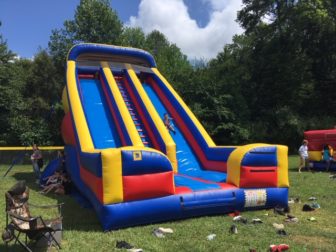 A giant inflatable slide was a main attraction at Monroe Lions Football and Cheer’s fundraiser at Masuk Saturday.

Batch said the people in the Monroe Lions program are like family. “It’s a confidence booster. That team camaraderie is huge,” she said. “I’m always recruiting parents to get their son to sign up for football. Some of my son’s closest friendships are because of those years of playing together.”

Amanda Tiberio’s daughter Mia, 9, is a fourth-grader on Lions Cheer’s D-10 team. “It’s her third year,” Tiberio said. “She loves the competition and being with her teammates. It’s very welcoming and it’s all about the team. They’re all about fitness this year and it teaches kids to be good sports in competitions and to support each other.”

Close ties to the Panthers 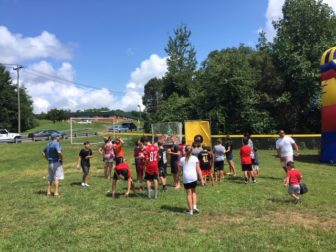 Football players and cheerleaders gather around the dunk tank area at the Monroe Lions Football and Cheer fundraiser at Masuk Saturday.

An AYF Night is celebrated for a Panthers’ home football game every season. The young football players, cheerleaders and coaches go out to the middle of the field and are cheered by the Masuk crowd.

“They get to experience the excitement of walking onto the field,” Henderson said.

After halftime, Guerra said the boys and girls line up to greet the Panthers as the team runs back onto the field. She said, “they high five all the kids by the gate.” 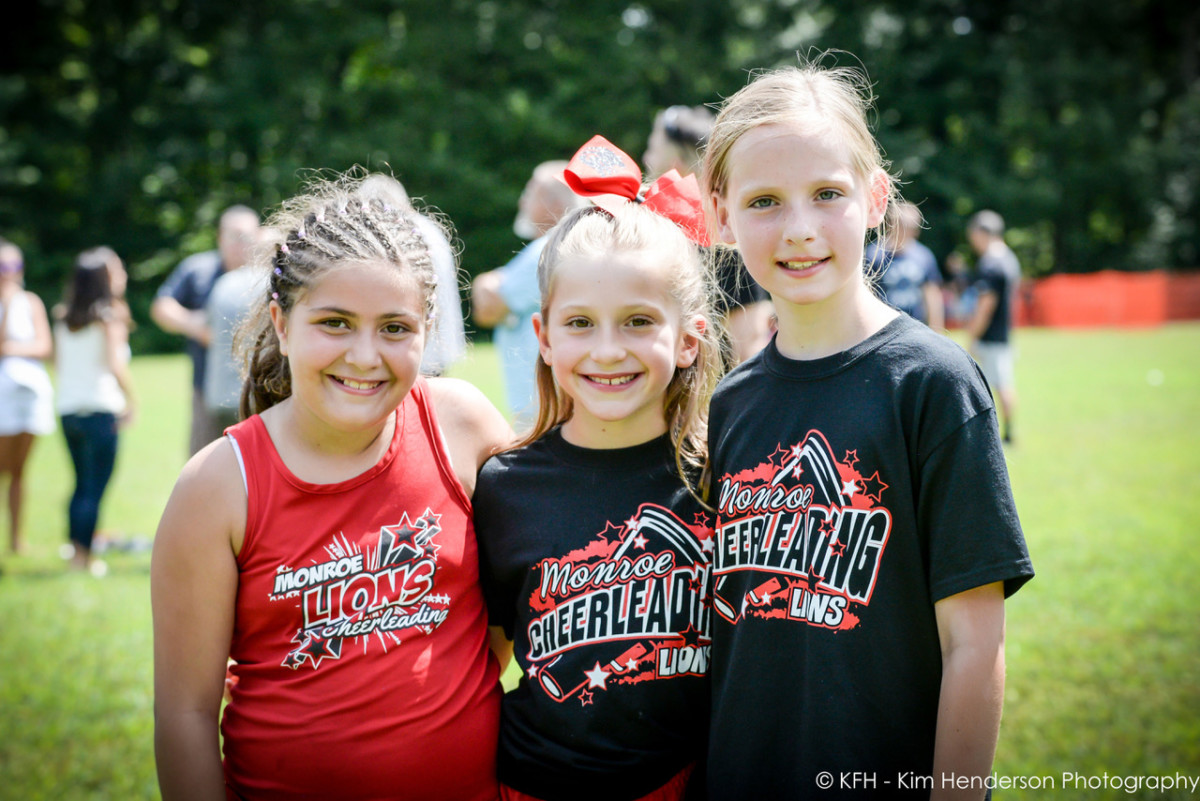 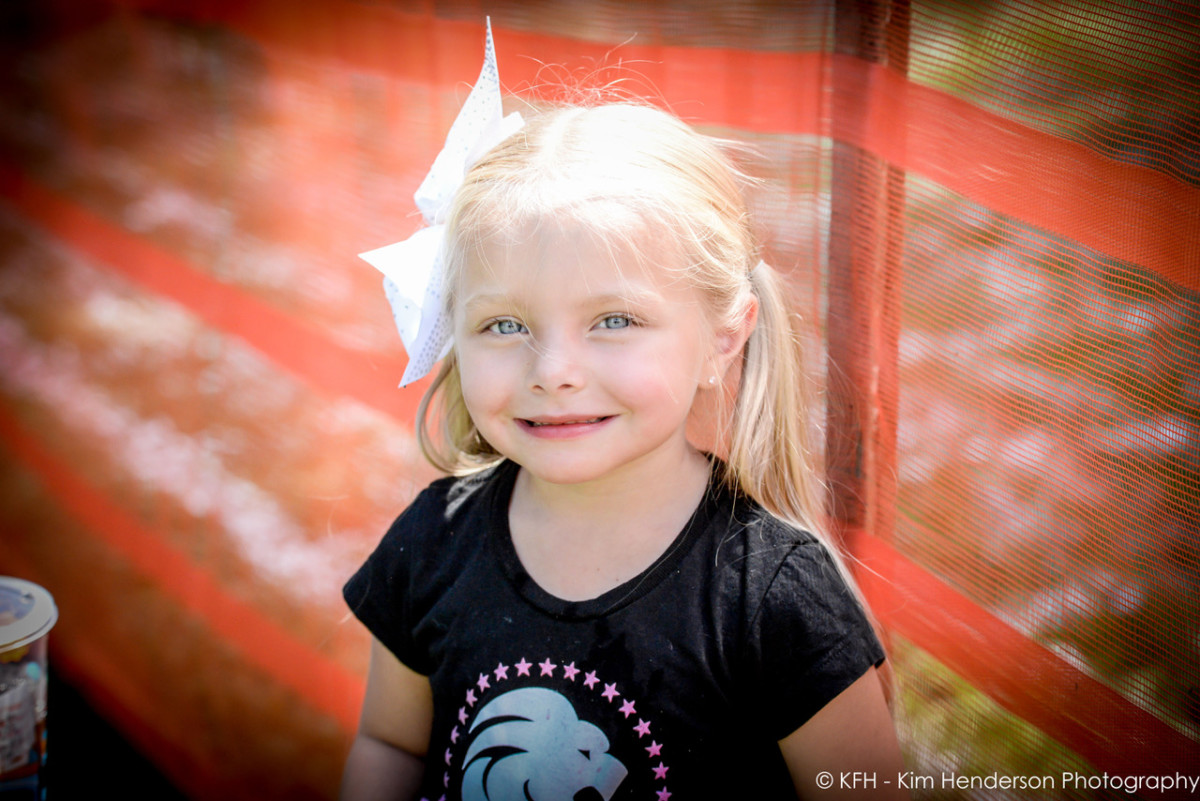 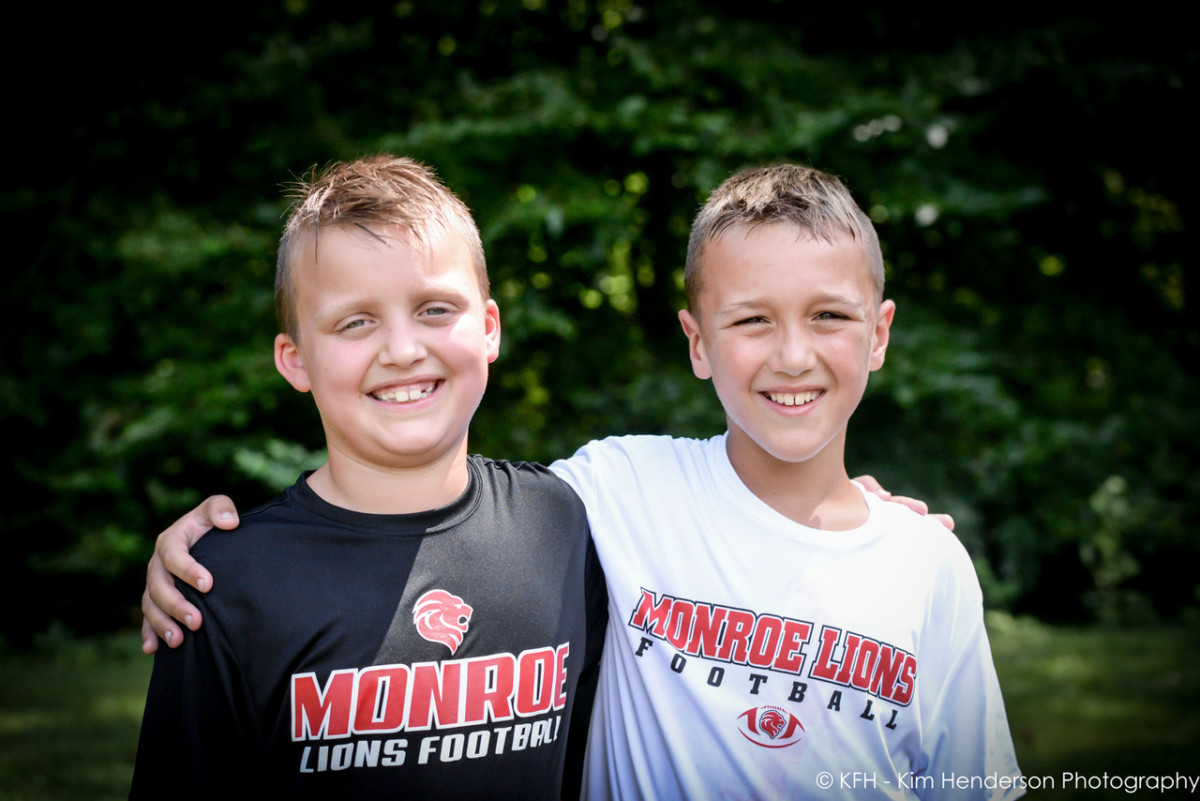 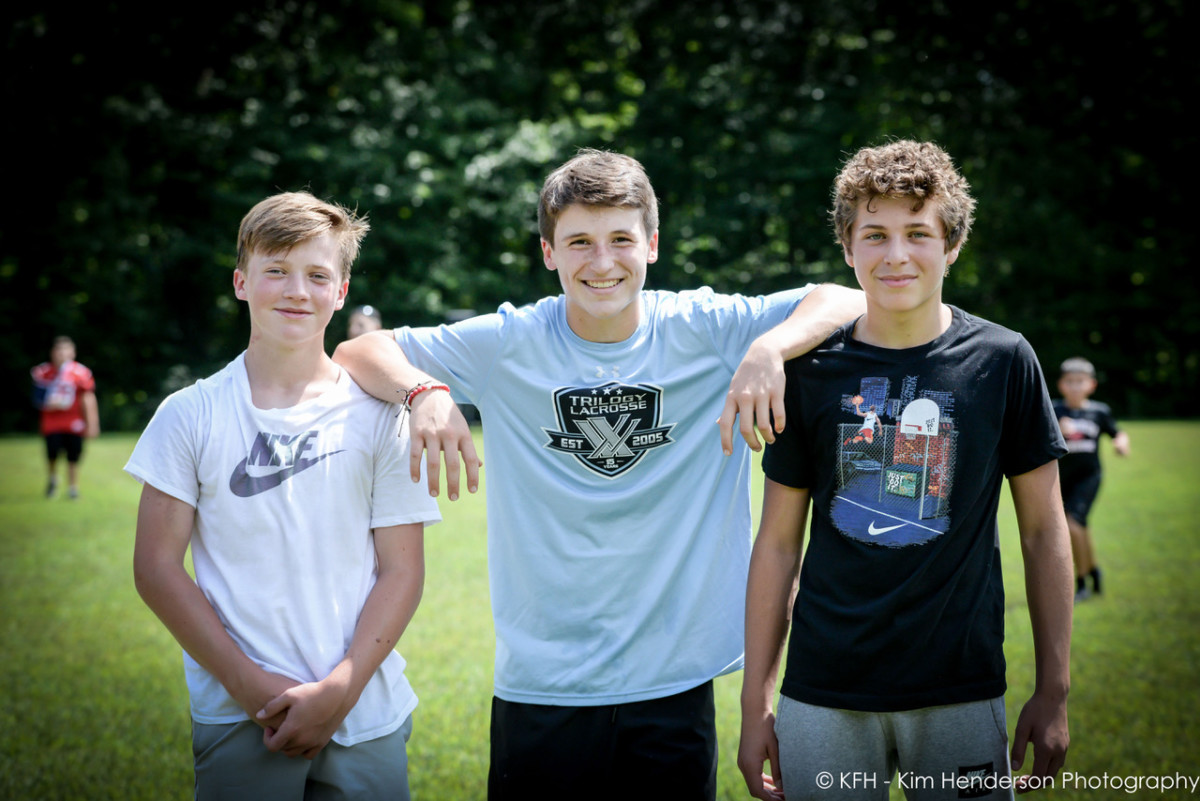 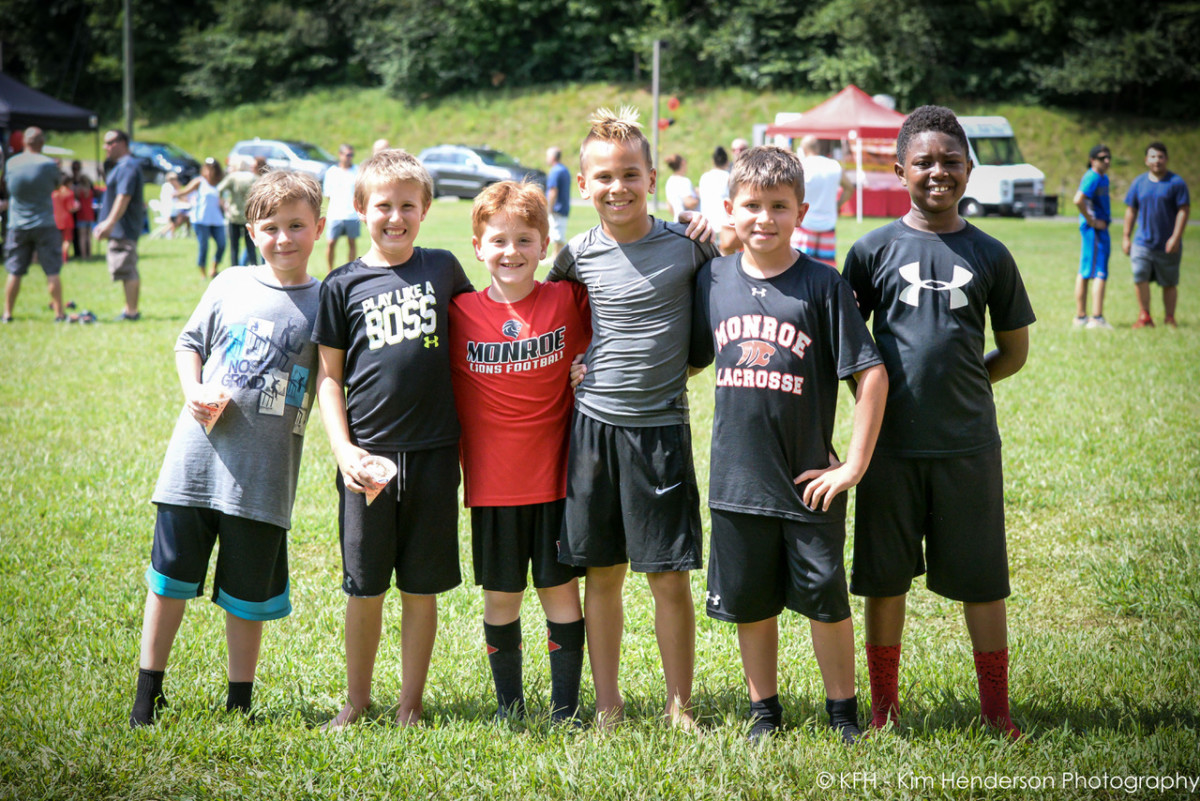 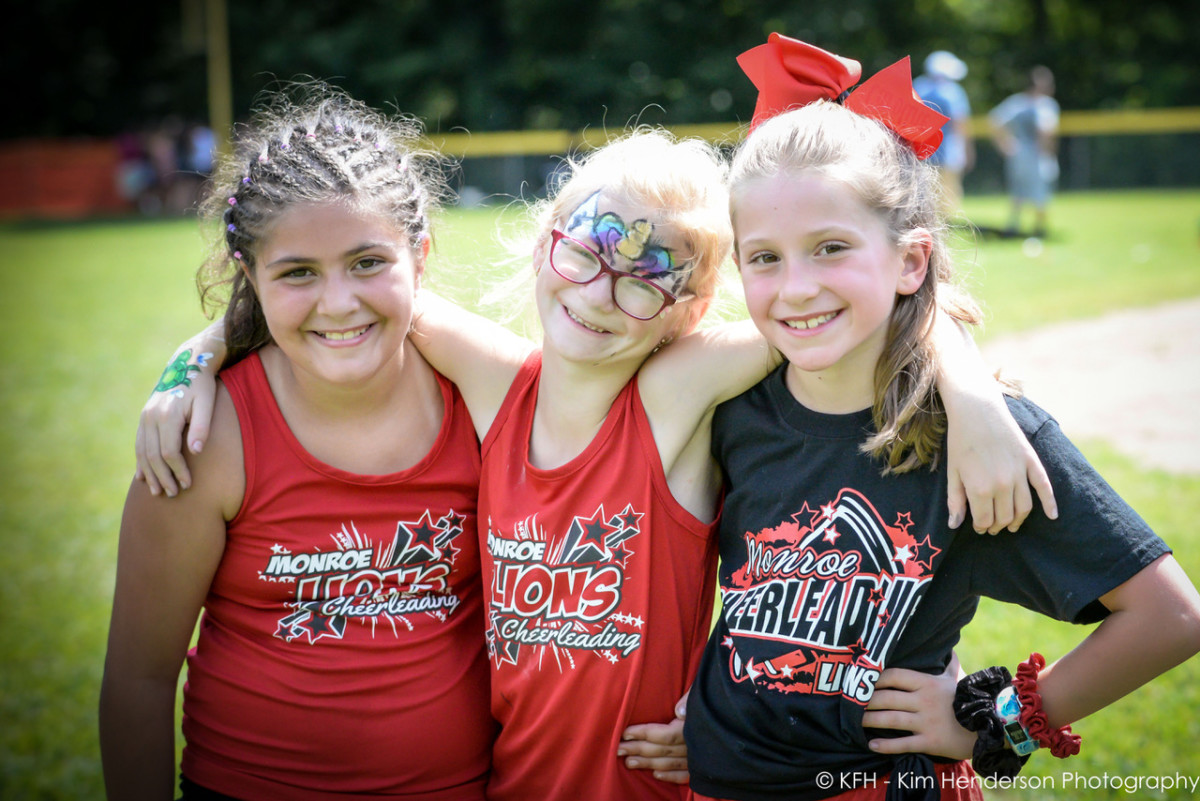 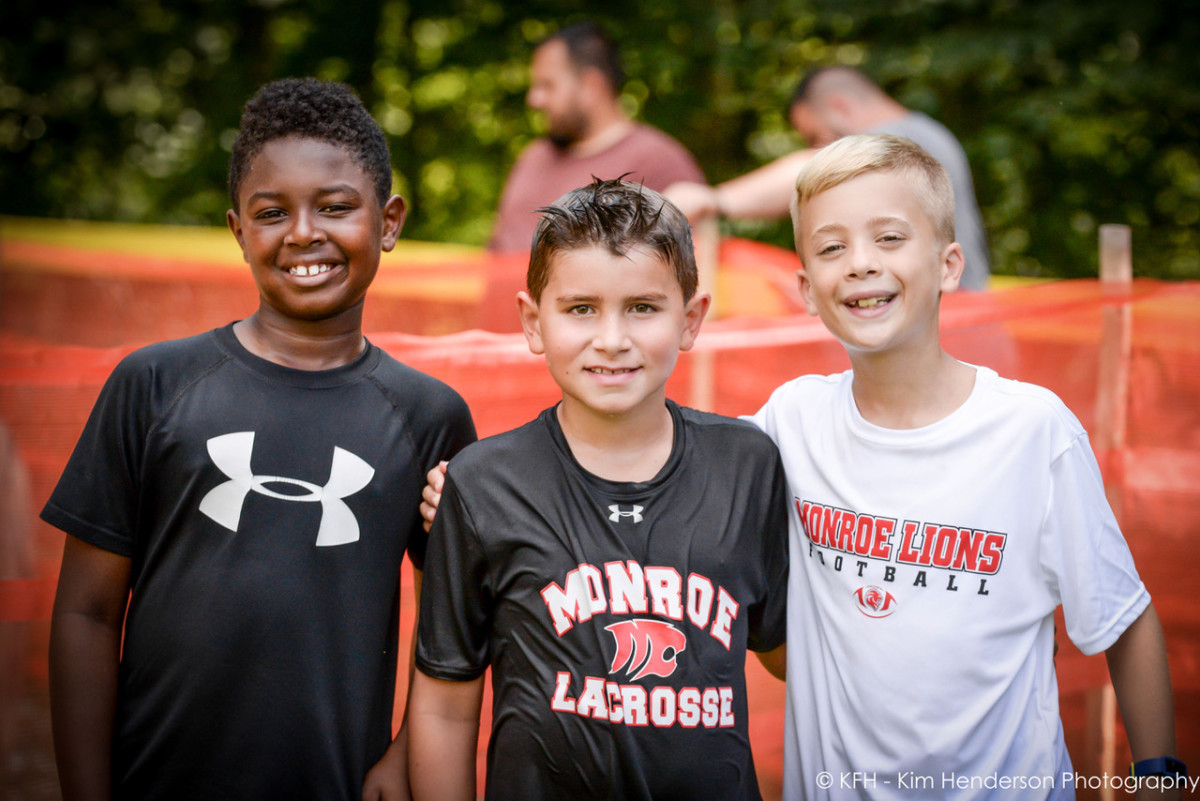 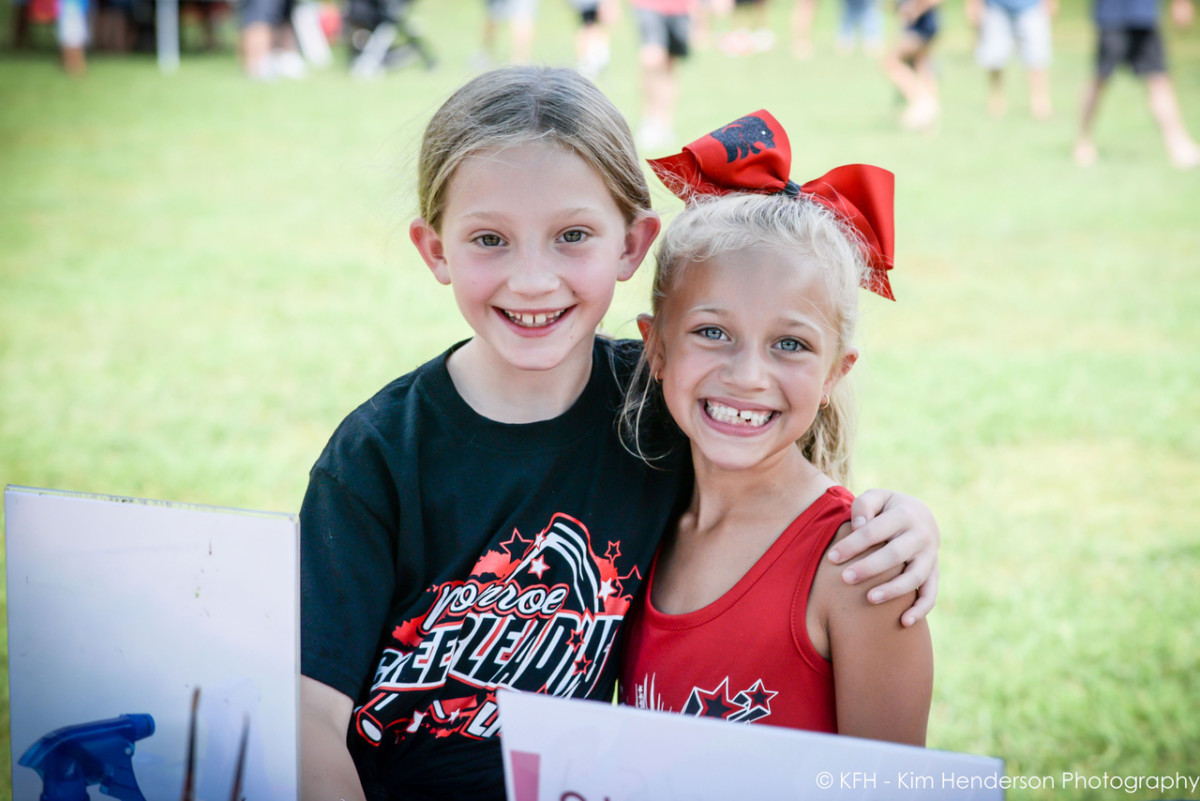 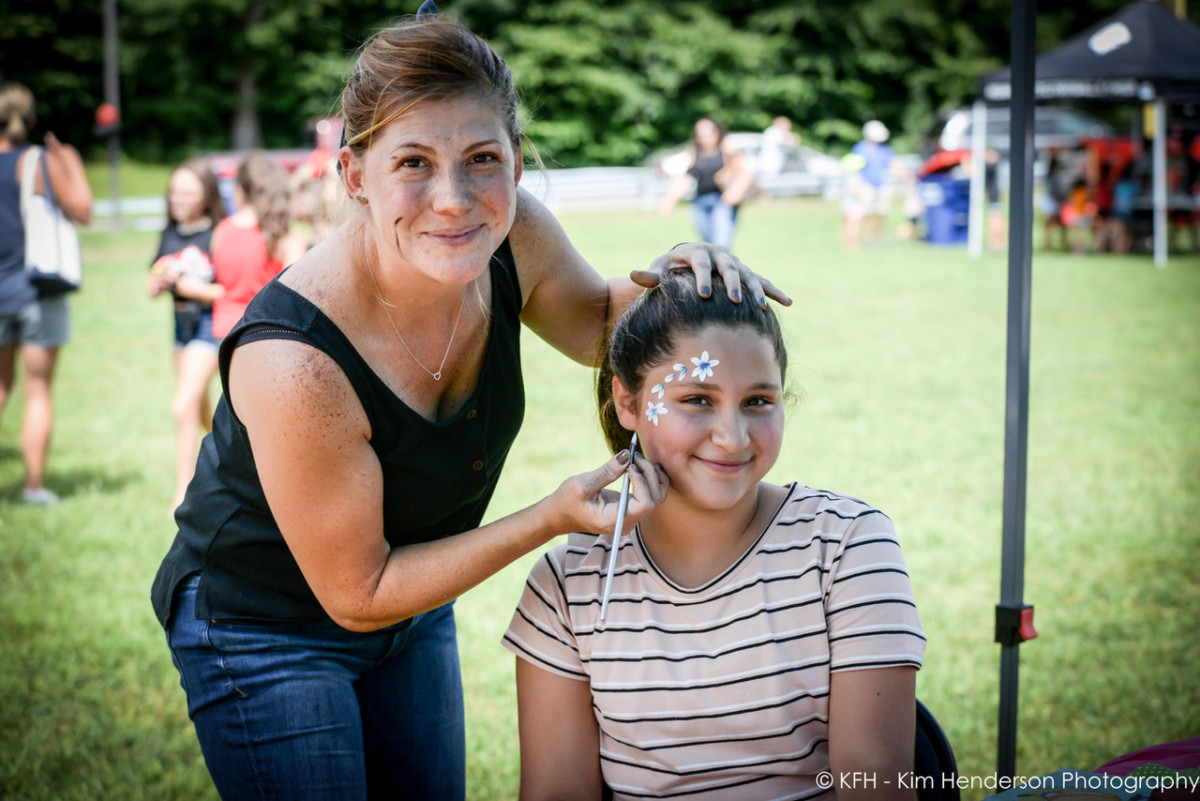 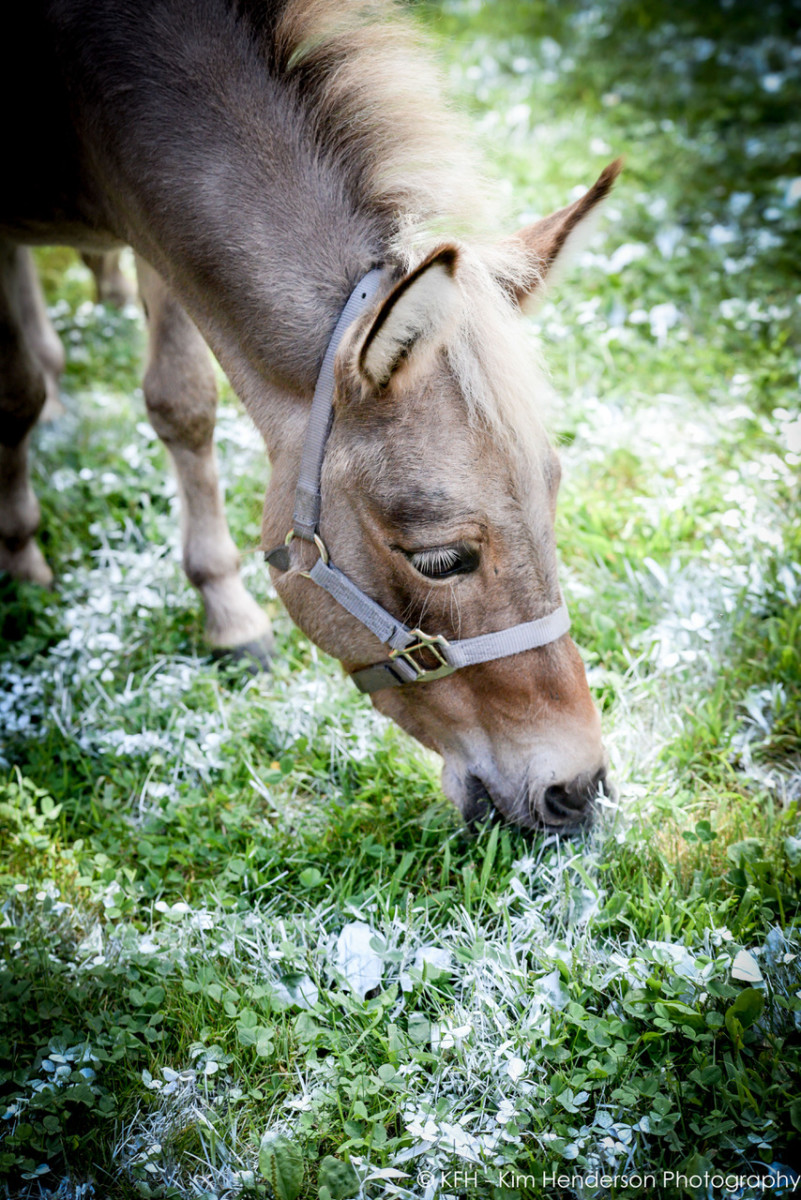 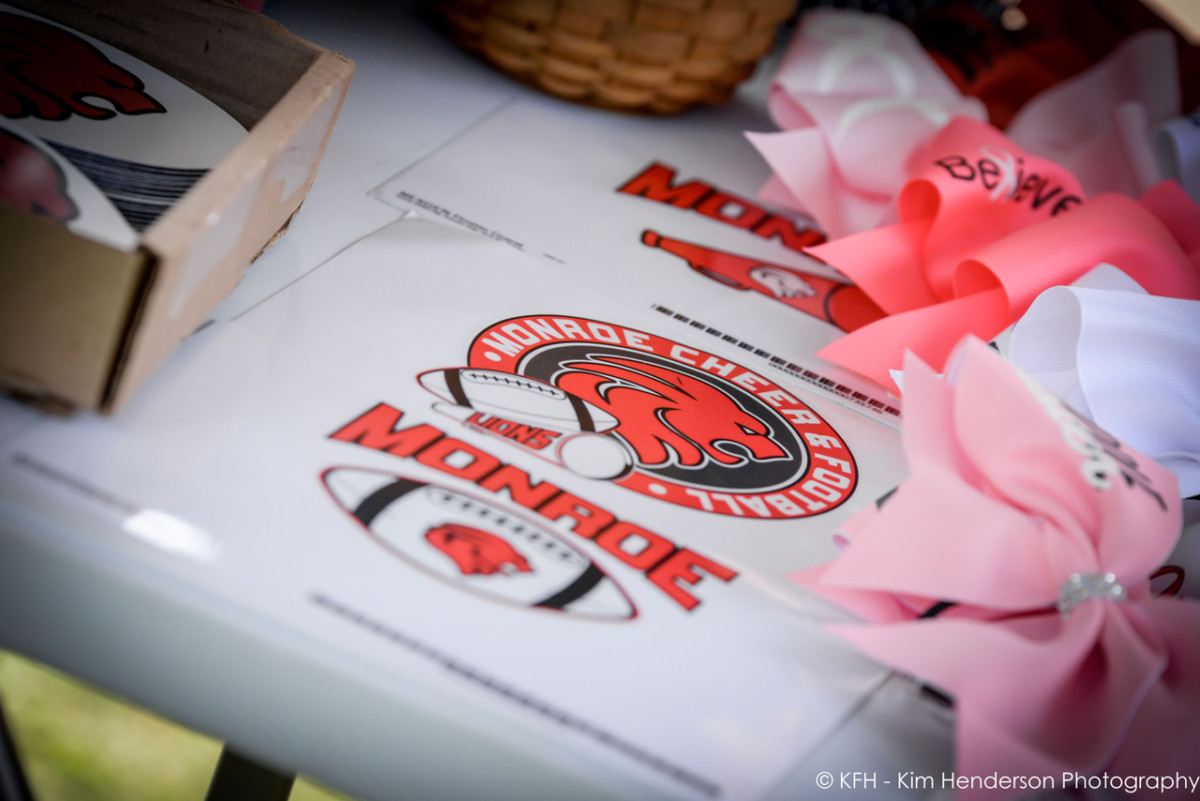