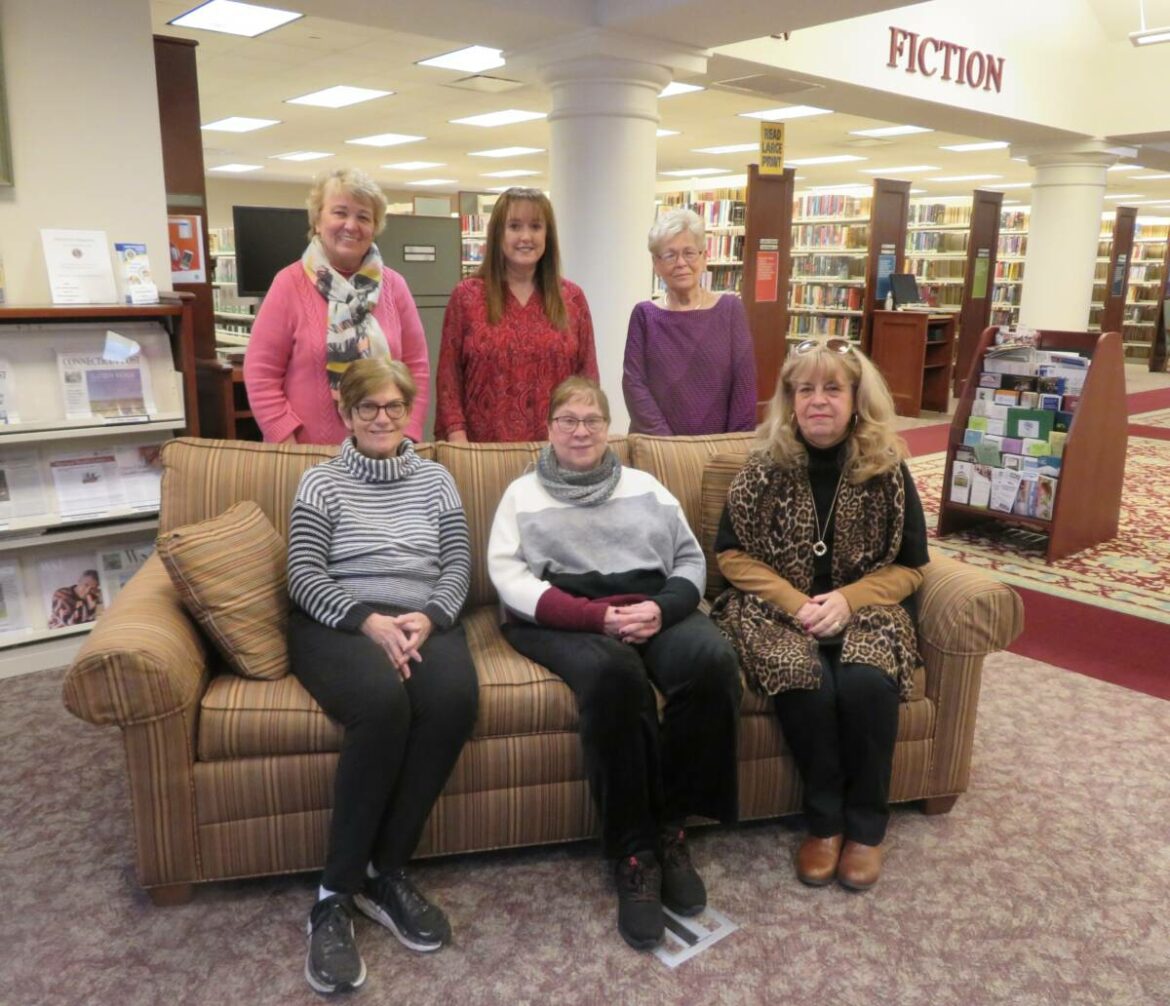 Members of the newly appointed Library Board of Trustees include, front row from left, Chairperson Veronica Condon, Vice Chair Patricia Shea and Deborah Lupo; and back row from left, Patrice Green, Elaine Miller and Susan Koneff. Missing from the photo is Susan Lewis.

“We’re fortunate to have a beautiful library and for the services we bring to the public,” said Patricia Shea, the board’s vice chair. “And the trust allows us the funding to make an impact by doing the extras the town budget doesn’t provide for.”

Among the things the trust has funded over the years is five mobile wifi hot spots that library patrons can checkout for two weeks at a time, according to Cignoli.

Though the Library Board of Trustees can make recommendations on how to spend the annual allocation, Shea said approval is needed from trustees, Bob Burnaska and John Chiota, as well as First Selectman Ken Kellogg.

“We’re looking into an educational play table in the Children’s Library with educational games, reading skills, math skills and social awareness events,” Deborah Lupo, a board member, said of how to use the trust next.

Members of the Library Board of Trustees are appointed by the first selectman and approved for six-year-terms by the Town Council. The new board includes: Chairperson Veronica Condon, Vice Chair Patricia Shea, Susan Koneff, Elaine Miller, Susan Lewis, Patrice Green and Deborah Lupo.

All members are retired teachers with the exception of Miller, whose professional background is as a pharmacist. Though she has experience as a former tutor.

The women held a meeting in the library with Cignoli on Thursday afternoon.

“I think we’re all providing a valuable service to the community by being on the Library Board,” Shea said. “Libraries are happy places for people.”

Koneff said her mother took her to the library twice a week while growing up, and Miller recalls bringing her five children to the library over the years.

While discussing ways to improve library services, Koneff said she would like to see extended Sunday hours. That is something that would have to be included in the town operating budget.

Shea said she always hopes town leaders use the library themselves, so they can understand what it needs at budget time.

Koneff said the library is more than books. “It’s more of a community center if used properly,” she said.

The library’s collection includes movies and a “library of things” with items to be checked out of the library, such as cake pans, knitting needles and puzzles.

“Prior to COVID, Patrice and I went to an art class, which was free and fun,” Condon said of the many programs.

“We work closely with Friends of the Library,” she said. “They are a volunteer group. Its book sale finances children’s programs, museum passes and an exercise class,” she added, sharing just a few examples.

Lupo said Friends of Edith Wheeler Memorial Library also sells books and materials out of its room year round. Donations of used books in good condition sell for one-to-two dollars each.

The Monroe Lions Club recently made a $93,000 donation to the Friends for a makerspace and a self-serve coffee area with comfortable seating.

The makerspace, which patrons can use with an appointment, includes 3D printers, a Cricut machine, an embroidery machine and a Glowforge machine that can convert VHS tapes to DVD.

Koneff, who is also a member of Friends, said the nonprofit is currently helping to bring back the library’s concert series.