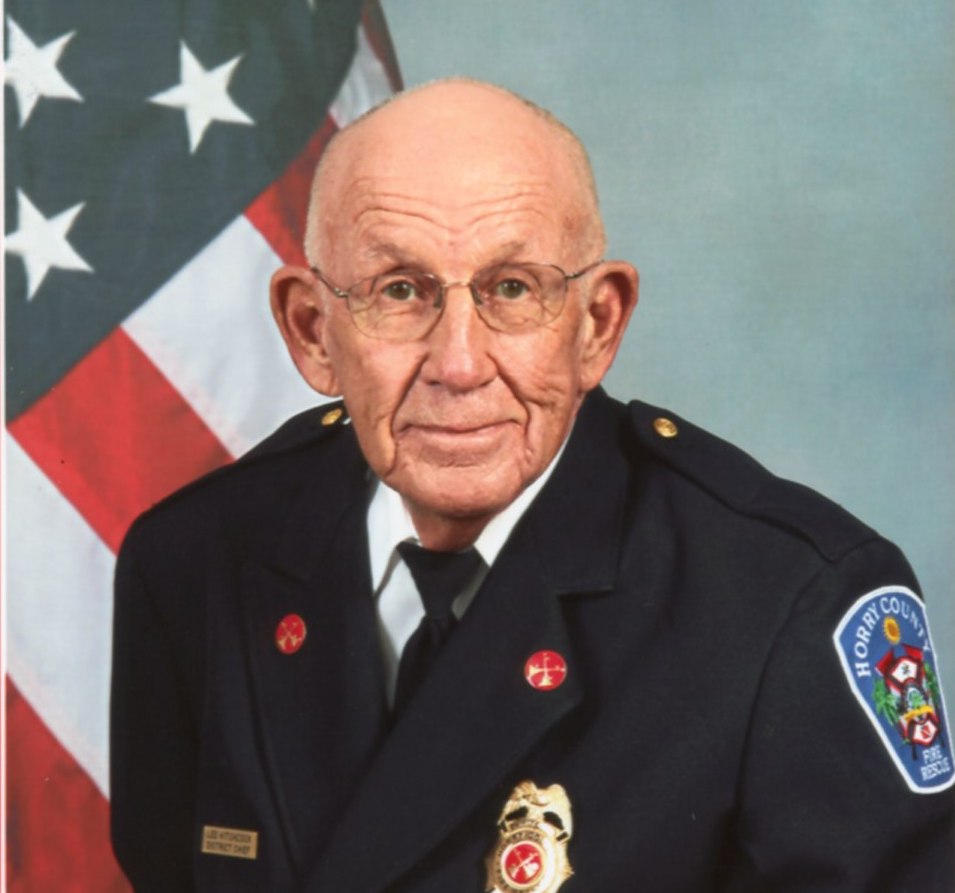 Lee Douglas Hitchcock, age 89, beloved husband of Gail R. Hitchcock, of Myrtle Beach, SC, died peacefully surrounded by his family on Monday, August 9, 2021. Hitchcock was born in Middletown on November 9, 1931 and grew up in Cromwell, where he attended local schools. He went on to attend the University of Vermont, graduating with his bachelor’s degree in 1956.

He was a devoted member of fire service, having served since 1958. He was a past member of the Canton, Monroe and Stepney volunteer fire departments, as well as district chief of Station 7 of the Horry County Fire Department in Myrtle Beach, SC.

He held several positions on the executive boards for the Fairfield County Emergency Plan and the Stepney Volunteer Fire Department. Hitchcock also served as fire marshal in Monroe, both as a deputy and full time marshal from 1970 until he moved to Myrtle Beach in 1990.

Friends and family attended a wake on Saturday, Aug. 14, at the Spear-Miller Funeral Home, 39 South Benson Road, Fairfield. Services in Myrtle Beach, S.C. will be announced at a later date. In lieu of flowers, please consider a donation to your local Shriners Hospital for Children or to the Trinity United Methodist Church Music Fund, 706 14th Ave S, North Myrtle Beach, SC 29582.

For information or to sign an online register, visit www.SpearMillerFuneralHome.com.

One thought on “Lee Hitchcock, a former Monroe fire marshal, was a devoted member of fire service”