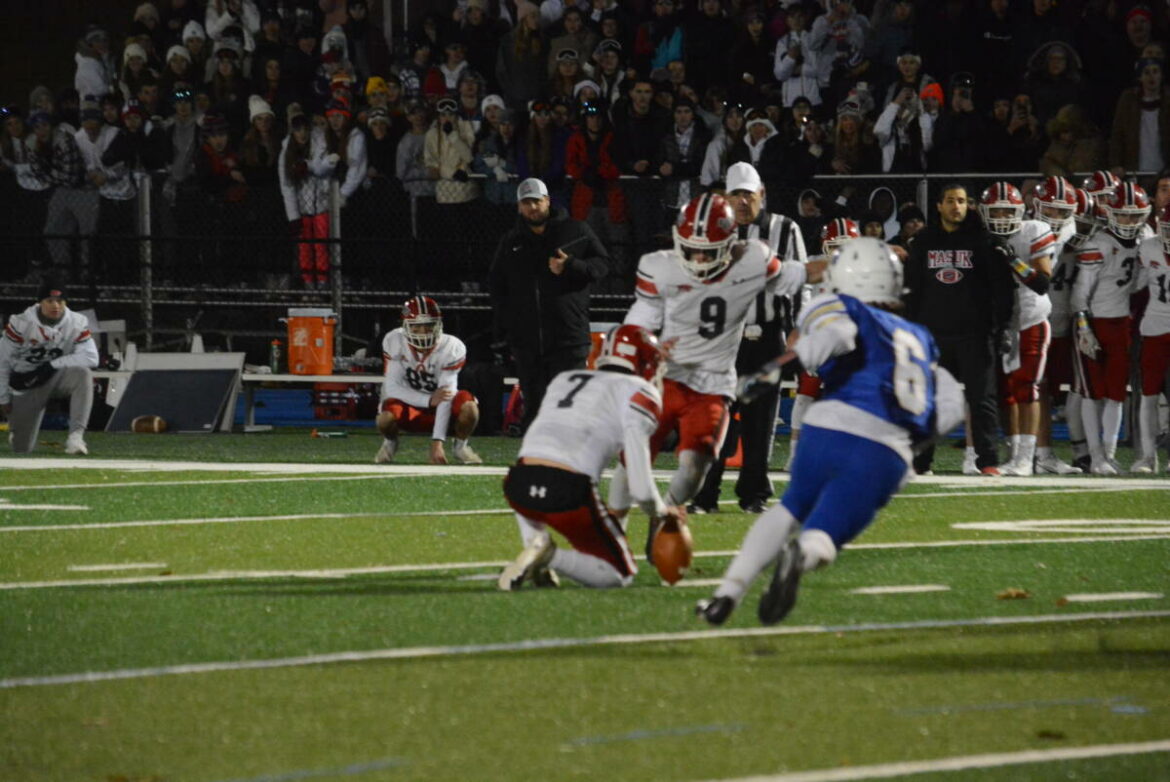 NEWTOWN, CT — Masuk High’s football team survived a pair of drives inside its own 40 yard line in the final four minutes and capitalized on turnovers to come away with a dramatic 24-21 road victory on Thanksgiving Eve. 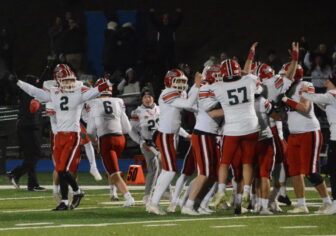 Masuk celebrates its go ahead field goal against Newtown.

Newtown, battling for a Class LL spot, and Masuk had a lot on the line. The Panthers improved to 8-2 and moved up to seventh in the Class L rankings heading into Turkey Day action. Newtown fell to 6-4 and will miss the Class LL playoffs.

Epifano also kicked a late field goal in a dramatic comeback win over Joel Barlow this fall, and said he doesn’t feel pressure in these situations. 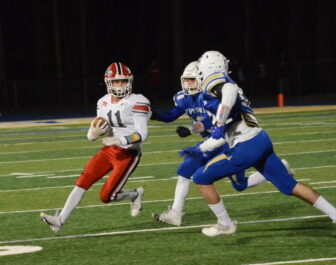 The game-winning kick was set up by Jake Dellapiano’s interception at the Masuk 39 yard line with only 37 seconds to play in the game. 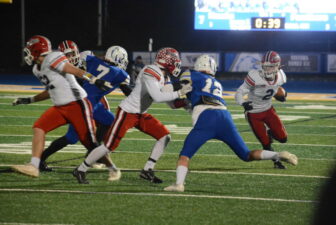 The Panthers’ Ryan Saccu runs behind blockers against Newtown Wednesday.

Masuk jumped out to an early lead less than two minutes in. Saccu scored on a two yard run and the Panthers held the lead until a late first-quarter Newtown TD tied things.

The Nighthawks took a 14-7 lead just 15 seconds before halftime and held that lead into the third quarter.

Masuk’s Ryan Saccu intercepted a pass on the first play of the third, but the Hawks’ defense forced a punt.

The Panther defense also forced a punt, but Newtown quickly got the ball back on an Eric Gray interception at the Masuk 35. Masuk forced a turnover on downs and tied the score with just 50 seconds left in the third quarter.

Quarterback Dylan Jackson threw to Justin Briganti for a 19 yard scoring play moments after the same tandem connected to move the chains and set up the tying score. 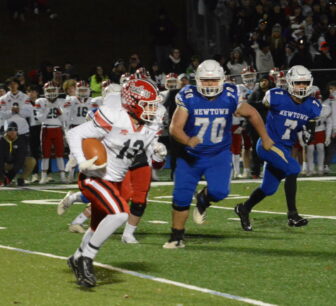 A 61 yard run by Nick Saccu, all the way to the two yard line, set up his own score on a two-yard keeper. The Panthers alternated Jackson and Nick Saccu at the quarterback position all night long.

“It feels great. It’s great for the kids,” Masuk Coach Steve Christy said of the win. “It’s not about me, it’s about Masuk nation right now.”

Michael Epifano nails a 30-yard field goal in the final seconds for the win pic.twitter.com/m9EGoFsf2h