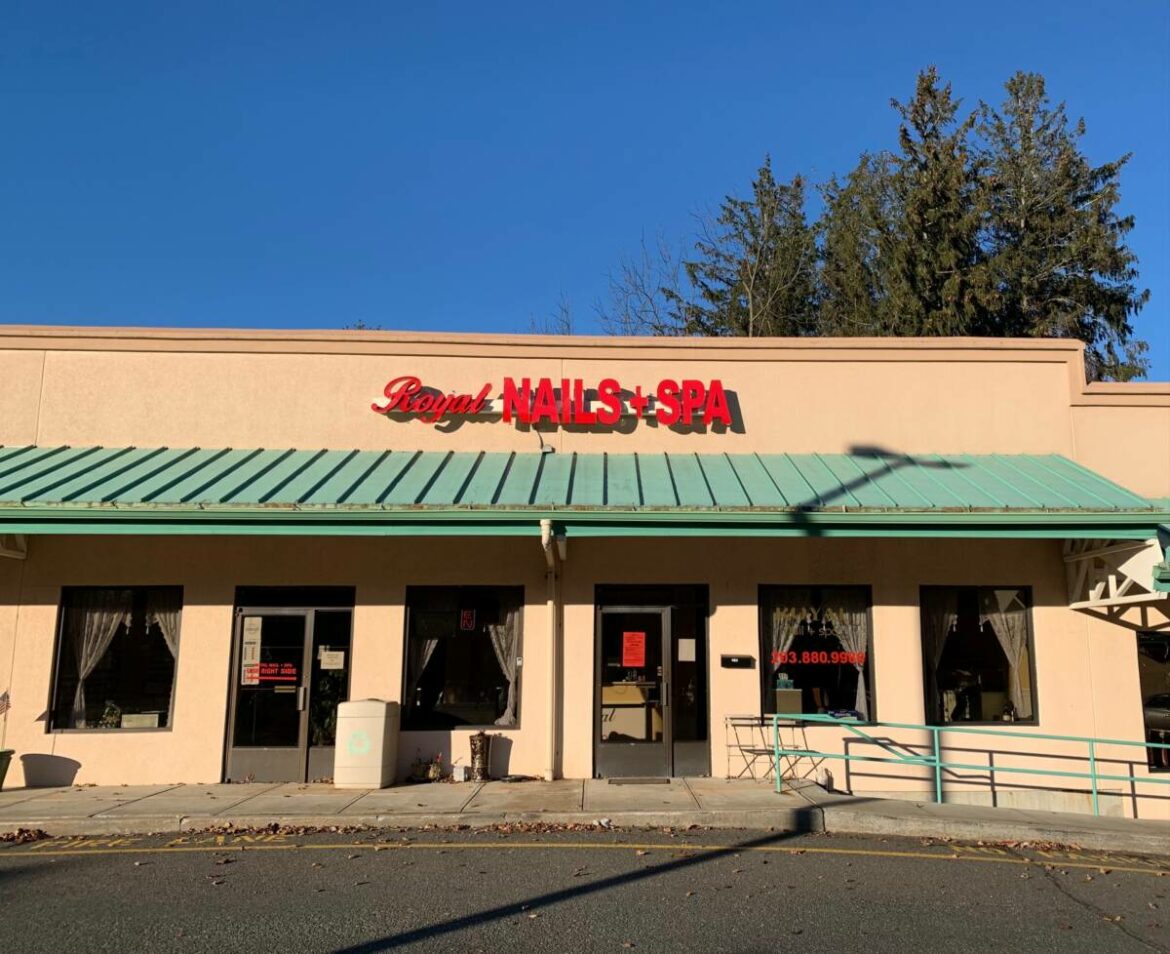 A red stop-work order is taped onto the front entrance to Royal Nails & Spa at the darkened storefront at 380 Monroe Turnpike. It is one of seven town nail salons cited by the Connecticut Department of Labor.

MONROE, CT — Seven nail salons along Monroe Turnpike and Main Street were slapped with stop-work orders, issued by the Connecticut Department of Labor, and temporarily closed down for alleged violations Thursday.

Police assisted a wage enforcement officer as she did inspections and issued the orders. Chief John Salvatore said his officers accompanied the state officer to ensure public safety.

“I can’t say with certainty that all shops that were cited by the Department of Labor for violations were exploiting their workers, but there is enough evidence that most were,” Salvatore said Friday. “I do know we’re not the only town,” he added of the State enforcement.

“The fact that the employees are not properly recorded in the State and not adequately compensated is human exploitation,” Salvatore said.

Juliet Manalan, a spokeswoman for the Department of Labor, issued a statement to The Sun on Friday evening:

The Connecticut Department of Labor Wage and Workplace Standards Division protects about 1.6 million workers in Connecticut by enforcing workplace laws including fair wage and employment standards. Upon receiving a complaint, investigators begin an inquiry, may audit employment and other records, and may issue Stop Work Orders to protect workers from labor violations.

At the request of the Monroe Police Department, CTDOL began investigating seven town businesses yesterday and issued stop work orders on all of them. The investigations are ongoing. Companies found to have violated labor laws are subject to both criminal and civil fines and/or penalties.

Nail salons that were temporarily closed include: 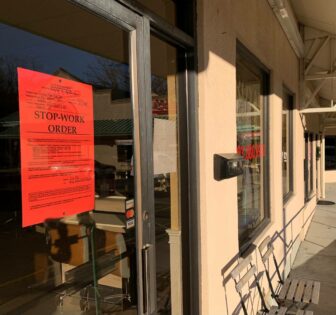 A red stop-work order is taped onto the front entrance for Royal Nails & Spa at the darkened storefront at 380 Monroe Turnpike.

The stop-work orders were issued by the Department of Labor’s Wage & Workplace Standards Division.

On Friday afternoon, the lights were off inside Royal Nails & Spa on Monroe Turnpike and a red notice was on the locked front door. It was the stop-work order.

Boxes were checked for the alleged violations and the notice was signed by the wage enforcement agent at the bottom.

According to the order, Royal Nails allegedly misrepresented employees as independent contractors, while “materially understating or concealing payroll.”