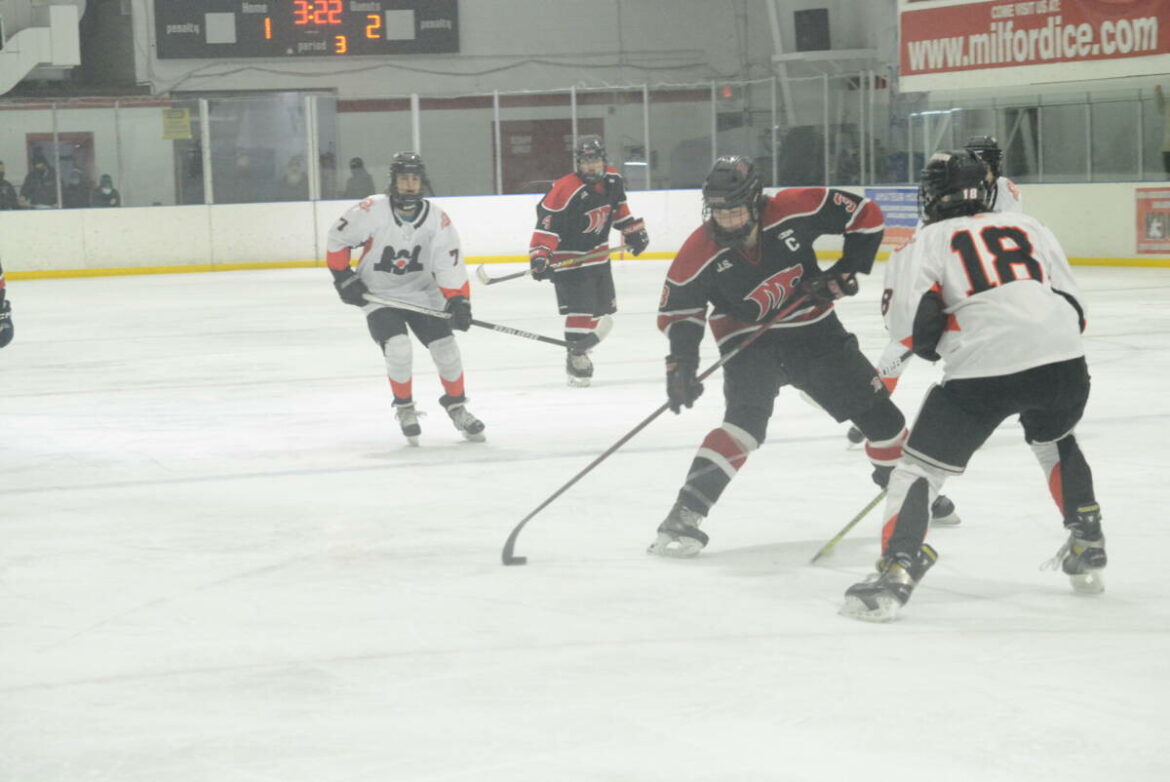 Drew Scalia makes a move in the offensive zone during game action last season. Scalia and the Panthers won their season opener.

SHELTON, CT — Kyle Suftin scored three goals to lead the Masuk boys hockey team to a 5-1 win over the Shepaug co-op squad at the Rinks at Shelton Wednesday night.

Drew Scalia and Colin Deering each had a goal, and Christian Labella notched two assists.

The Panthers visit the Milford co-op at Milford Ice Pavilion this Saturday at 8 p.m.