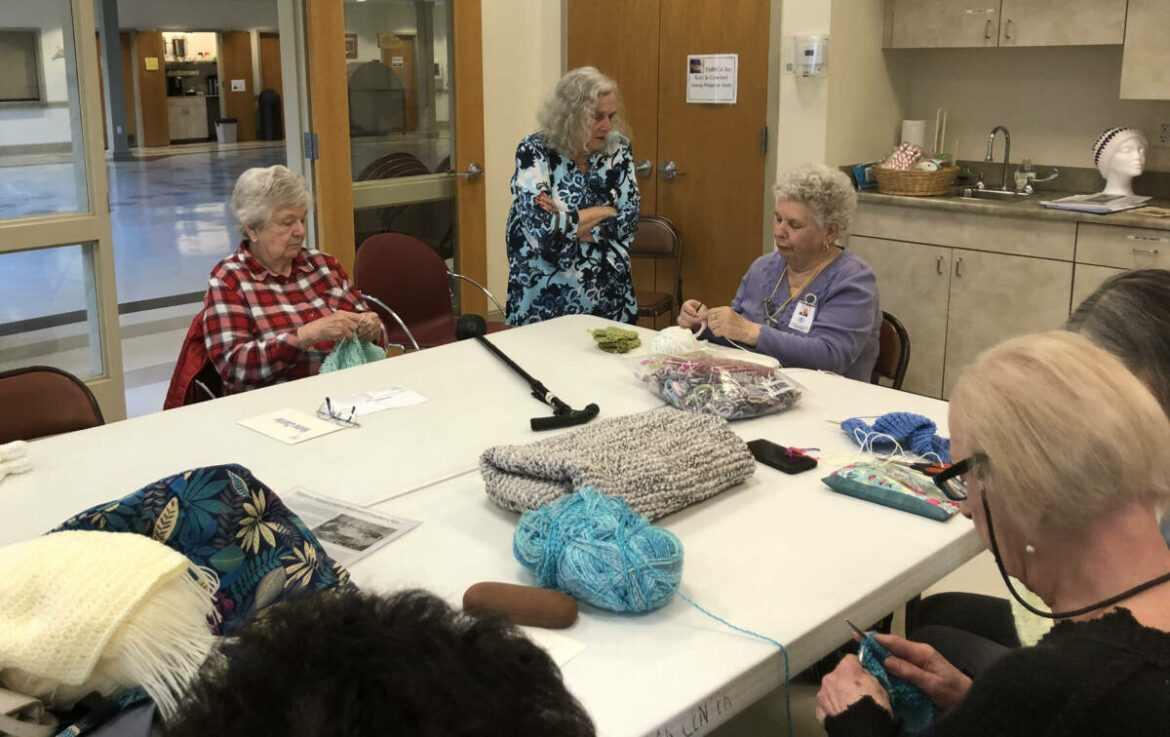 The women of the Monroe Senior Center Knit and Crochet Club meet every Friday.

MONROE, CT — If you stop by the Monroe Senior Center on a Friday morning you will see an enthusiastic group of volunteers happily and busily knitting and crocheting, talking, laughing, and having a good time while creating a variety of hats, scarves, fingerless gloves, lapghans, baby booties and “bookworm” bookmarks.

The Monroe Senior Center Knit and Crochet Club has been in existence for 37 years. It began in 1985 before the center was built, meeting in a small room at Masuk High School. Martha Fedak has been with the group the longest, having participated for 27 years.

The group consists of 15 women whose purpose is to knit and crochet items to donate to those in need. They make hats and lapghans (lap afghans) which they donate to St. Vincent’s Center for Cancer Care and The Smilow Cancer Hospital at Yale New Haven Health. Patients use the hats and afghans for warmth after receiving chemotherapy treatments. 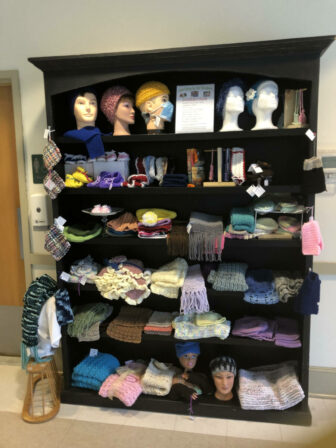 This shelf at the Monroe Senior Center is filled with knitted hats, scarves and other clothing made by its patrons.

More recently, in conjunction with the Monroe Women’s Club’s annual hat and coat drive, they donated hats and scarves to The Missionaries of Charity in Bridgeport. A worldwide order founded by Mother Theresa, the mission gave the clothing to families in need in Bridgeport.

To raise funds for their supplies the group sells items they have made, such as baby booties, “bookworm” bookmarks, scarves, fingerless gloves and hats. They recently had a request for potholders, which one member is making with an old-fashioned loom.

While they sell items within their group and the senior center, in the past the crochet club participated in a craft fair at the East End Yacht Club in Bridgeport, which its members hope to do again, and they would like to participate in the Monroe Farmers’ Market Hometown Table.

“We have fun here. We are our best customers,” said Laverne Dillon, a longtime member of the group who both knits and crochets.

Helma Chartier, chairperson of the Monroe Commission on Aging, has been with the group for six months. A knitter, she said she enjoys the group because, “we share patterns.” 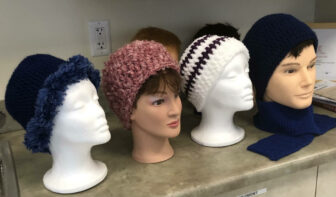 Ricci’s Salon of Newtown donated mannequin heads for the Monroe Senior Center Knit and Crochet Club to work with.

Sharon Lockshier, another newcomer, said she thought it would be nice to use mannequin heads to display the knitted and crocheted hats. She approached Ricci’s Salon in Newtown and asked if they had any heads to donate.

When she returned to the senior center with six mannequin heads, she said that’s when the fun began. “One of the heads ended up in the refrigerator,” said Lockshier.

“They have always been a great group — a bunch of fun uplifting women,” said Kim Cassia, the town’s director of Community and Social Services, who also serves as director of the Monroe Senior Center.

Cassia said their dedication was evident when the group was allowed back in the senior center during the pandemic and the members sat six feet apart, donning masks, diligently knitting, and crocheting their beautiful creations.

Those interested in learning to knit and crochet are welcome to come to the Monroe Senior Center every Tuesday at 10 a.m.