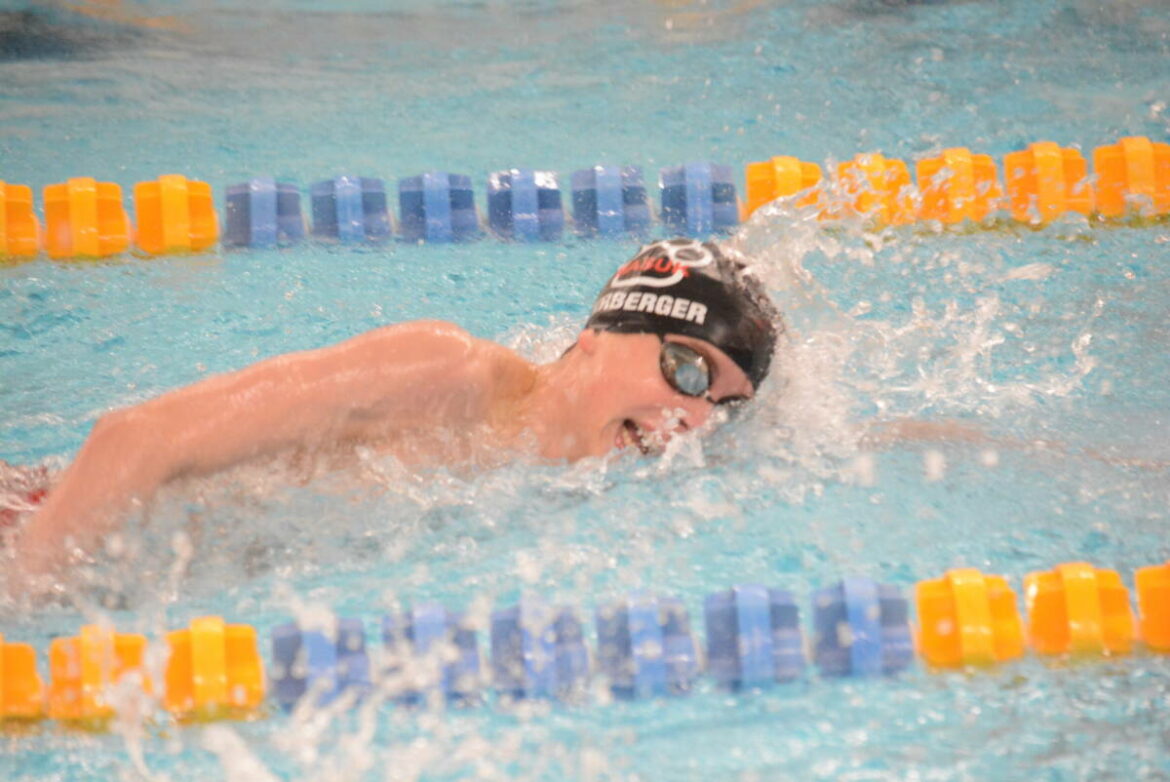 Brendan Kirberger competes for Masuk in a meet against Newtown earlier this season.

The meet featured top swimmers from schools each of the four class sizes. 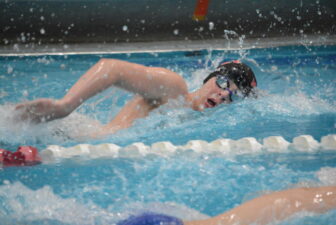 Kenny Clark swims in the 200 freestyle for Masuk earlier in the season.