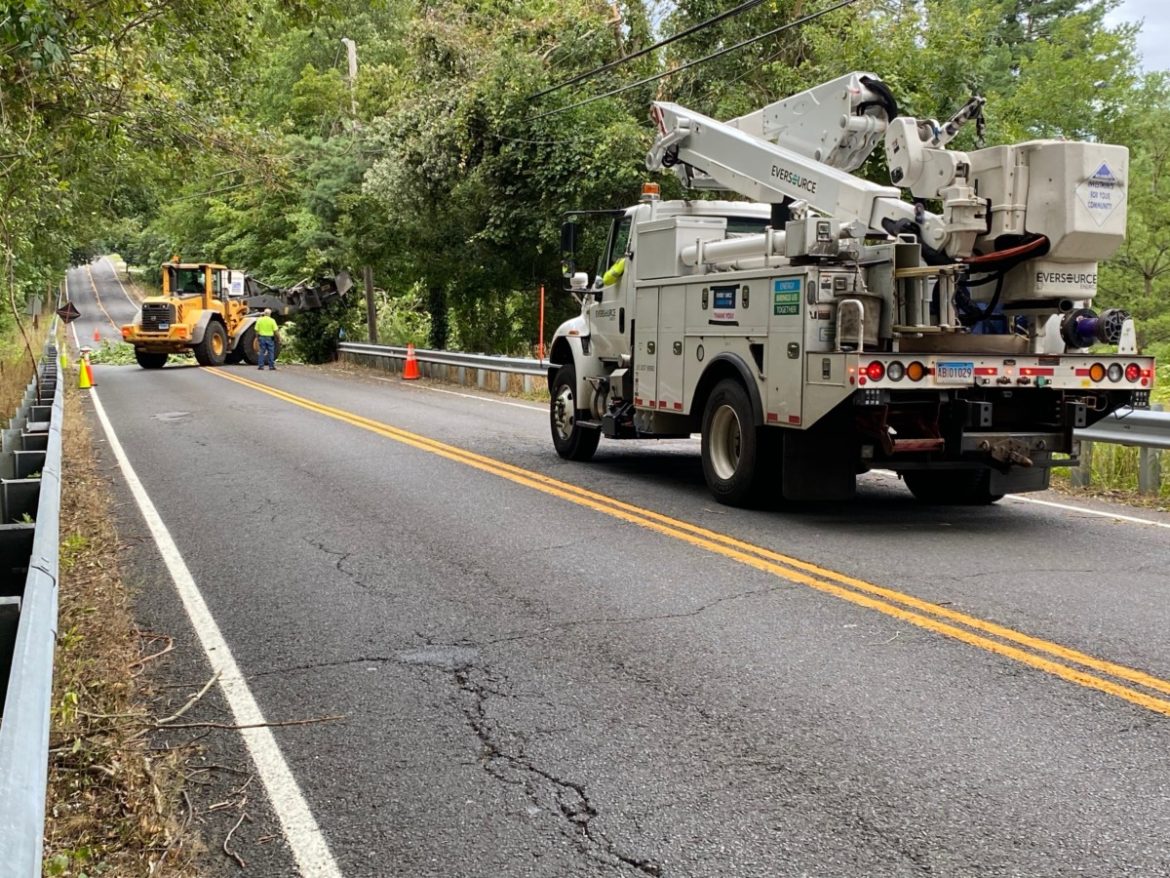 MONROE, CT — Headway in the storm recovery was made on Sunday when nearly 2,000 of Eversource’s Monroe customers got their power back, but the momentum slowed on Monday when First Selectman Ken Kellogg says electricity was restored to only about 300 more.

On Monday, Kellogg expressed frustration over what he said was a day of little progress and a complete lack of communication from Eversource.

“I’m outraged,” he said. “I’m upset. I’m fighting for our residents. We’re on the phone all the time. We’re making a case for our residents. State Rep. J.P. Sredzinski is very involved, as are senators Kevin Kelly and Marilyn Moore.”

Kellogg said he has also been in regular contact with federal legislators, the state’s Division of Emergency Management and Homeland Security, and senior Eversource officials to escalate the town’s concerns and convey residents’ anger. “We will continue to fight for our town until power is fully restored,” he wrote in an storm update Monday evening.

In a midday update on Facebook Monday, the first selectman recalled being on a statewide call with Gov. Ned Lamont, during which leaders from many other communities shared similar experiences and frustration with Eversource.

Nearly a week after Tropical Storm Isaias hit the region, 25 percent of Monroe is still without power.

Eversource has estimated Monroe will have “substantial” restoration, at least 99 percent, by 6 p.m. this Tuesday. Normally at this stage of a storm recovery, Kellogg said town officials are provided specific information on crews that are working in town, the general area of streets impacted, a “general sense of the batting order,” and how many crews are assigned.

He said Monroe’s Eversource representative is nice and professional, but that the company is not giving her the type of information a liaison should be given.

“I sent people out today to look for crews,” Kellogg said. “We did find some, but not a lot. When we bring that up, they still say, ‘we’re working on the backbone, the large transition lines,’ and I say, ‘what am I going to tell my residents?’ It’s totally different than any other power outage recovery I have experienced.”

The first selectman also said visitors to the outage map on Eversource’s website can no longer zoom in for more information.

To Kellogg, the 99 percent goal by Tuesday evening means all but 80 or less of Eversource’s Monroe customers may still be out.

“Unless an army is descending upon this town in the next 24 hours, I don’t see how they’re going to accomplish that,” he said.

Many residents have been expressing their anger at Eversource and the first selectman on social media.

“They’re angry. I get it. I’m angry too,” Kellogg said. “I’ve been conveying that anger to Eversource. We’re handcuffed by Eversource, so we cannot provide the level of information that our residents deserve.”

In an update on the storm recovery, Kellogg said an emergency cooling center will open Tuesday from 10 a.m. to 7 p.m. in the Masuk High School cafeteria. COVID-19 rules regarding masks and social distancing must be followed.