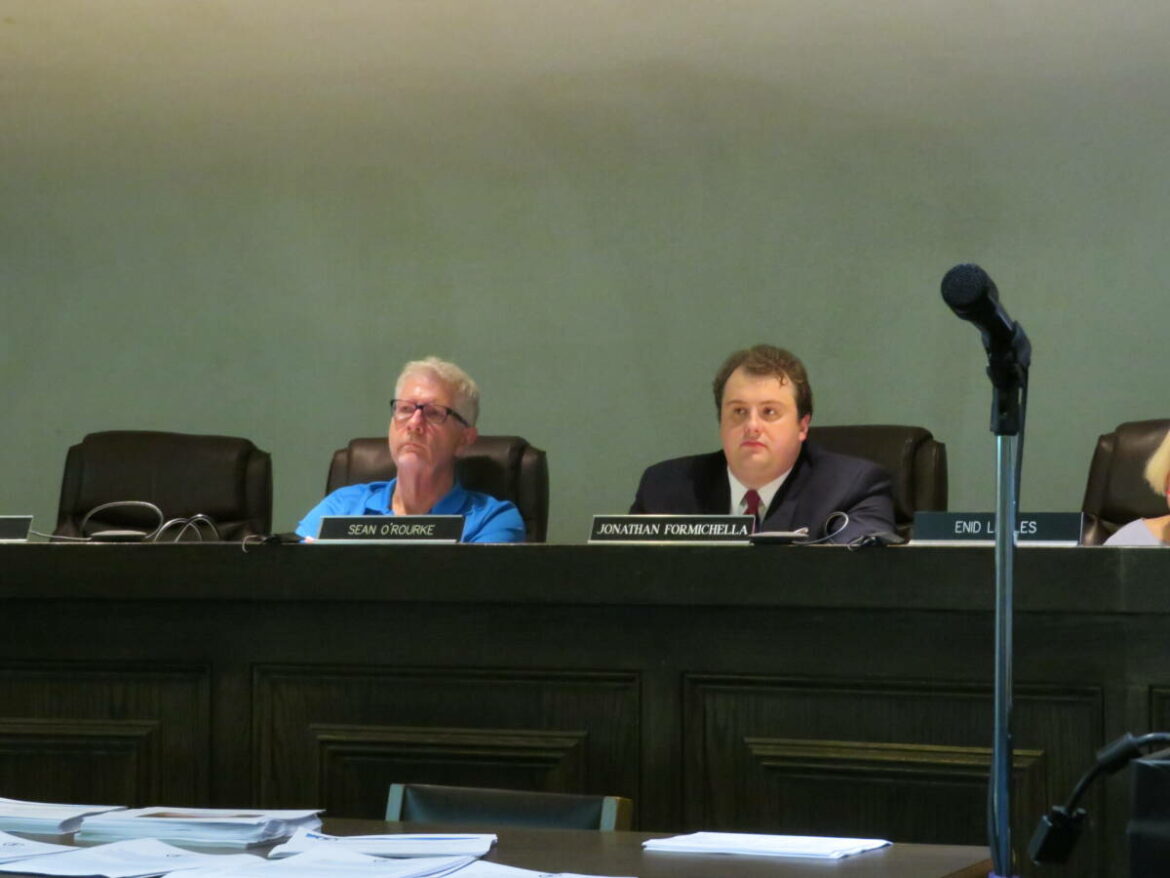 Jonathan Formichella, right, presides over his first meeting as chairman of the Monroe Town Council on Monday. To the left, is Councilman Sean O'Rourke.

MONROE, CT — Jonathan Formichella was chosen as the new chairman of the Monroe Town Council at a meeting Monday night. He will fill the shoes of longtime chair, Enid Lipeles, who will continue to serve as vice chair. 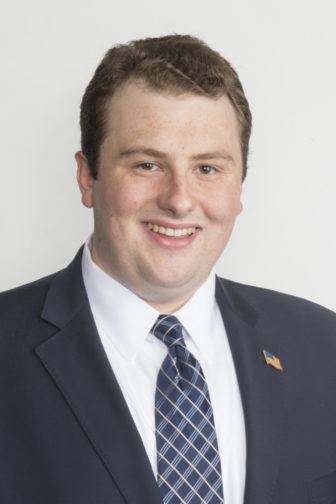 Formichella, 28, is an attorney who has lived in town for nine years. The Republican was appointed to fill a vacancy on the Town Council in January of 2019, then ran and won a two-year-term that election year.

“I’m very happy my colleagues put their faith in me in selecting me as chairman of the Town Council,” Formichella said after the meeting. “I look forward to working with colleagues on both sides of the aisle to best serve the people of Monroe.”

Councilman Jason Maur, a Democrat, had made a motion to nominate Martin for chair.

“We felt it was important to put up a member of the Democratic Party, so that 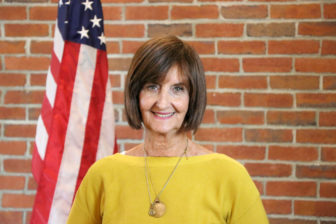 one of the two leadership roles was represented by each Party in a showing of bipartisanship,” Maur said. “It is important to represent the full range of voices we have on Council as we were all elected by the Monroe Community. Dee Dee is an experienced Town Council Member who has represented this community for many terms and would have made a great Chair or Vice-Chair.”

Lipeles, a Republican, was elected vice chair 5-3, in a vote along party lines, but not before Maur had nominated Martin for the position.

Lipeles said the role of chair is a demanding position, so at this time in her life she decided step down as leader of the Town Council. In fact, it was Lipeles nominated Formichella for chairman. 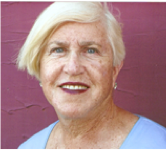 Formichella called Lipeles an “incredible mentor” who had a positive influence on him.

Lipeles, a retired chemistry teacher who taught at Masuk High School for 42 years, was named Monroe’s Outstanding Citizen in 2013 for her many contributions to the town.