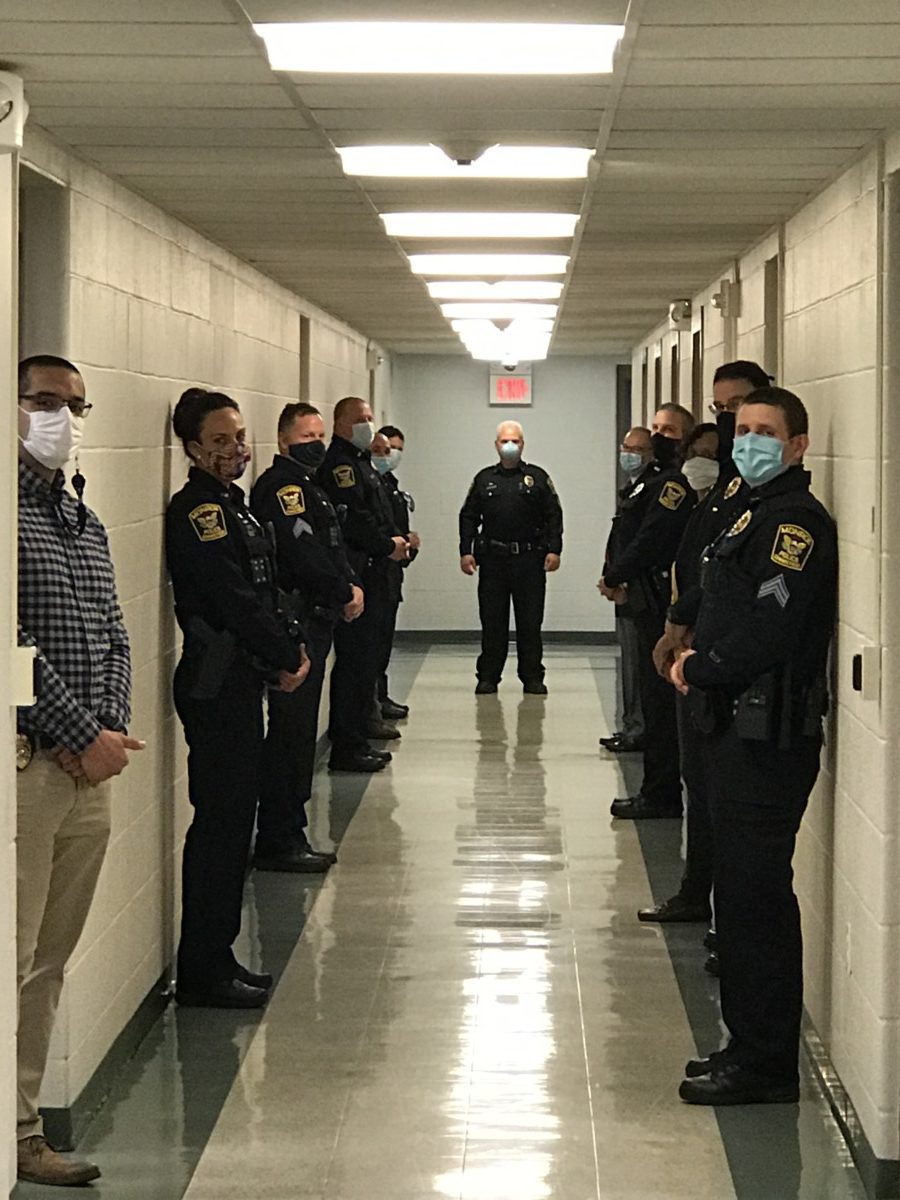 MONROE — Jay Torreso never aspired to land a corporate job, where he could be confined to a cubicle. Four years after graduating from Masuk High School in 1983, he embarked on a 32-year-career as a Monroe police officer, patrolling town roads and the waters of Lake Zoar.

Torreso, 55, who became the youngest officer to be promoted to sergeant in town history in 1997, earning the highest test score at the time, will retire after putting in his last shift Saturday. But even then, he won’t sit still.

“I’m going to be a special,” he said of working as a special duty officer part-time. “Then I’ll put one of my Harleys on the back of an RV and we’re going to see all of the states. Then I’ll go everywhere internationally. Once I’m done with that, I’ll buy a lake house in Tennessee. I finally get to travel. I got that wanderlust. It should be great to see new places and things. That’s what life’s about.”

In addition to Marine Patrol, Torreso was a longtime member of the Southwest Regional Emergency Response Team, according to Capt. Keith White.

“Over the years he’d gotten numerous commendations, letters of appreciation from people he served and, oftentimes, brief notes of thanks from people,” Chief John Salvatore said of Torreso.

In addition to Torreso’s numerous awards of valor and meritorious service, Salvatore said his involvement in events like the Torch Run and Tip-a-Cop fundraiser for the Connecticut Special Olympics stood out.

“Jay was almost always available to participate in any of the Connecticut Special Olympics fundraisers we did, especially the Tip-a-Cop night,” Salvatore said. “He was one of the waiters. He almost always participated when he wasn’t on duty. For the amount of years he had on the department, for his seniority, he would always be there and outshine the other officers. I think that’s an illustration of his commitment to public service.”

In retirement, Salvatore said Torreso will continue to be a valued member of the organization as a special duty officer. 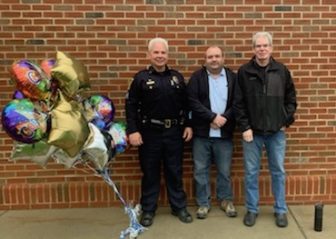 In the age of Covid-19, the Monroe Police Department held a social distancing retirement party for Torreso on Friday, driving by his house with lights and sirens in the morning and having a get-together, while wearing masks, at police headquarters.

Torreso, who grew up in Monroe since the third grade, is close to his three brothers Brian Torreso, Scott Delaney and Mike Delaney. Scott and Brian were able to attend the party.

Brian is in sales, Mike is a fireman in Norwalk and Scott is a federal agent in New York City.

Torreso and Tricia, his wife of 11 years, have four nieces and one nephew. Tricia is a nurse tech at St. Vincent’s Medical Center.

“She’s been working with Covid patients every day,” Torreso said. “Unfortunately, she’s held the hand of quite a few people who passed, because they are isolated and can’t have family members by their side.”

Through the Comprehensive Employment Training Act program for disadvantaged youth, Torreso landed a job as a janitor at Monroe Town Hall at age 14. There he got to know police officers and decided to become a dispatcher after high school.

While dispatching, Torreso soon became a special duty police officer. While riding with Officer Harry Elam one day, Torreso remembers turning to the veteran police officer and saying, “this is better than an ordinary 9 to 5 job when you’re stuck inside.” “Now you got it kid,” Elam replied.

Torreso applied to become a police officer, while dispatching and going to college full-time, and he continued his schooling after being hired as a patrolman in August of 1987.

He earned an associates degree in general studies from Housatonic Community College and a Bachelor of Science in justice and law administration from Western Connecticut State University.

In 2013, Torreso and Officer Amanda Losh responded to a house fire and went inside, where they found a man, who was disoriented from the smoke. Using a fire extinguisher to keep the flames around them down, the officers managed to get him out safely.

Torreso sustained slight burns during the response, for which he and Losh earned recognition for valor from the Monroe Volunteer Fire Department.

Salvatore recalled two other memorable cases Torreso was involved in in 2007.

In one, a burglary call turned out to be an incident in the kitchen of home, where an emotionally disturbed man with a knife used a small child as a shield.

Salvatore said Torreso and another officer managed to disarm the man and restrain him without harm to the child. The man was taken to a psychiatric hospital for treatment.

During other mental health calls, including one in which a man suffering from PTSD held a gun to his head, Salvatore said Torreso has successfully talked people out of harming themselves.

The other 2007 case was the robbery of People’s United Bank on Monroe Turnpike. Two robbers crashed the get-away car and fled on foot. Both men were caught. Torreso helped to arrested one of the suspects, who had tried to hide at Walgreen’s pharmacy, according to Salvatore.

Torreso recalled a car crash he responded to a long time ago, when a grandmother looked back at the baby in the child safety seat, before veering right, heading down an embankment off Doc Silverstone Drive.

“Three tires were down the embankment and one rear tire was hung up on the guard wire,” he said. “We had the towing crew make sure the car couldn’t go down any further, and got the baby out.”

Torreso received an award from the American Red Cross for his role in the response.

While city departments have more specialized officers, Torreso said working as a town officer provides the opportunity to be involved in a case from the complaint to the courts.

Torreso said he never wanted to a higher ranking than sergeant, so he could continue to be out in the field and see people around town.

“Through law enforcement you see people are basically good,” he said. “There’s a lot of bad in the world, but there’s good people. You see the town come together as a community in times of crisis. Everyone works together.”

One of those times was when the town allowed Sandy Hook Elementary School to use the Chalk Hill building after the horrific shooting in 2012. Monroe police officers provided security to make the families feel safe.

“We helped underprivileged kids from all over,” he said of one event. “We took them bowling at Milford Lanes for a while and they got to play in the arcade for an hour or two. Then we took them Christmas shopping with gift certificates at Target. That was fun.”

Torreso has relished the versatility of being a police officer, where anything can happen on any given day. He said, “if you like what you do, you never have to work a day in your life.”

4 thoughts on “Is the world ready for Jay Torreso? Retiring police sergeant is free to roam”