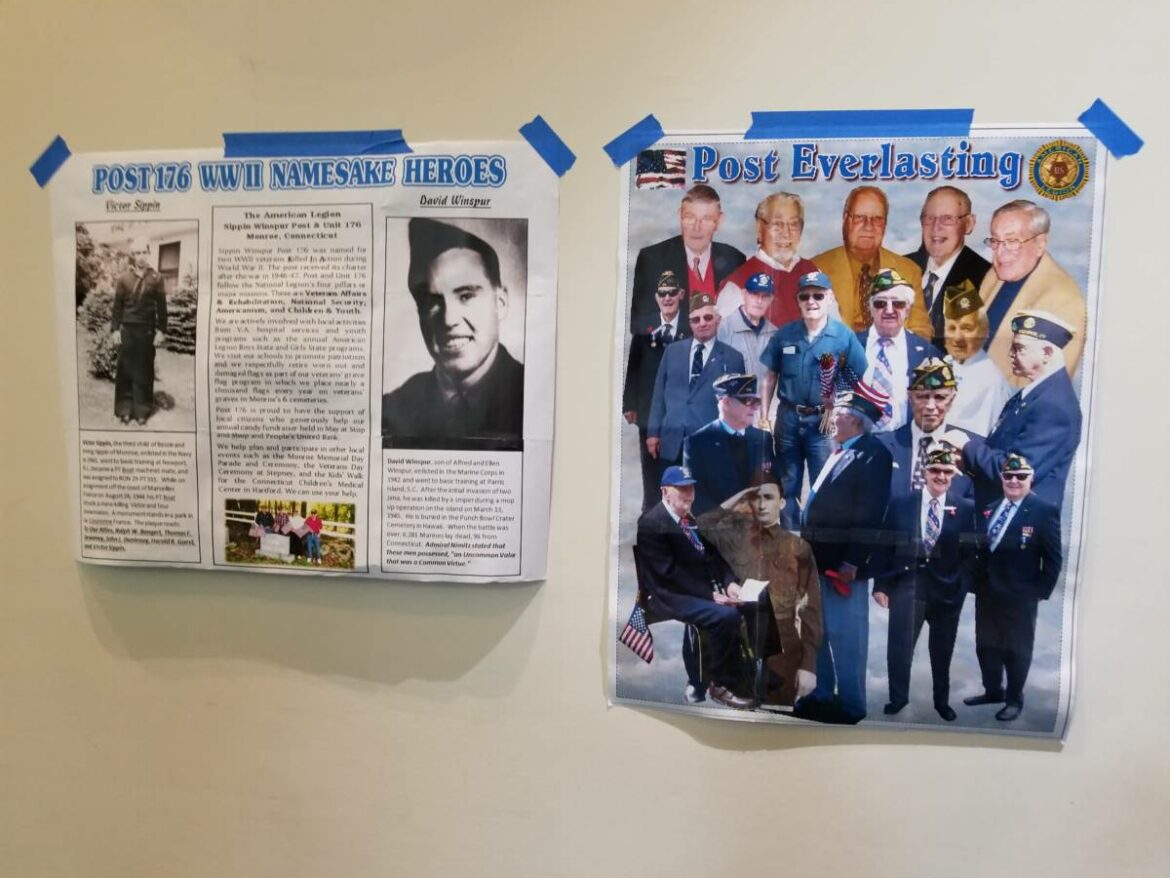 Jan Larsen, senior vice commander of American Legion Sippin-Winspur Post 176, created a poster using photos of Monroe's veterans who died over the past few years. It was on display during Sunday's Memorial Day ceremony at Monroe Town Hall.

MONROE, CT — Jan Larsen, senior vice commander for the American Legion’s Sippin-Winspur Post 176, made a poster out of photos of Monroe’s veterans who died in recent years. It was on display during the Memorial Day Ceremony inside the Council Chambers of Town Hall Sunday. 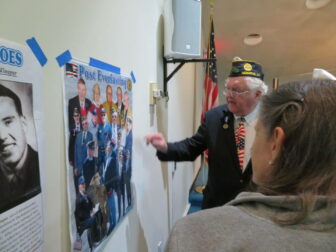 Another local veteran, Richard Michel, who served during the Vietnam era and died last year, was honored Sunday. A photo of Michel graced the cover of the program for the ceremony.

The following is a listing of Monroe residents and veterans, who died since 2008. It was compiled by the American Legion. Each entry has their name, branch of service, conflict they served in, and the year they died. Some entries are incomplete: