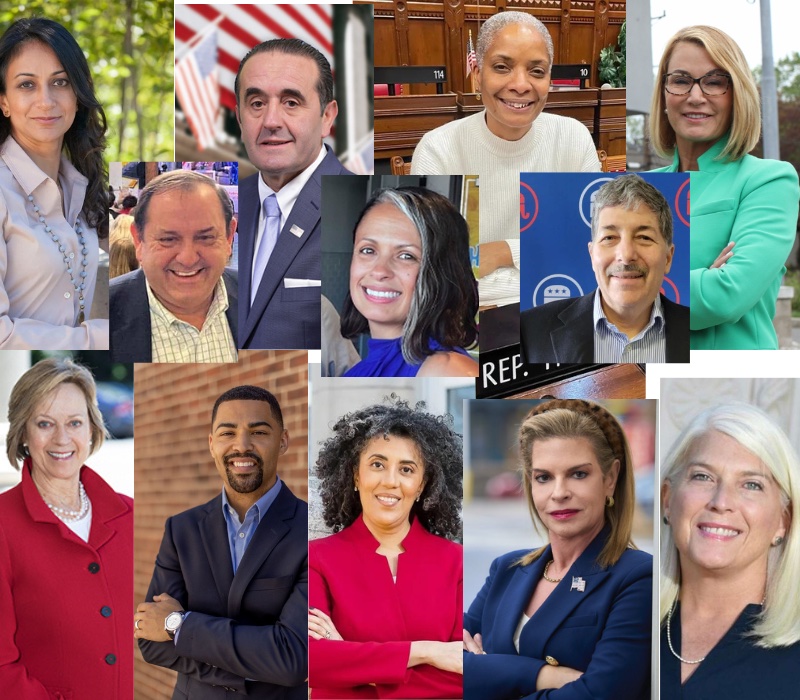 MONROE, CT — Registered Democrats and Republicans will be going to the polls to vote in their party primaries this Tuesday when the polls will be open from 6 a.m. until 8 p.m.

All of the names below are hyperlinked to candidates’ campaign websites.

In the Republican primary Themis Klarides, a longtime state representative, is the GOP endorsed candidate to oppose Democrat Richard Blumenthal for his U.S. Senate seat.

On Tuesday, she is being challenged by Leora R. Levy, a representative to the Republican National Committee for Connecticut who is endorsed by former President Donald Trump, and Peter Lumaj of Fairfield, who is running for the Senate for the fourth time in 10 years.

Republicans will also decide who their party’s challenger will be against Congressman Jim Himes (D-4th).

Jayme Stevenson, who was first selectman of Darien for 10 years, is the party-endorsed candidate. She is being challenged by Dr. Michael Ted Goldstein, a Connecticut resident of over 30 years.

Dominic Rapini won his party’s nomination to run for secretary of the state. He has coached Pop Warner football for 32 years and is in his 25th year in Apple, Inc.’s Consumer Electronics Division, where he was twice named Salesperson of the Year, according to his website.

He is being challenged by longtime state representative, Terrie E. Wood, R-Darien. She has a dozen experience years working for nonprofits, is known for her bipartisanship in the legislature and is endorsed by Klarides.

Two Democrats are vying for their party’s nomination to run for the vacancy left by Secretary of the State Denise Merrill’s resignation.

State Rep. Stephanie Thomas, D-143rd, is endorsed by the Democratic Party and Merrill. A small business owner, who has spent three decades advising and problem-solving for nonprofit organizations, Thomas is vice chair of the Government Administration and Elections Committee.

She is being challenged by Maritza Bond, who is director of Health for the city of New Haven, where she strives to create a culture of health and wellness, focusing on addressing social determinants of health and health equity, according to her website.

Erick Russell, Dita Bhargava and Karen DuBois-Walton are all vying for their party’s nomination to run for treasurer, since Treasurer Shawn Wooden announced he will not seek reelection. The winner will face Rep. Harry Arora, R-Greenwich, in the general election in November.

Russell is an attorney whose practice focuses on representing municipalities, state agencies and the state in financing critical infrastructure projects, such as schools, affordable housing, child care facilities, and transportation infrastructure, managing debt and restructuring pension obligations, according to his website.

Bhargava vows to use the power of the Treasury to fight the loss of reproductive rights after the Supreme Court overturned Roe v. Wade.

DuBois-Walton, who was appointed chair of the Connecticut Board of Education by Gov. Ned Lamont earlier this year, has over 20 years experience in public service, having served as chief administrative officer and chief of staff to the mayor in New Haven. She led the Housing Authority in New Haven over the last 15 years.