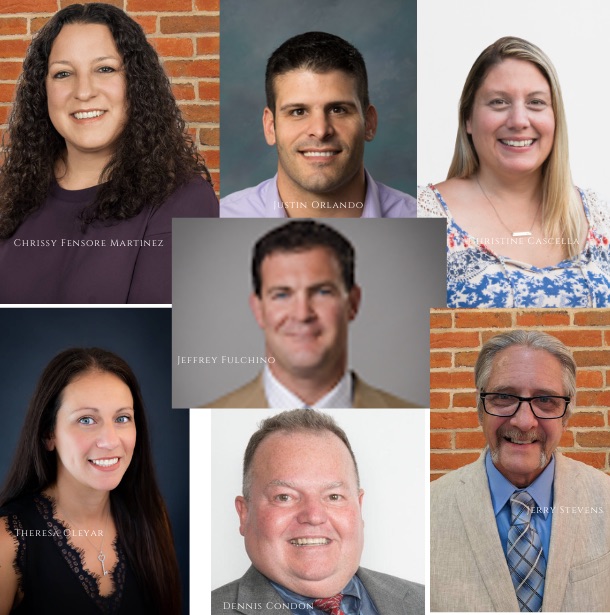 MONROE, CT — Board of Education member Nick Kapoor’s proposal for a transgender and gender non-conforming youth policy for Monroe’s public schools led to passionate arguments on both sides of the issue.

While some contend the town’s schools need a specific policy for the health and well-being of students who are struggling with their gender identities, others expressed concern over bathroom use and transgender girls playing girls’ sports. For details on Kapoor’s proposal, click here.

The Sun asked Board of Education candidates for their opinions on this issue. Here is the question and their responses:

Do you believe the school district needs a transgender and gender non-conforming youth policy beyond the policies already in place against bullying?

“The current policy that we’re considering, and what was presented, I’m not in favor of,” said Jeffrey Fulchino, an incumbent Republican. “I don’t think this is something we need to push through right away. I think it should be discussed and thought over, which is what we’re doing.”

Fulchino said the proposal is currently before the Board of Education’s Policy Committee and could see changes before it gets to the full board. He also noted there are pending State and federal lawsuits that could dictate things.

For example, he said the State could decide to mandate that every district have a policy.

“I don’t want to commit to something we haven’t seen,” Fulchino said. “But I have an open mind and I think it’s a good conversation we’re having.”

Asked for specifics on things he does not like in Kapoor’s proposal, Fulchino said it is too wide ranging and broad. He also said he wants to know if those who are for the policy support it in its entirety or if it is something in particular.

“We all care about our students,” he said. “We all want to make sure everybody’s well being is in consideration here.”

Fellow incumbent, Christine Cascella, a Republican, also pointed out that Kapoor’s proposal is still being vetted by the Policy Committee before a review and vote by the entire board.

“If the Policy Committee presents it to the Board of Eduction for a vote, I will review what is presented to me, ask questions, and my vote would be based on an educated decision,” Cascella said. “The Monroe school system complies with all state laws.”

Jerry Stevens, an incumbent Democrat, joined his party’s other candidates — Chrissy Fensore Martinez and Theresa Oleyar — in a joint statement on the issue:

The reason why local Boards of Education put policies in place is to give their school communities — students, staff, parents and town — a clear understanding of state statutes. This allows all stakeholders a reference to go to and specific guidelines to follow.

Stevens and Martinez also gave individual answers to the question of whether a new policy is needed.

Stevens said federal and State laws and regulations cover a variety of topics, for which school boards create policies.

“We have laws that cover racism, religious freedom, bullying, tobacco and alcohol use in Connecticut,” he said. “The reason why a local board of education creates policy around these laws is to give relevance to the students, staff, parents and community on how these laws relate to our school setting. Our policies clarify the laws for our schools. They give the law context and definition for application to our community.”

Stevens said a transgender policy is needed beyond the bullying policy that is in place because it would also cover identity, pronoun use, bathroom use, locker rooms and other topics not detailed in current policies.

Martinez said, “It is my opinion we, in Monroe, are lacking in policy to support and protect LGBTQIA+ students. Unfortunately, this did not get addressed at the time the State statutes were implemented and when CABE initially recommended this policy be added. The timing of this discussion is several years behind, but unfortunately now happening at a time of such inability to meet in the middle.”

“This policy is much more than the narrow lens of anti-bullying/harassment/discrimination,” Martinez said. “Students and families need clearly spelled out guidelines to help navigate their education. This cohort of students needs the district to define the process for them. Our policy should mirror state legislation and CABE recommendations in order to ensure compliance.”

Justin Orlando, a Republican running for the Board of Education for the first time, also shared his thoughts.

“Of course I empathize with any student going through gender dysphoria and I believe these students deserve all of the counseling support they need to help both the students and parents,” Orlando said.

“With that being said, there is currently a policy in place that protects all students and is sufficient in doing precisely what the proposed policy is stating,” he continued. “A separate policy that isolates a specific group of children is unnecessary.”

Orlando said accommodations can be made to ensure the privacy and safety of any student who is experiencing gender dysphoria, such as allowing access to individualized bathrooms.

“This will prevent any disruption to the vast majority of the student population, while providing the safety and privacy of those students who are seeking such accommodations,” Orlando said.

However, he said he does not believe transgender girls should be allowed to use girls’ bathrooms.

“I believe it is reckless to propose a policy that places biological males in female bathrooms,” Orlando said. “There is a safety issue as well as a privacy issue that arises as a result to this proposal. We have a real life example in Loudoun County, Virginia, which highlights the potential detrimental impact a policy such as this could have on our children.”

Orlando closed, “the Board of Education needs to account for how every policy it proposes will impact the entire school population and, in this case, we do not need to change the behavior of the vast majority of students to accommodate a specific few.”

Dennis Condon, another Republican running for the school board, said, “as a future Board of Education member, I view my role on the board as that of representing all of the members of the town’s best interests. I don’t believe it’s our place to campaign for our own personal agendas.”

“Although some Connecticut schools have a transgender-nonconforming student policy, the fundamental question hasn’t been answered to my satisfaction,” Condon said. “What is missing from our existing policies?”

Condon noted how the Policy Committee, the school board and Superintendent of Schools Joseph Kobza have said the district is in compliance with Connecticut Department of Education guidelines.

“I hear we are, from the individuals responsible for the welfare of our children,” Condon said. “So what is the real issue? Inflating a policy to make it harder for people to understand or should all individuals involved have spent the past several months using this as an opportunity to educate people on the existing protective policies? We as a Board of Education should be helping the public know what protections are in place that cover and protect all of our students.”