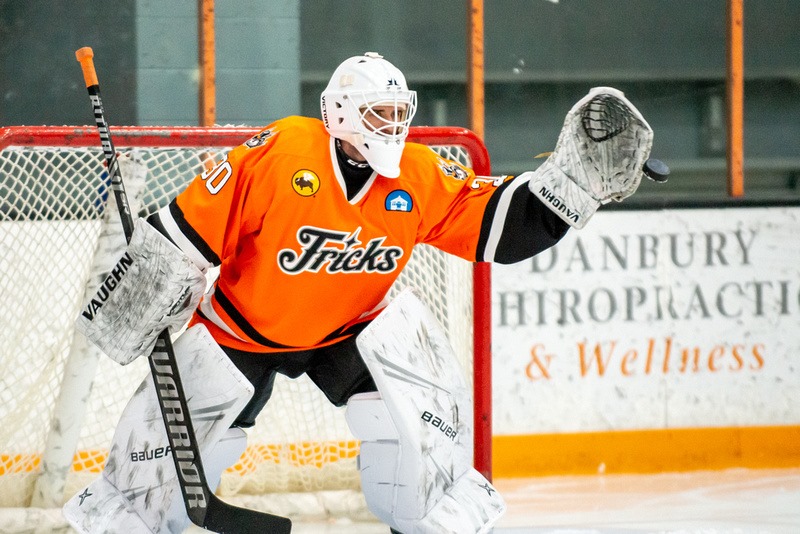 Supporting the American Cancer Society can save lives. Lakeside Nutrition's customers will meet the Danbury Hat Tricks Sunday and a portion of anything they buy in the store will benefit ACS. Danbury Hat Tricks Facebook page photo

MONROE, Conn. — Danbury Hat Tricks players and coaches are hosting an event at Lakeside Nutrition, 477 Main St. Monroe, this Sunday with the goal of fighting cancer.

Lakeside Nutrition, which will be open from 10 a.m. to 3 p.m., is donating 10 percent of the day’s proceeds to the American Cancer Society. The Federal Hockey League team will be there from 1 to 3 p.m.

“We’re extremely honored to host this event for a wonderful cause that is very near and dear to our hearts,” said Melissa Marti-Signor, co-owner of Lakeside, “and we’re very grateful to the Danbury Hat Tricks for coming out and doing a meet-and-greet for all of those who love the game.”

“It’s going to be a great event,” said Mitch Beck, manager of sales for the hockey team. “This is going to be a lot of fun. We’re going to make it a great time for everyone.”

Beck, of Monroe, lost both of his parents to cancer within a two-month-period last year. “Now I’m on fire, trying to put an end to cancer,” he said.

“We got involved in this fundraiser after Mitch brought this opportunity to us,” Sorcher said. “We knew he had lost his parents to cancer last year and we’re a very tight group and that mattered to us. It was also important to us, as owners of the Danbury Hat Tricks, to be involved in the community and to support important charities like the American Cancer Society.”

“We are also committed to always be supportive of our business partners like Lakeside Nutrition and we are, of course, always looking to make new relationships with hockey fans in the area,” Sorcher added. “We’re hoping for a big turnout and a successful event.”

Hat Tricks Assistant Coach John Krupinsky, a Danbury police sergeant, will be with his players Sunday. Beck said Krupinsky has made several appearances on Fox News and Fox Nation honored him with its Most Patriotic Sportsman of the Year Award in 2019.

Beck expressed his gratitude to everyone involved in Sunday’s event.