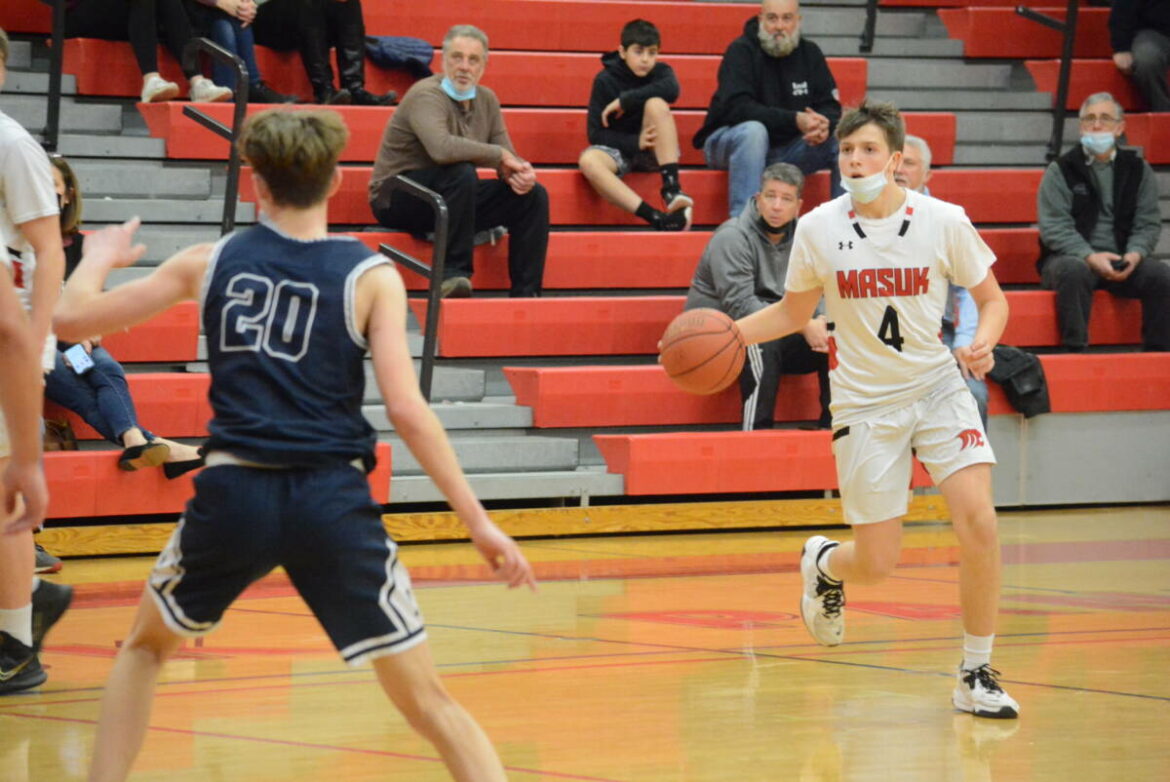 Masuk Panther Dylan Jackson dribbles the ball in a game against Immaculate.

Masuk High’s boys basketball team pulled out a 56-54 win at Brookfield on Feb. 18, then closed out the regular season with a 61-49 setback at Bethel on Tuesday. The Panthers finish at 10-10 overall and 7-6 in South-West Conference play.

Masuk earned the SWC’s No. 7 seed and will visit No. 2 Kolbe Cathedral in the tourney quarterfinals, scheduled for Friday, Feb. 25, at 7 p.m. If snow postpones the game it is to be rescheduled for Saturday at a time to be determined. Masuk lost 60-45 to Kolbe in a home game on Feb. 15.

Against Brookfield, Brandon Francisco had a big night with 24 points. Francisco hit four consecutive free throws and had a big rebound with under a minute to go to give Masuk the lead and add to it. Frank Piscitelli hit one of two foul shots with 10 seconds to go to add to the lead, and Jeremey Everlith had a huge rebound on a last-second shot to secure the win.

Sean Minnick scored 10 points, Dylan Jackson hit a trio of 3-pointers to score nine, and Piscitelli dropped in seven for the Panthers.