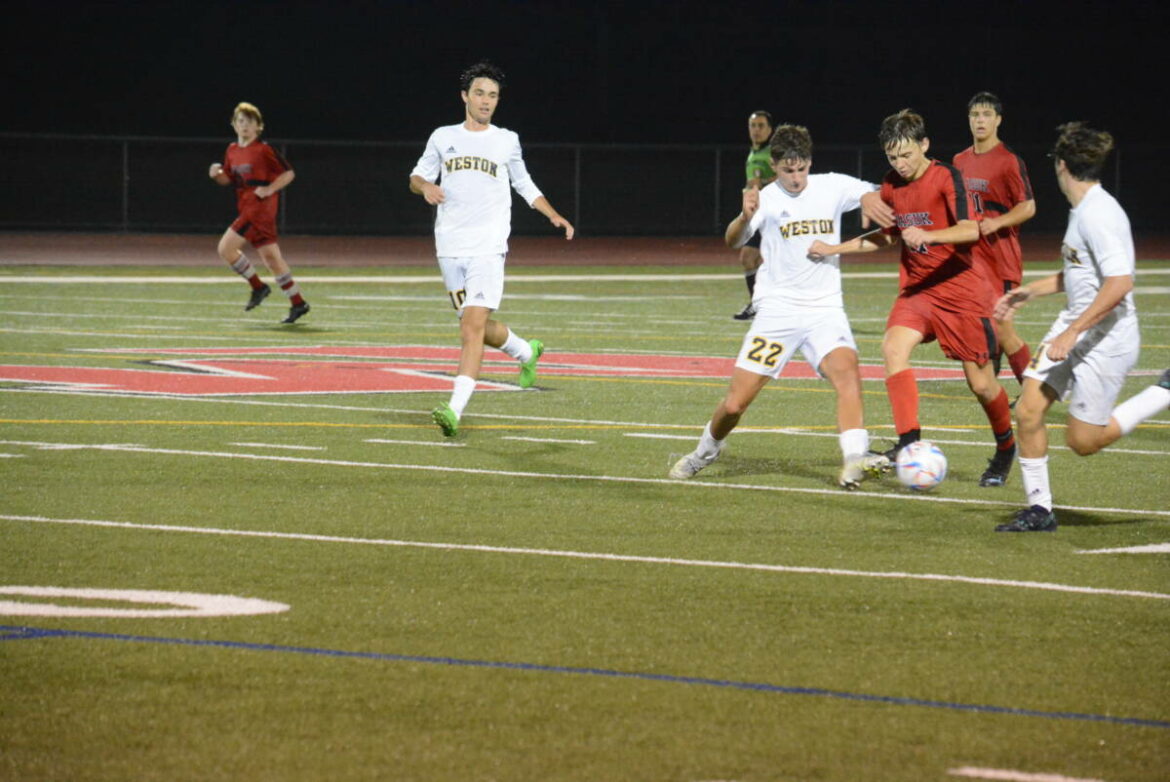 Kasper Murzinkski competes during a game against Weston this season. Murzinski had two goals in a win over Kolbe.

Masuk applied high pressure early and scored in the third and seventh minutes of the game to set the tone. The Panthers controlled the tempo and pace the entire way.

The Masuk defense, led by captain Riley O’Donnell and David Aguilar, quickly stopped any threat from Kolbe throughout the game.

“This was a good all-around game for us. I was able to get lots of players in the game and was able to rest some starters before our big test against a very skilled and complete team in Bassick tomorrow night,” Masuk Coach Brendan Cavanaugh said.

The Panthers host Bassick Friday under the lights at 7:15.