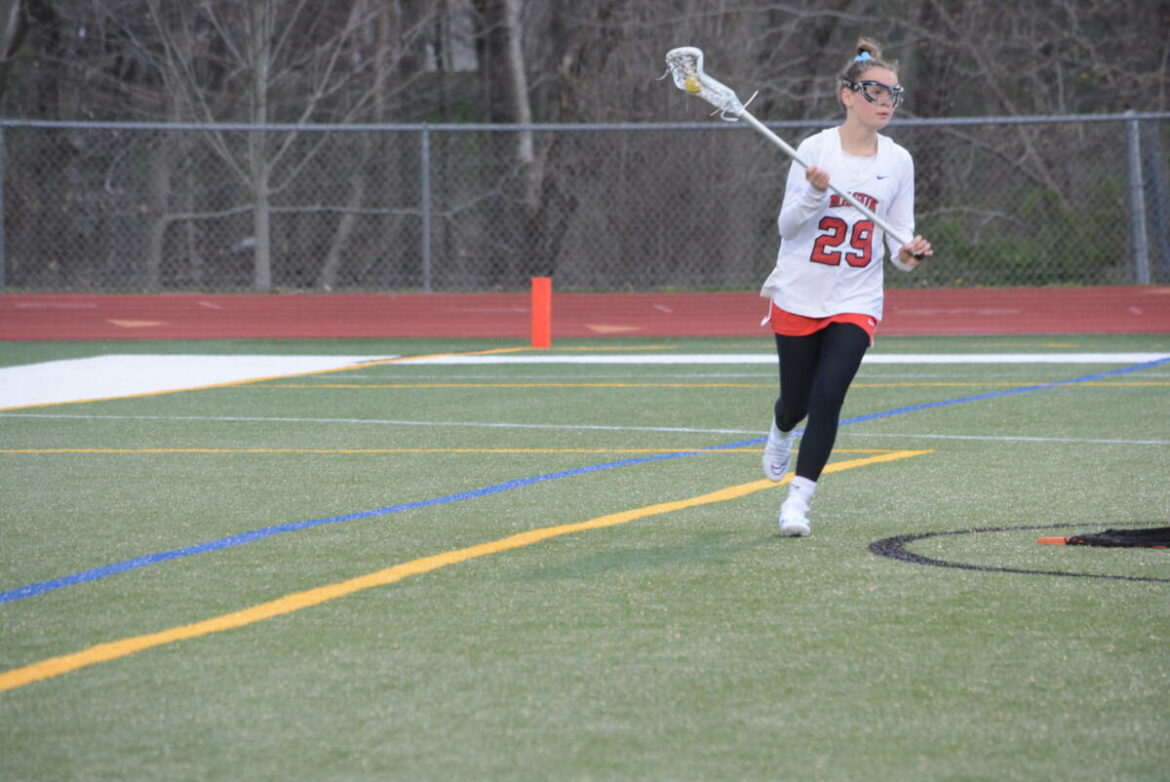 Amelia Logan has led Masuk's offense with 24 goals and 12 assists in the last five games, highlighted by her 100th career net-finder. In this photo she competes against Stratford-Bunnell on April 27.

MONROE, CT — The Masuk girls lacrosse team wrapped up six games in nine days by winning all six matchups in commanding fashion. Led by the scoring of Amelia Logan and Juliana Pagano, the Panthers improved to a record of 11-2 after their most recent win against Brookfield, a 13-9 road victory Wednesday.

Samantha Henry had 36 draw controls in this stretch of games to keep Masuk in control on the offensive end, Coach Rob Troesser noted. Sophia Clark’s 12 saves against Brookfield helped Masuk keep control of the lead after establishing the early advantage on the scoreboard.

The Panthers have won eight straight and sit in fourth place in the SWC rankings behind New Fairfield, Newtown and Weston — and the Panthers will look to swap with Weston after they meet in their regular season finale on Monday, May 16, at home (6:30 p.m.). 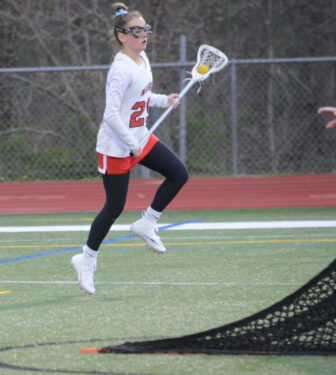 Masuk plays two games before then, at Bethel on Monday, May 9, at 5 p.m. and home against non-conference foe Southington on Friday, May 13, at 6:30.

Masuk is led by Amelia Logan who has 24 goals and 12 assists in five games between April 27 and May 4. Her scoring efforts were highlighted by an eight-goal performance which featured the 100th of her career in a 17-7 win at Notre Dame-Fairfield on April 28.

Masuk won back-to-back games against New Milford, following up an 18-1 road win on April 30 with a 20-3 triumph at home on May 3. Logan had a combined eight goals and 10 assists in those two games. She had four goals and two assists in the win over Brookfield.