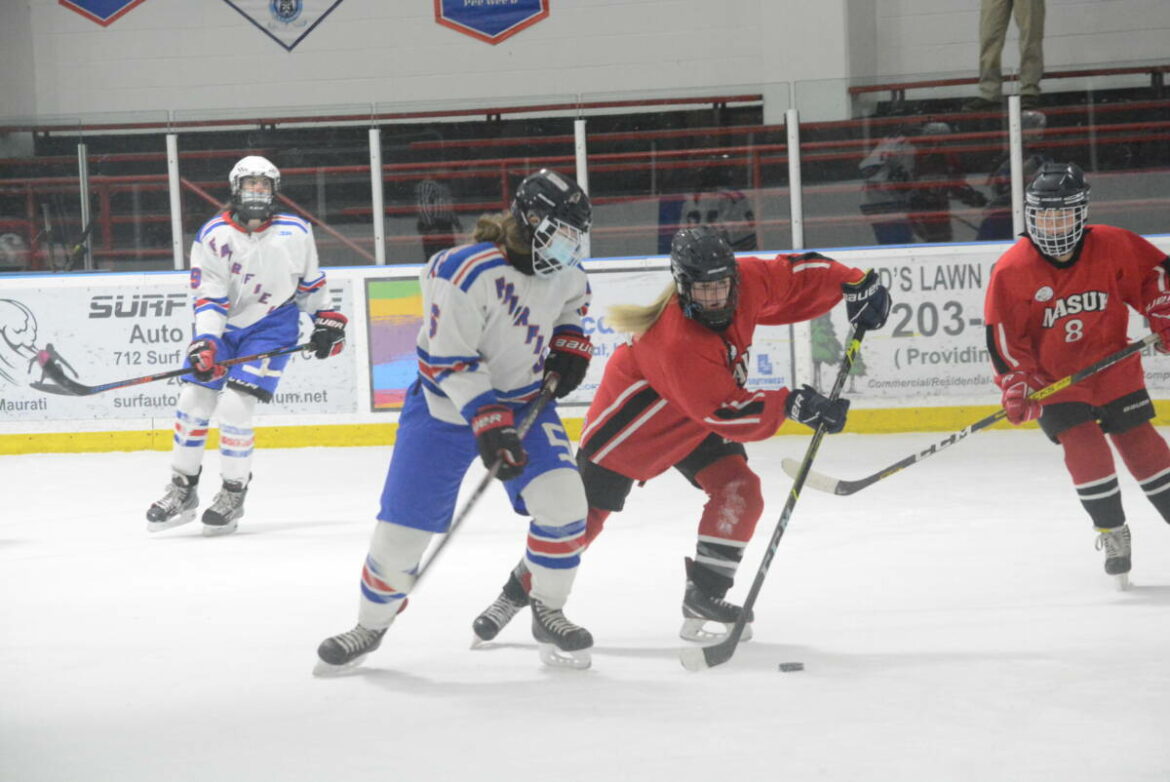 Lauren Heenie of Masuk shoots, while teammate Caroline Raymond, 8, looks on in a hockey game against Fairfield Saturday.

BRIDGEPORT, CT – The Masuk High-led co-op girls’ hockey team earned its first win of the season with a 4-3 edging of Fairfield, at Wonderland Of Ice, on Saturday.

The Panthers seized a 4-2 lead and then hung on despite being on the penalty kill for the last two-plus minutes of action. 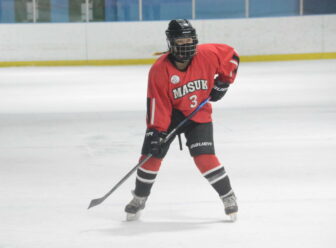 Aynsley Lane is one of the Masuk players on the girls’ co-op hockey team.

“They kept the intensity up and that’s all we could ask for,” Masuk Coach Ally D’Aurio said.

Fairfield opened the scoring before the Masuk co-op answered with the next three tallies. Alexis D’Angelo tied things with an unassisted tally and it was a 1-1 game after one period of play.

The Panthers kept the pressure on during the middle stanza. Maya Komorowski scored unassisted for a 2-1 lead and Caroline Raymond, assisted by Rinei Hawke and D’Angelo, made it a 3-1 game.

Fairfield scored just over a minute into the third to cut the lead to 3-2 but the Panthers responded only 2:10 later when Caroline Saussy was assisted by Maria Davison.

After Fairfield again pulled to within a goal, Masuk co-op goalie Eva Smith and the Panther defense shut the door. 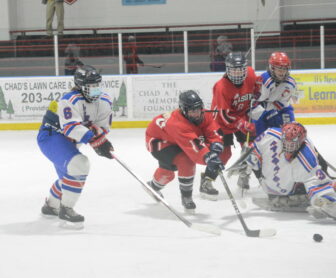 Lauren Heenie of Masuk attacks the net in a girls’ co-op hockey win over Fairfield Saturday.

“I think they needed to know what it feels like to win,” said D’Aurio, who is hopeful her Panthers will build off the first W.

The Masuk co-op got back on the ice the next night and fell 5-1 on the road to the East Catholic co-op. The Panthers dropped their first four games, including a pair of 4-3 nail-biters, one of which was in overtime.