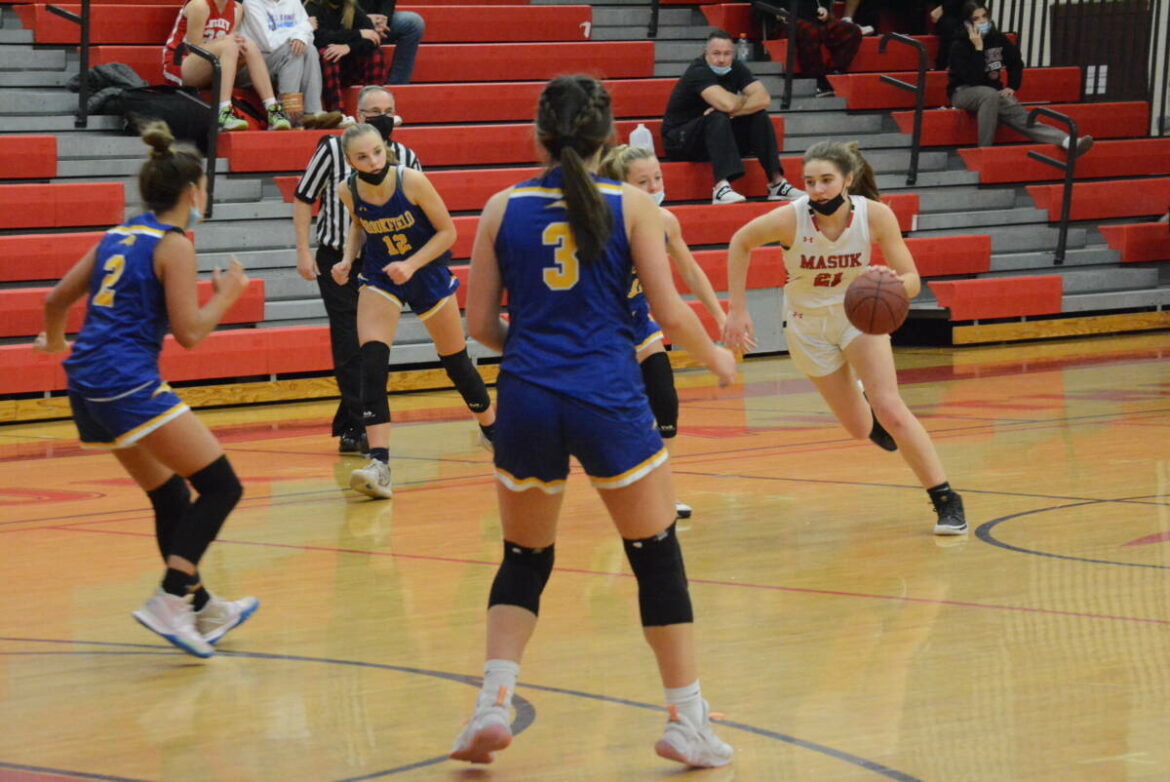 Hannah Fagan competes during a recent game against Brookfield. Fagan led the way in Masuk's Jan. 10 win at Stratford.

Fagan was 14-for-18 from the free throw line and the Panthers made 18 of 26 overall from the charity stripe.

Samantha Dube and Natalie Lieto both scored seven, Maia Ventresca had five, Alanna Tremalio had three, and Sofia Lieto and Ava Moretti each contributed two points in the victory.