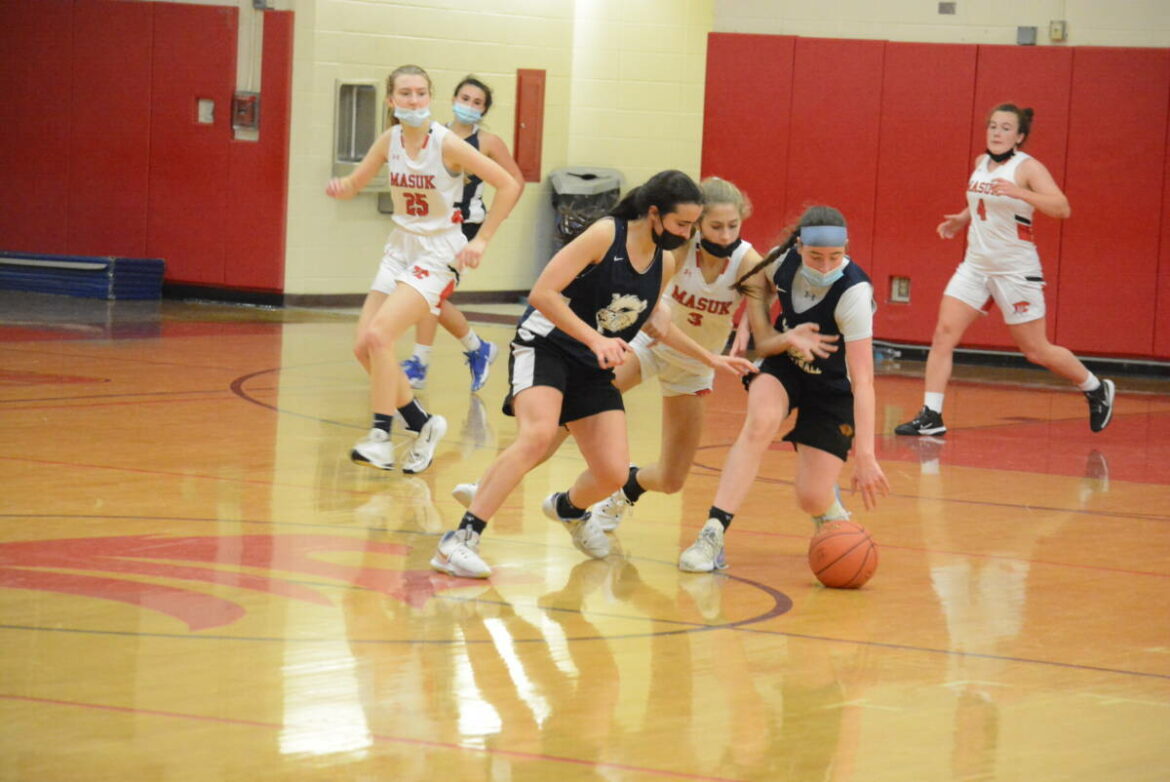 Sam Dube plays defense for the Panthers in a scrimmage.

The Masuk High girls’ basketball team breezed to victory in each of its first two games. The Panthers duplicated their offensive output and held the oppositions to a baker’s dozen and a dozen points with a 54-13 win over host Harding on Dec. 13, then a 54-12 toppling of visiting Bassick on Dec. 16.

In the win over Bassick, Fagan again led all scorers with 11, Bodden scored 10, Lieto had nine and Ventresca added eight.